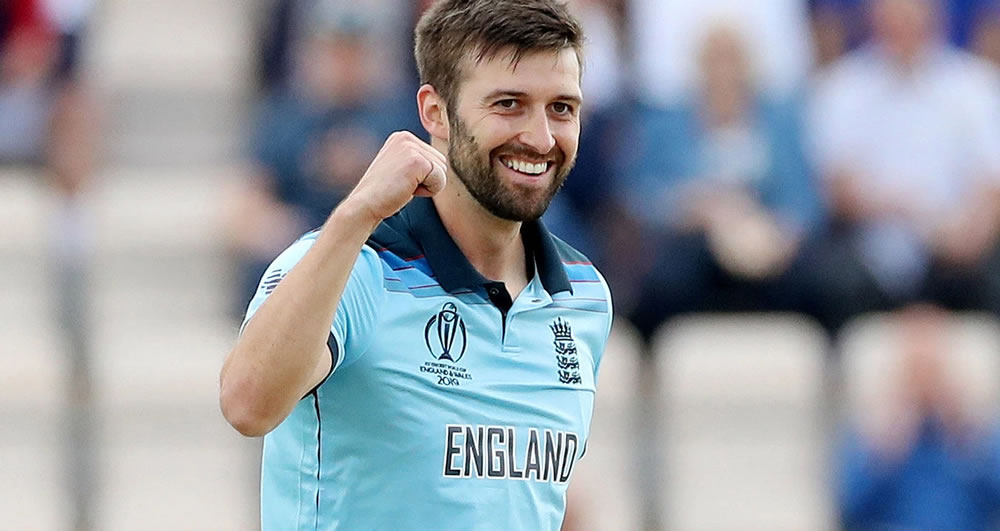 The 2019 ICC World Cup kicks off tonight, Thursday May 30th, with the hosts England taking on South Africa. It’s a battle of two powerhouse cricket nations to kick-start a massive ten-team, six-week tournament where just one country will be crowned World Champions.

England come in as tournament favourites, while the Aussies are on the third line of betting after some decent ODI performances in 2019. Of course Australia have had a torrid time since the last World Cup, and their ODI form was mediocre at best during that time, but a re-jigged lineup and, more recently, the return of Steve Smith and David Warner gives them some hope heading into the tournament.

Other contenders include cricket giants India who have an extremely talented squad, while New Zealand are considered an outside chance if things fall their way.

From a fantasy perspective, the major Australian DFS sites are offering fantasy cricket players some healthy contests to enjoy every day as you sweat the late-night cricket action. Draftstars have a $3,000 Guaranteed contest for England versus South Africa for a $15 entry, while Moneyball are giving us a $6,000 Guaranteed contest.

We’ll have regular previews here on Daily Fantasy Rankings throughout the World Cup to coincide with the launch of our new ODI Cricket Resources section. We’ve crunched the numbers from historical ODI matches to bring you all the fantasy information you need to help form winning lineups. There’s data for Points Against, By Venue, Player Scores and of course, Cheat Sheets for every match of the World Cup! 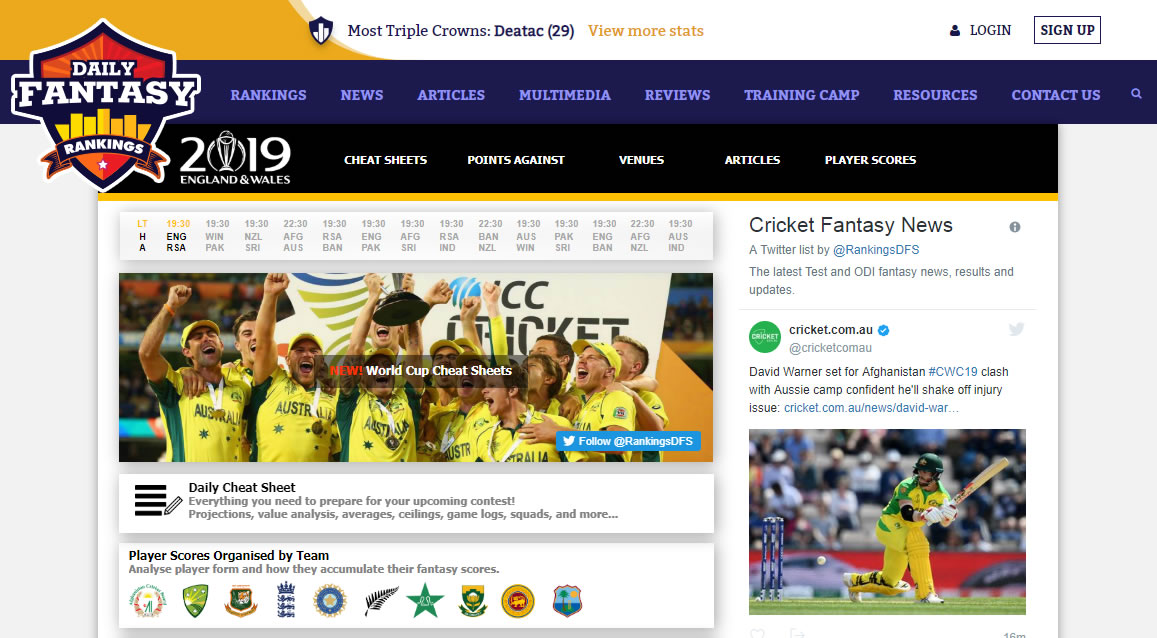 England have a few injury concerns entering the tournament but they will still be hard to stop on home soil. They could almost be credited with revolutionising the ODI game as they have brought T20 aggression into their entire batting order to enable them to post some mammoth ODI scores in recent years.

Jason Roy and Jonny Bairstow are a formidable opening combination capable of posting enormous totals in quick time. While Roy is quite expensive at $21,550, Bairstow is a bargain at $13,500 and should be a lock and load for every team on Draftstars.

There’s no wicketkeeper position on Draftstars, so Jos Buttler comes in as a batsman. He’s not cheap at $18,520 but you get the advantage of extra points from him for any catches.

I also like the price of Moeen Ali at just $13,220. Another multi-dimensional player, there’s a chance that Ali doesn’t fit into the England lineup, but if he does play, he’s capable of being very handy with either bat or ball.

CLICK HERE FOR THE ENGLAND VS SOUTH AFRICA CHEAT SHEET

For the Saffas, their main scoring power comes from Quinton de Kock at the top of the order. With five fantasy scores over 80 in his last six matches, de Kock also gives you the option for points from catches, so the double keeper play in this one is certainly a solid strategy if you can fit them both in.

The twist to the game plan will be if South Africa’s talented bowlers can do some early damage with the ball. Kagiso Rabada and Lungi Ngidi are capable of rattling anyone’s pegs and Imran Tahir is always a handful with his unique spin. With Ngidi and Tahir priced around $10k, they look great cheap options as bowlers.

With players like Eoin Morgan, Hashim Amla, Faf du Plessis and Jofra Archer all looking underpriced, you should have no worries with salary restrictions in this one. 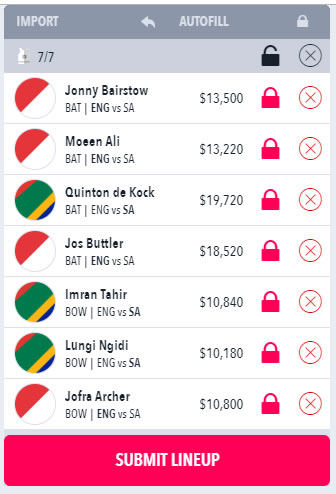