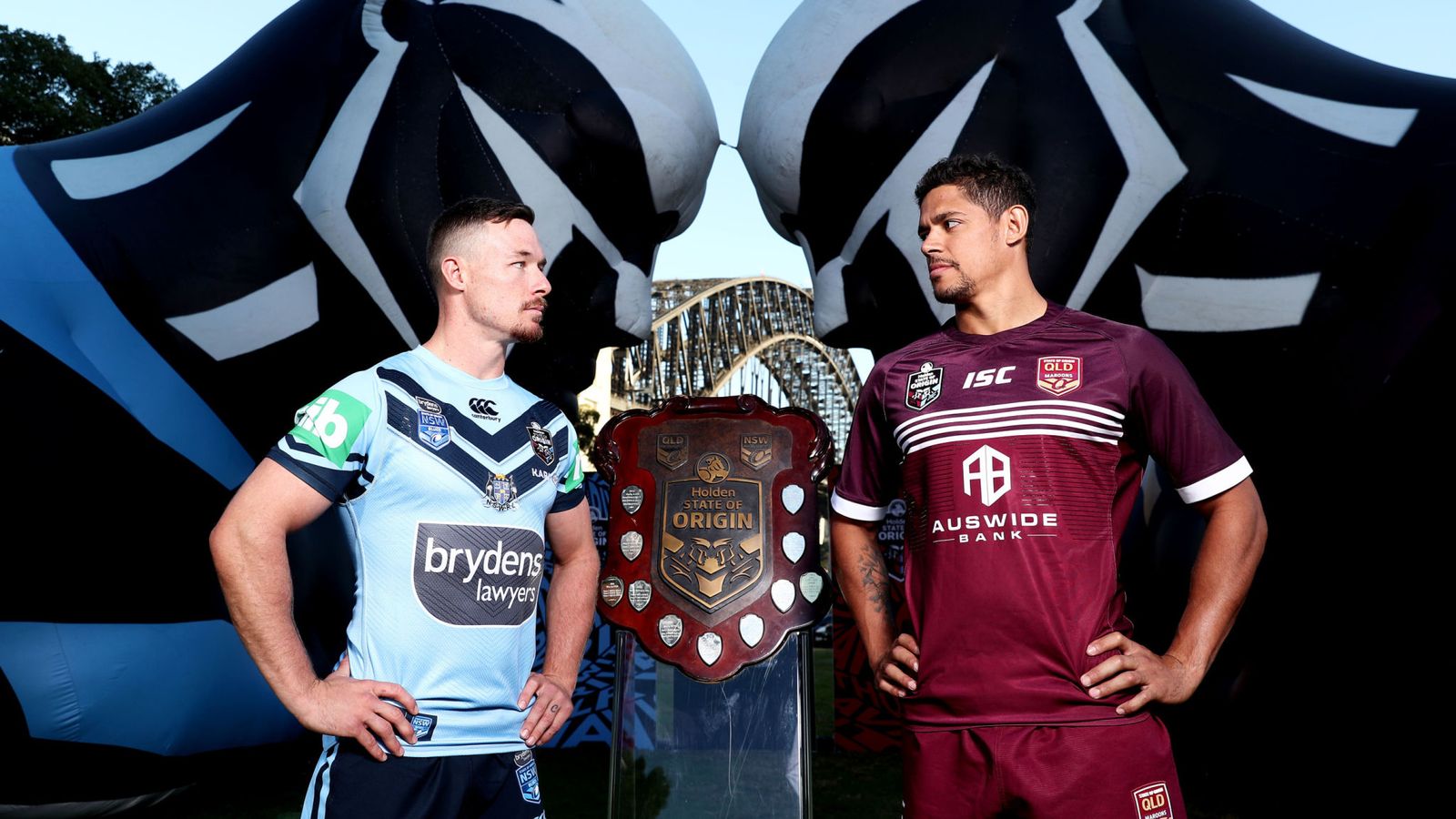 Optus Stadium in Perth will host its first ever State of Origin Rugby League game between Queensland and New South Wales on Sunday evening. Like game 1 this game is a coin flip from the bookies and total points is currently 32.5.

Coach Brad Fittler has made many changes to his NSW team - Latrell Mitchell, Josh Morris, Cody Walker, Angus Crichton have been dropped, Nick Cotric, Payne Haas and David Klemmer are unavailable due to injury. Blake Ferguson, James Maloney, Tariq Sims and Tom Trbojevic have been recalled while Dale Finucane and Daniel Saifiti have been selected to make their Origin debuts.

Coach Kevin Walters has tweaked his successful Origin I squad with Dylan Napa promoted to starting prop to replace the injured Jai Arrow with Tim Glasby coming onto the bench. Jarrod Wallace has been recalled to the bench for another forward unavailable due to injury, Joe Ofahengaue. Napa has a wrist injury with Welch in line to replace him in the game-day 17 if he is ruled out.

It was tic for tac on the DFS sites with a good old classic auction frenzy. In the end Moneyball are offering $31,000 GPP for a $15 entry over Draftstars $30,000 GPP contest at $15 per entry. The best ever DFS contests for Rugby League in Australia. Bravo to the sites.

What happened in game 1? In game that seemed to be error ridden, Queensland found themselves 8-0 down at half time before an 18 minute blitz of 18 points from Queensland put NSW away. A late Jake Trbojevic try gave “overs” punters (including the dragon) a glimmer in the last 5 minutes but alas the final score was 18-14. Gagai with a double including an intercept try which earned him Man of the Match honours.

Predicting forwards minutes in game 2 is a bit of a mess for New South Wales with 4 back row forwards on the pine where it is easy to forecast the forward rotations with Queensland. Best to stick with starting forwards if playing a small amount of lineups. On Draftstars alone there is 10 2nd row forwards to choose from!!

Let’s look at who I am targeting at this Sunday in Champ, Chance, Cheapie and Chump!

Champ - Damien Cook - Only injury will stop Cook from topping the fantasy point charts this Sunday after putting in a great performance for the Blues in game 1. 4 offloads and 4 tackle breaks to go alone with over 150 kick meters in Game 1 means that Cook is going to be the most popular player on Sunday. A scary fade but there are many ways to fit in Cook this Sunday with so many cheap forwards and backs to roster. Lock and load.

Chance - Ben Hunt - Well didn’t little Ben Hunt played a great game in the dummy half roll in game 1. Aggressive and sticking 53 tackles, it was a surprising performance yet I believe he can go better this game if the conditions (there is a forecast for rain) dictate more of the ball in Hunt’s hands. If it does rain you would expect more kicking from dummy half and more runs as well. If you can afford it using Hunt in a Half/Flex role is not a bad strategy at all. The only query and it is a hunch, Queensland may want to get Mbye involved a bit more and that could be mean throwing Mbye at dummy half.

Cheapie - Dylan Napa (If passed fit to play because he does have a crack in his wrist) - For a starting forward who will get 45 minutes then we can click Napa and move on. Yes, he did have 7 missed tackles last week which made his score look laughable but come end of 10 minutes he will go straight pass that score. I am sure the coaching staff would of have a look at this in the wash-up and get Napa to stick more tackles this time around. Salary is too cheap on DS and if he gets to 30FP on DS and 20FP on MB then we have value. If Napa does not play then whoever gets the start in Glasby or Welch are cheap plays as well.

Chump - Wade Graham - I am not confident that Graham will receive much game time considering we have Dale Finucane who plays Lock for the Storm, Tariq Sims who plays Second row for the Dragons and Cameron Murray who also plays Lock for the Rabbitohs. So this Blues bench are essentially the same type of player. When you consider Finucane comes on for Saifiti, Sims for Vaughan and Murray will sub on for Frizell (who only had 40 minutes in game 1) then I can’t see how Graham fits in. So along with Moses Mbye he is this weeks Chump.