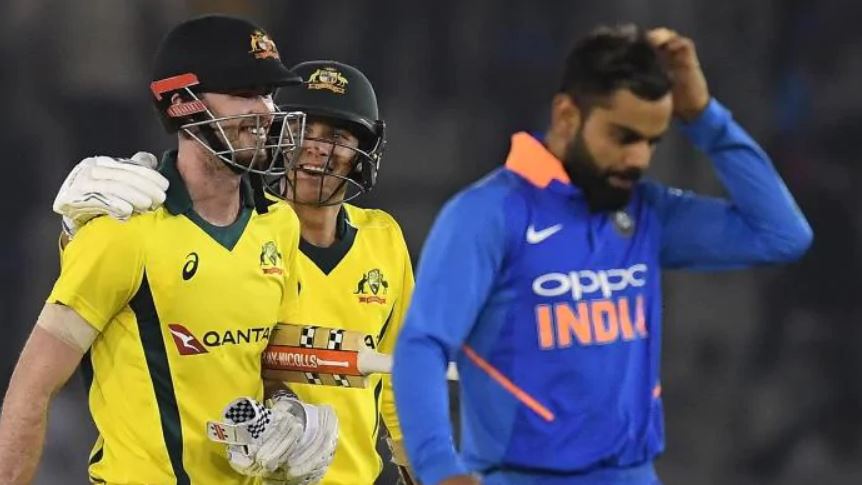 The Australian team is back in action once again as attention turns (briefly, admittedly) from the rich comedy that is the BBL to some (likely still comedic) international cricket. While we won’t get the joys of Thomas Rogers or Mark Steketee batting at seven or random umpires triggering dodgy LBWs on hattrick balls, we will, hopefully, get a higher standard of cricket. The World Cup being in India in 2023 means that learning to play in subcontinental conditions is crucial – and thus lends a tiny bit of meaning to what seems like an otherwise random three match series sandwiched into a packed ICC calendar.

We have our FREE Data Tools for this contest on Draftstars which includes previous player scores along with our FREE Cricket Lineup Builder.

While making the World Cup semi-finals certainly wasn’t a failure; calling it a success also falls a bit flat. It seems odd to say, but given the quality of opposition (or lack of it), Australia was fully expected to make the final four. Changes do need to be made, but not drastic ones. The top order (Warner, Finch, Smith) is fine, and the bowling unit proper (8-11) is world-beating when on. The issue comes from positions four through seven.

India are certainly not without their own issues. The problem with India is one of consistency. They have so many options that they don’t give players time to really grab a spot. Two failures in a row and a player gets carted off to Ranji to play Railways, only to be replaced by another. The new player knows what will happen if they fail (they’ve just seen it happen to their colleague!), so they’re under pressure from the get-go and thus the vicious cycle repeats.

Their lower order issues are well documented but even their top order is under the scanner right now. Rohit and Kohli are obviously locks but what about the other spot? Do they play Rahul? Do they play Dhawan? Do they play both, as Kohli indicated, and drop Pant? It’s the most ridiculous thing ever that a batsman of Pant’s quality is being considered expendable; but this is India, and here we are.

Mitchell Starc ($16,300, Draftstars) has taken 31 wickets in the 13 games he’s played in the last 18 months. In the two years prior to that, he took 43 in 21. Those are simply incredible numbers. He just knows how to bowl in this format, and will be a constant threat up front (if it swings), during the middle overs and at the death with his yorkers. He can go for runs if he gets it wrong, but he so rarely gets it wrong in the ODI arena. We’re getting a generous price on him – I think he’ll start at over $18-19k in the last match of this series.

I’ve decided to feature Steve Smith ($16,300, Draftstars) here because, even though he’s far from the worst bat on either side, his numbers in ODIs don’t justify the price that he’s been given. I have him projected around the 35-40 range, and at a strike rate far lower than what’s needed to get bonus points. He might hit his ‘average’ more, but his ceiling is far lower than a lot of others and you can spend the money better overall.

If he was more expensive then he’d probably be a pass but I don’t mind throwing a bit of cash at Marnus Labuschagne ($13,000, Draftstars) at this price. He’s largely an unknown in this format at this level but his technique is solid enough. He’s got the same characteristics as Smith (higher consistency, lower ceiling), but at $4.6k less. He could also get the heart pumping by sending down a few filthy leg-breaks.

My thoughts went straight to Peter Handscomb ($8,500, Draftstars) at first but I can understand how he could be useful as a cheapie to afford better players. I’ll actually give the floor to Kedar Jadhav, who is a terrible pick for multiple reasons. For a start, he comes in down the order so won’t score that many, and both him, and Handscomb project about the same, so you’d just pick Handscomb or Dube (as gross as that is) and save the cash. It could be a slightly different story if India play Jadeja at eight because it means he probably gets 3-5 overs but I think that’s the less likely scenario.