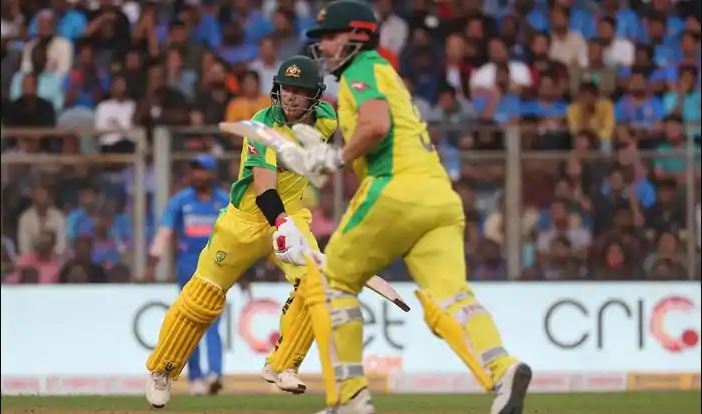 Australia and India will do battle once again in the 2nd One Day International in Rajkot on Friday evening (1900 AEDT). In one of the most extraordinary games of cricket in Game 1, the Aussie international team will take all the confidence in the world after “thrashing” India by 10 wickets. The unbeaten stand of 256 between Aaron Finch and David Warner was the highest opening partnership by any team against India in ODI cricket. The Indian team in defeat did effectively put it down as a “bad day in the office” and will be looking to bounce back.

The Saurashtra Cricket Association Stadium in Rajkot is a smallish ground and is generally a batsman paradise. With the weather forecasted to be a sunny day, the temperature will get to a rather chilly 8-10 degrees that evening with dew likely. Thus this would make it difficult for the bowling side in the 2nd innings. Most likely if you win the toss you have a bowl for the more favourable bowling conditions. The last T20 international played at this ground was an Indian win over Bangladesh in November 2019. India chased down 154 in 16 overs for the loss of 2 wickets. Digging even deeper the Indian Test team piled on 649 runs against West Indies and knocked them over twice in 2018.

It was a hard watch if you had heavy Indian favoured fantasy sides in game 1, with only Shikhar Dhawan and KL Rahul posting fantasy point totals over 40 points. With no wickets taken by the bowlers it was a dirty night both on the field and in your fantasy lineups. India will make changes to the lineup from game 1, headlined by Virat Kolhi announcing he will go back to the number 3 batting position. KL Rahul will swap and bat at 4. Rishabh Pant did not travel with the team and is unlikely to play after suffering a concussion. As stated in the preview for the 1st game, India like to “remove” players that underperformed and Shardul Thakur is in the gun to be replaced. Keep an eye out on teams at the toss.

Australia dominated the first game after India were 1-134 but destroyed the middle over and left them reiling at 5-164. What was more remarkable was the partnership between Finch and Warner. Whilst we probably won’t get a repeat performance on this scale, I wouldn’t put it past them to share in another 100+ stand. Draftstars has bumped up David Warner’s salary to $22,500 after his knock of 212 fantasy points. Warner’s last 6 innings (which goes back to the World Cup of 2019) go 278, 73, 16, 191, 9  and 212. Warner is clearly in the form of his life after destroying the Australian Summer. It is unlikely that Australia will make any changes to the top 7, but are considering a change to fast bowlers. Josh Hazelwood it appears will come in for either Mitch Starc of Pat Cummins as they have not missed a game since the start of the Australian summer.

If India do bat 2nd in this game then Sharma has the potential to go really big on this small ground. His price on Draftstars is just too appealing on what his ceiling is. Sure the failure in Mumbai will scare a couple away and Shikhar also playing particularly well in game 1. Projected to be the highest scoring player on the Indian side.

The quicks did the damage in game 1 with Zampa picking up a caught and bowled from his One-Day bunny in Virat Kohli. With this high scoring ground I cannot rely on Zampa to keep it tight for economy bonus and I can’t see Zampa going through this Indian middle order either. There are cheaper options from either team who have more upside. According to the Data Tools, Zampa has not passed 30 fantasy points in his last 4 One-Day games for Australia.

Along with the rest of the middle order for Australia, Carey only scored his 30 fantasy points through catches from behind the wicket. He is named to be number 6 in the order, so we either get an action packed 10 overs of batting at the end of an innings or a rebuild if Australia loses early wickets. Worth a shot at his price.

Kind of wished we saw Labuschagne first up in the yellow uniform but for the 59% of owners who had him were disappointed with 0 fantasy points. The ownership is likely to hold as his price remains the same from Game 1. Literally a who knows how he goes in this match.