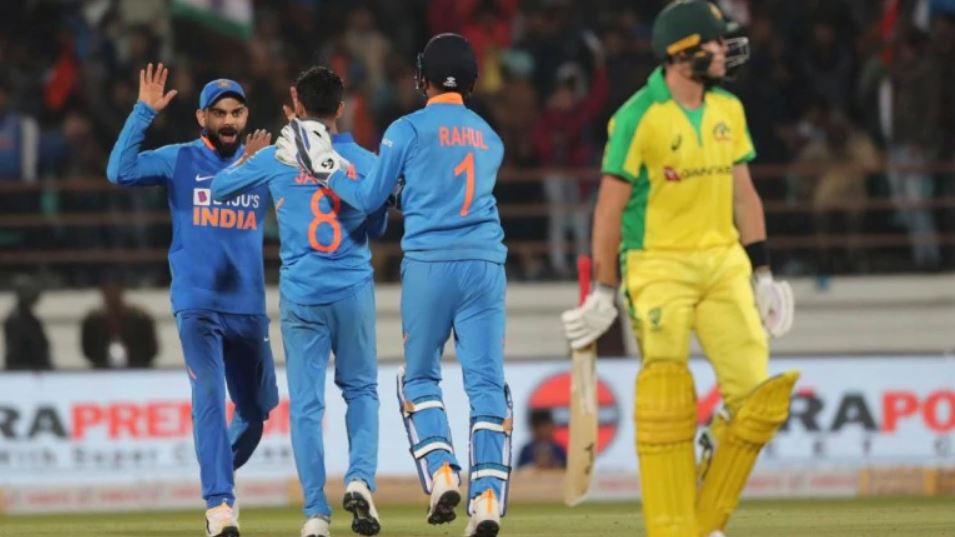 The M Chinnaswamy Stadium in Bengaluru is the venue for the 3rd and deciding One-Day International between India and Australia. The match will get underway on Sunday evening 1900 AEDT. It was a series billed as a showdown between two heavyweights and it has lived up to that. Both have traded punches and the contest will go down to the deciding round.

With Australia 1-0 up after Mumbai, India stopped their contentious decision to bat KL Rahul at 3 and put him at 5 in the order. Rahul’s adaptability meant that Virat Kohli could go back to 3 in the order but his success by scoring 80 off 52 balls could mean another promotion to bat at  4 in Game 3. Shreyas Iyer with fantasy scores of 4 and 7 should slide back to 5 in this decider. India bowlers also bounced back well after the drubbing they received back in game 1. Jaspit Bumarh showed why he is the leading one-day bowlers in the world with his accuracy and the death overs for Mohammed Shami and Navedeep Saini stopped Australia’s run chase in Rajkot.

Australia whilst disappointed coming up short in the run chase, I feel that they gave India 30 runs too many to start with. I was pleasantly surprised to see Adam Zampa taking multiple wickets in a game. It was a long time coming and again to nab them on that flat Rajkot pitch was pleasing to see. Zampa getting Kohli out again is starting to be a worry for Virat going forward. Australia were looking to rotate bowlers in Rajkot, but that didn’t eventuate and we find ourselves at a decider in Bengaluru.

A mostly clear and sunny day awaits in Bengaluru. The M Chinnaswamy Stadium has been a favoured hunting ground for the visitors, who have won each of their last three limited-overs internationals at this venue.

India are sweating on the fitness of Shikhar Dhawan after Pat Cummins gave him a nasty rib-tickler and on Rohit Sharma who hurt his shoulder saving a boundary in Rajkot. Risbah Pant is looking to return to the team as well after is concussion in Game 1. For Australia the same XI should be expected.

Dharwan is in some serious form at the top of the order after just missing a century in Rajkot. He made batting look easy and will enjoy another batsman paradise in Bengaluru. Very affordable price is the most attractive where you can pair with other in form batsman in KL Rahul.

Tough to put a player in this category but Turner’s upside is lacking when batting at 6 in Game 2. Alex Carey came to the crease at 5 killing Turner’s fantasy output at the death end of the innings. It will only take a top order collapse for Turner to produce a score of substance.

The 3rd paceman of this Indian side took 2 for 62 off his 10 overs in an impressive return to the Indian side. At a very cheap price point, Saini will be a popular play for teams that want to jam in David Warner and Virat Kohli.

Agar in Game 2 only produced fantasy production from the bat and in the field after going wicketless with the ball. Agar has the ability to score quickly with the bat but only has produced 1 wicket in the series. His price will make Agar a popular play but I am not sure on what is Agar is capable in Game 3.