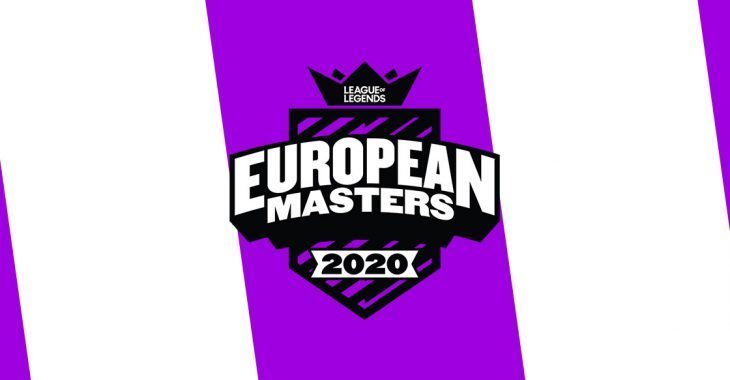 Welcome to Friday's League of Legends Daily Fantasy preview for DraftKings for Day 7 of the European Masters!

It was a remarkable Day 6 with BTXL going 3-0 and then winning the 2nd place playoff against GL to secure 2nd spot in Pool A. Looks like a giant playoff run to come for the UK outfit!

Today it is Pool C’s turn to complete their round-robin matches by playing each other over consecutive games in one day. For DraftKings contests however, they can only post 2 matches on a slate. So today we will focus on the early matches.

Here are today’s bookies odds with action getting underway at 0200 AEST (Thursday morning) and the current odds from Beteasy as of 1000 AEST.

Not sure after checking numerous agencies but we do not have a market for the SNG/S04E but we should have a fair idea that S04E (2-1) were going to be pretty shot against the struggling Danish outfit who are 0-3 through Pool play.

However it is a very important game for K1CK and MRS who both are 2-1 in Pool play and a win 1st up on Day 7 gives them a serious chance of progressing to the knockout stage. At this early market stage, MRS have their noses in front in terms of favouritism.

Kill totals are currently set at 28.5 with a 1.5 line towards MRS. Once a market goes up for S04E I will update here.

Let’s just talk about the elephant in the room first up. Team Singularity had a shocker of a Week 1. The question is will SNG improve to give these 3 teams a shake in rapid play today? The answer is probably no and these players are going to be extraordinary low-owned in this early slate. Of course upsets happen but I wouldn’t be building 20 teams and have 18 of those teams with this lot.

This leads to the next question, will S04E be worth the investment on DraftKings? If you were looking at the data then the answer would give you some cognitive issues. S04E defeated SNG 15 kills to 2 and had a 13K gold advantage. If you can make it work then S04E are a perfect cash build today. Note JNG Gilius should be back for S04E after not paying his internet invoice last week.

So this leaves the match between K1CK and MRS. K1CK exploded out of the blocks in Week 1 by knocking off SNG (36 kills to 9) and then upsetting MRS (14 kills to 3). A loss to S04E (24 kills to 11) brought them back to the pack and will go in as slight underdogs against MRS. Outside that loss to K1CK, MRS upsetted S04E on Day 1 then got the job done against SNG.

No question, this match has potential for in-game stacks with the affordable salary of both teams. A high kill total set by the markets along with an aggressive team in K1CK could lead to some 4-2 or 3-3 builds within this game.

As you can see in the data table, MRS spread the KDA across the whole team and this is reflective in their FPPG on DraftKings. On optics alone, casual players are going to see the inflated K1CK’s FPPG scores and gravitate to K1CK stacks. This could lead to lower ownership on MRS stacks including a strong TOP Beansu $5,800 - JNG Elyoya $6,600 - MID Xico $7,200 - ADC Javaaa $7,400 play.

However you cannot ignore the ceiling plays of ADC Puki Style $7,200 and MID Matislaw $7,000 who lead the teams KDA at 6.67 and 8.5 respectively. In GPP’s a small S04E stack along with K1CK are going to be popular.