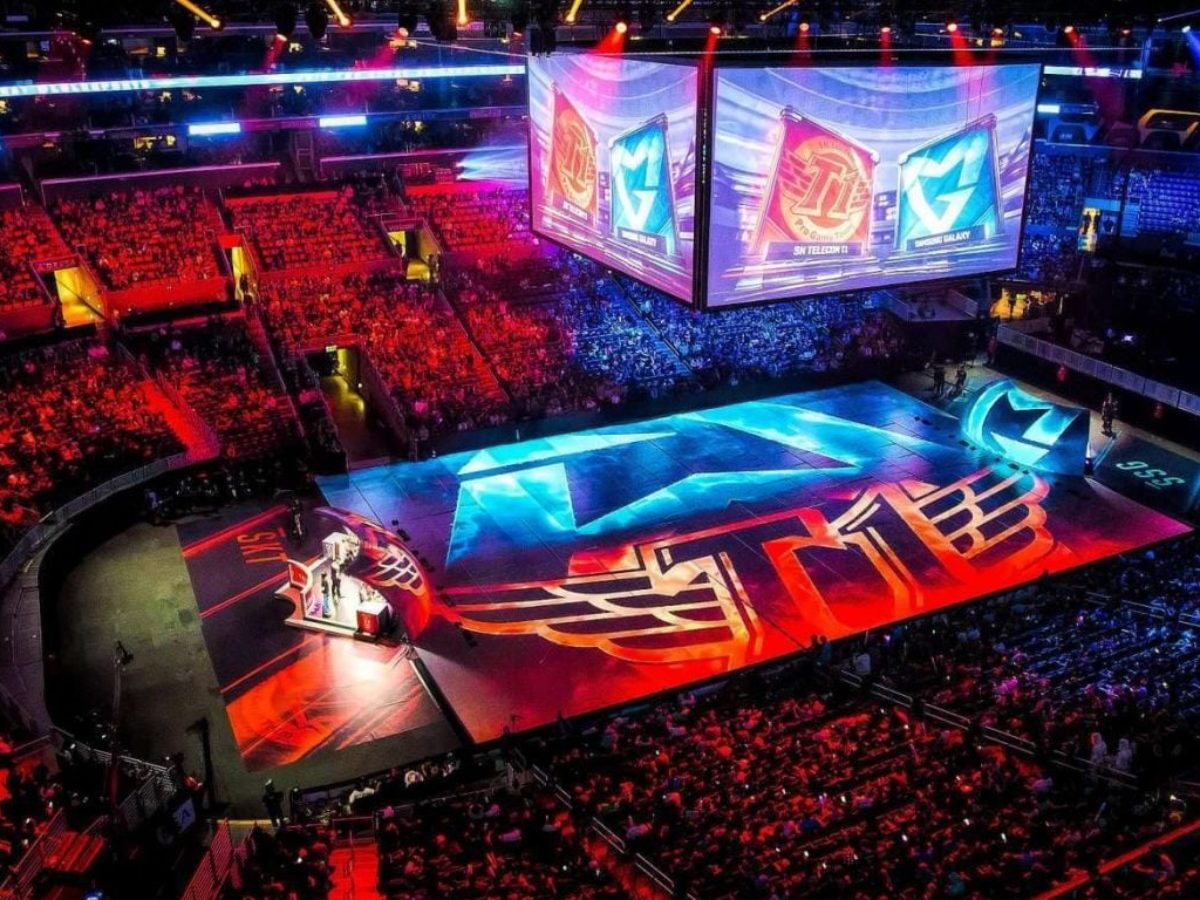 Welcome back to Sunday's League of Legends preview for DraftKings where league action continues in China.

Today is a 3 game slate with the Chinese League LPL in action. The Korean League LCK have started their Spring Playoffs but there is no scheduled match today. These matches are the best of 3 games.

The second last day of the LPL Spring Split and today’s schedule brings 3 heavy favourites. Team WE (6-8) chances of snatching the 8th spot in the league look dour where they face 6th place EDward Gaming (9-6). League leaders Invictus Gaming (13-2) get a very soft matchup against LNG Esports (5-10) and JD Gaming will look to extend their winning streak to 7 matches in a row where they take on 15th place LGD Gaming (5-9).

I can’t see any of the favourites who are playoff bound slipping up before the postseason begins.

If you are looking for Starting Lineups for the LPL you can follow @kenzi131 on Twitter who will post LPL lineups in advance. As of publication, our man Kenzi hasn’t tweeted out the lineups for today’s matches. Once he has I will update the article. However there are changes at EDG as per the tweet below

With thanks to rotogrinders.com here is today’s overall slate breakdown with the teams overall performance for the Spring season. Straight off the bat I am going to put LGD and LNG players out of my player pools today. LNG did defeat WE last start but IG is a different opponent altogether. LGD has nothing really to play for so this matchup with JDG could be over very quickly. JDG’s 1.5 K:D ratio and LGD’s 15 deaths per game is all you need to know here.

The matchup that has great fantasy potential is WE vs EDG. EDG just rolled over and was massacred by IG last match and yet WE still have a shot at the playoffs. This is a must win for WE and the likes of Teacherma ($6,800) and Jiumeng ($7,200) represent good value if you think an upset is on the cards. Team WE scored some decent fantasy scores in the losses against LNG & IG (Teacherma scored 70.8 and 60.06 in those losses) but they will need to bring their A-Game here.

Thanks to rotogrinders.com today’s ADC selection has some real clear cut targets for the slate. Puff ($8,000), Hope ($7,800) and Loken ($7,400) are all in fantastic matchups. Puff does have the lowest KDA out of the three targets yet LNG’s Light ($6,600) is a soft matchup for Puff. Puff however in his last 2 wins has averaged just 77 DraftKings points. This matchup might cap his ceiling to around this figure for Puff.

Considering price and ownership on the cheaper ADC Loken, I do like Hope’s chances for a big ceiling game for EDG. Hope, like his teammates, should bounce back from the loss against IG and go toe to toe with WE’s Jiumeng. Hope’s KDA of 8.09 is off the charts and is 4 points better than Jiumeng. Hope also has averaged 4.8 Kills per game which is 2nd on the slate behind Puff (5.5). 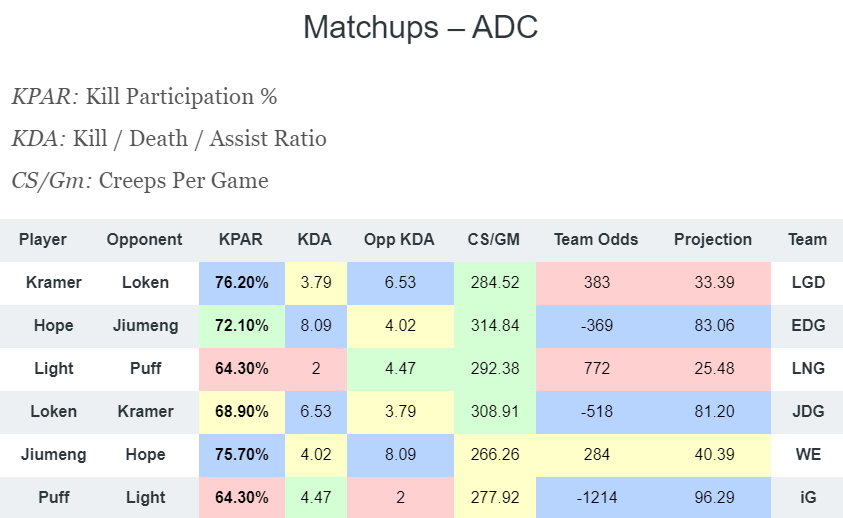 I had EDG has a featured stack against IG on Friday and they did disappoint me and my fantasy teams. Into the side comes TOP Aodi and JNG Junjia for Jiejie and Jinoo. I do expect WE to take it up to EDG in this match and you would expect WE stacks to be popular. I still want to be on the winner of the match and EDG represent low ownership and great upside,

JDG stacks are cheaper than IG and EDG’s stacks on DraftKings and will be very, very popular. TOP Zoom at $6,200 is fantastic value and should be a popular pick in the CPT spot. Try not to overthink this one and go with the crowd with JDG.

Key Target’s on the Slate