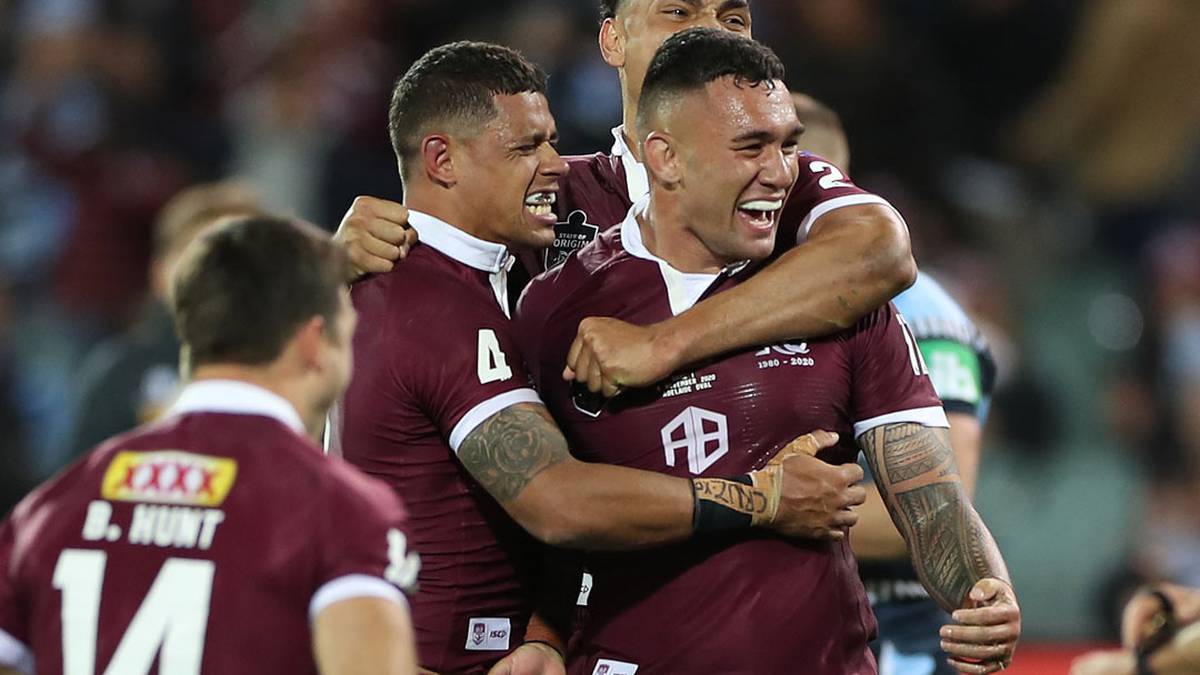 ANZ Stadium in Sydney will host the second State of Origin Rugby League game between Queensland and New South Wales on Wednesday evening. Like in Game 1 NSW are strong favourites despite losing Game 1 to Queensland last Wednesday.

Coach Brad Fittler has made many changes to his NSW team including: Boyd Cordner (Concussion), Cameron Murray (Hamstring) are out due to injury. Luke Keary is out of the starting 17 with Junior Paulo moved to the bench. In comes Payne Haas off the bench to start at prop and Cody Walker will start at five-eight to partner Nathan Cleary.

Coach Wayne Bennett has tweaked his successful Origin I squad with Valentine Holmes back at full back after suspension pushing Alex Brimson out of the side. Dunamis Lui makes his run on debut starting at prop for Christian Welch (Concussion) while Jaydn Su’A will start in the 2nd row for Coen Hess. Moeaki Fotuaika will make his debut from the bench. In the buildup to this match keep and eye out on Kurt Capewell as he has a groin niggle. Sydney weather is fine and should be a great night for footy.

Draftstars are back with another huge $40,000 contest and a range of high roller and small stake contests. Great to see that the pools filled last week so let’s hope the community supports this week’s contest.

What happened in game 1? It looked like it was all going to the predicted narrative after 20 minutes with NSW up 10-0. Josh Addo-Carr scored in the corner and we all must have thought NSW would run away with this. But to QLD’s credit, a brilliant 2nd half from Cameron Munster and Daly Cherry-Evans saw a couple of tries scored from broken play and deserved the win in Adelaide. In terms of fantasy scoring, NSW’s backs of Gutherson, Addo-Carr and Tupou all achieved great value but combo’s of Kurt Capwell, Daly Cherry-Evans and Daniel Saifiti were key pieces in the winning lineup.

I talked about in my Game 1 preview about predicting the forward minutes for either side. Unfortunately it was a bit of a mess for NSW with Boyd Cordner going off for a HIA and returning to the field and the popular Cameron Murray getting crushed in a tackle and injuring his hamstring after 2 minutes. What left scratching my head was the 55/25 split between Daniel Saifiti and Payne Haas. I was pretty certain that Haas would have played 40 minutes. No need to worry about Haas’ minutes now with Payne starting here, he should get at least 45 minutes splitting his time with Junior Paulo. I can’t see Saifiti getting 55 minutes again with Dale Finucane on the bench. I am also pretty certain that Angus Crichton will play his 55 minute role (as he does with the Roosters) bringing Nathan Brown into some work. Isaah Yeo is one to get the minimal time as Fitter would like to keep Frizell and Trbojevic on the ground.

For the Maroon’s, Coen Hess was a flop and thus Jaydn Su’A played the remaining 50 minutes in Game 1. Expect Su’A to play the majority of the match on Wednesday. Ben Hunt did join the action after 27 minutes replacing Faasuamaleaui and played 35 minutes. That move did spark the Maroons in his time on the park. I am pretty certain that will occur again, bringing Hunt into play for fantasy somewhat. Papalii/Collins and Lui/Fotuaika substitutions will see a 50/30 split. So the odd one out should be Jai Arrow.

WFB - As mentioned earlier, despite losing all three NSW WFB options + Gutherson who is WFB eligible all hit great scores last week and there is no worries going back to them once again. Josh Addo-Carr looks dangerous on the right side giving Sami a hard time and is my focal point for lineups. Maroon’s fullback Valentine Holmes is the ‘Ace in the pack’ at a very cheap salary and is not a bad pay down option if you cannot get to James Tedesco. Trying hard to resist the Xavier Coates/Phillip Sami combination even when Coates scored a 40m try last week. Blues backs for me.

CTR - I must admit Kurt Capewell’s 2nd half was very good last week but his injury concern and a week for Clint Gutherson to figure him out on film should see him bust this week. Jack Wighton will be better than last week’s poor effort so he must be considered and Dane Gagai is always going to give you a huge fantasy effort. Gagai for cash and Gutherson and Wighton for GPP’s.

HALF - While tempting to go back in QLD halves in Cameron Munster and Daly Cherry-Evans, there is a reason why NSW are very short with the markets. I’ll be personally starting lineups with Nathan Cleary and cheaper forwards or Cody Walker and premium forwards. Walker has a massive ceiling for the Blues as he has shown for the Rabbitohs late this season. One of the better valued plays on the slate and I will be with the field here.

2RF - Like last week, a very interesting selection of players to choose from here. Jake Trobojevic was in the winning lineup and got a $1,000 bump from Draftstars. He has that 50+ floor in him but his high salary does stick out with many cheaper players on the slate. Angus Crichton is an interesting one as I alluded to earlier, he will not be playing 80 minutes here. However at a fantasy point a minute he can get to 50 fantasy points in a flash. I do like Jaydn Su’A cheap salary at $8,740 as an option to save money. Only 22FP in 47 minutes of work but that did contain 2 errors and 2 missed tackles. Only needs to go over 35FP to achieve value. Nathan Brown is probably the only bench option I am looking here and is only $400 more than Dale Finucane who will probably grab some ownership.

HOK - Will need to eat the 75% ownership on Damien Cook at $16,130 after scoring 74FP last week. While Jake Friend was great with 53FP, that scoring gap between the two is critical in your lineup construction. If Cook scores relatively the same and Friend can eek out 65+ then you have some leverage in your builds. Ben Hunt as we saw last week was good for the Maroons but didn’t turn that stint into a big fantasy score.

FRF - I really want to play Payne Haas but man that $14K price tag is a big risk! But Haas is a fantasy beast who can easily rack up 50FP in no time whatsoever. Taking on Dunamis Lui and probably if he is still on the ground at the time Haas we go up against Moeaki Fotuaika/Lindsay Collins. This is a matchup I want to exploit but it probably needs you need to go cheap by pairing him with Lui or Fotuaika. I don’t mind Junior Paulo off the bench either if you want to go contrarian.

Final word: Surely Fittler and the Blues turn it around at home and square the series. The Maroons should be ok for the early stages but like Game 2 last year, I can really see the Blues racking up a score. Decide on your narrative and execute accordingly. 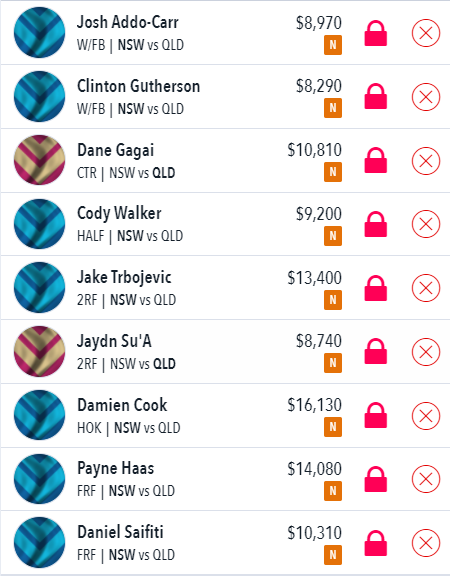