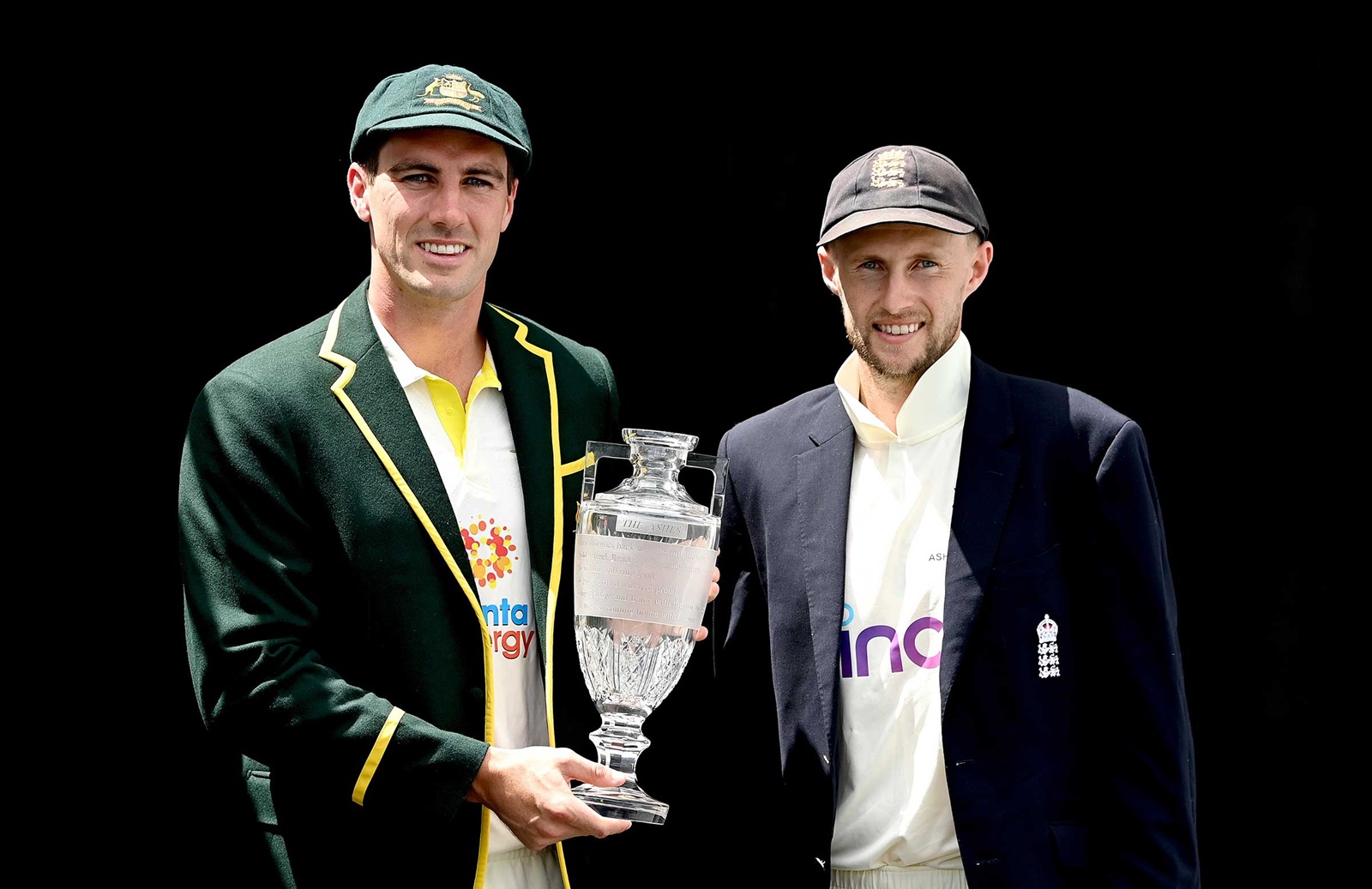 The first Test of the five match Ashes Series between Australia and England will get underway on Wednesday, 8th of December played at the Woolloongabba Ground in Brisbane. This Test series is the first Test for the Australians since their defeat to the Indians in last year’s summer in Australia. For England however, this calendar year has seen matches against Sri Lanka (2-0 series win), India (1-3 series loss), New Zealand (0-1 series loss) and India once again (1-2 series loss).

Draftstars offer Test Match Daily Fantasy and have posted a $15,000 contest for this match. Note Test Match scoring is different to T20/OD cricket as it is much easier to follow throughout the game. You want players in your team making runs and taking wickets. Simple game.

Woolloongabba (I might be the only person to call the ground by its proper name) has been fortress Australia since all of us have been in nappies and only one must look to the 2020 result to confirm this. Do you remember that India got rolled for 36? The pitch provides plenty of bounce and carry for the bowlers, but once batters are set on this pitch, it is fill your boots time. Preparation for this match has created a bit of a buzz with Brisbane’s weather effectively robbing both teams centre wicket practice and giving the curator’s a shorten window for pitch preparation. Add in Brisbane’s weather pattern of afternoon Thunderstorms mixed in with hot and humid conditions, it is going to a battle for the players first up.

Australia’s record in Brisbane has been weighted by the markets with the Australian’s $1.95 favourites to win the Test. The Draw is at $3.00, and England are outsiders at $5.00. England’s main hope in this Test match is to put them under pressure with their swing bowling. However, news broke on Tuesday that swing bowler James Anderson is out for this game with a calf injury. Huge news considering the Gabba will be likely to be offering swing throughout the match. This leaves Stuart Broad’s excellent lines to left handers (Harris / Warner / Head) and Ollie Robertson’s successful integration to the team as the key bowlers in England’s attack. England need to contain Australia to a modest to low total to have any chance of success. Talk from the English media however is that Stuart Broad won't play in the first test!!

For Australia, the final XI was named some time ago with Travis Head back in the side replacing Matthew Wade and Alex Carey making his debut for Tim Paine. Shane Warne’s protests for Mitch Starc not to be included in the team went down with a whimper with Starc, Hazelwood, Lyon and new skipper Cummins leading the bowling attack once again. Since Australia hasn’t played Test cricket in so long, it is hard to get a gauge on who is under the pump for team selection. Half the team has been playing T20 cricket all year, so it is going to be an interesting adjustment period.

As for your fantasy sides, Test cricket is all about building teams with players that are in the game. All-rounders are gold and wicket keepers can score well if involved in multiple dismissals. Build around batters who you think are going to ‘ton up’ and bowlers who are going to take multiple wickets. Simple. Lol.

The debut keeper gets to fulfill a long-life dream and debut on home soil. With the England keeping situation unknown until teams at the toss (I like Buttler at $13,000 if he does take the gloves), I am banking on Carey to build a solid fantasy score through dismissals (catches and stumpings) and obviously late runs down the order at number 7. Has being killing them in the Marsh Cup and the Shield so I do not see any issues taking the next step into the Test arena.

Sure, Mitch Starc’s lead up hasn’t been ideal but if Hazelwood can get wickets on lifeless UAE pitches in a T20, then swinging conditions with a bit of grass on the surface is surely a little bit better for Hazelwood. Great price and if Josh can get into the middle-lower order, he can certainly take multiple poles. Undervalued his salary on Draftstars and one of my first picked.

As I referred earlier, all-rounders are gold in this fantasy format and despite his injury concerns, Stokes is still the number 1 round Test All-Rounder going around. That $17k is a gift and despite making a lot of opponents’ teams it is a scary fade leaving out the main weapon for the England side. Get your Bingo cards out for the amount of times ‘Headingly’ is brought up on the broadcast.

Malan is no stranger to Australian conditions after representing for the Hurricanes in previous versions of the Big Bash League. Likely to bat at number 3 in the order, Malan’s talent in the T20 arena into the Test stage hasn’t really been a success so far. 830 runs at 28.6ave after 17 Tests makes me pump the brakes on his cheap salary. Good cheap filler but I wouldn’t go too overboard.

Form is good (Shield century on a minefield of a pitch), temperament is excellent and an appetite for runs and long innings. Just don’t like the salary. Top of the board for this match and while he makes an excellent tournament play with Steve Smith $1,300 cheaper, I can’t see Marnus bowling his leggies here which may cost him 20 fantasy points. A failure with the bat means you are holding onto a wasted $19k in salary. 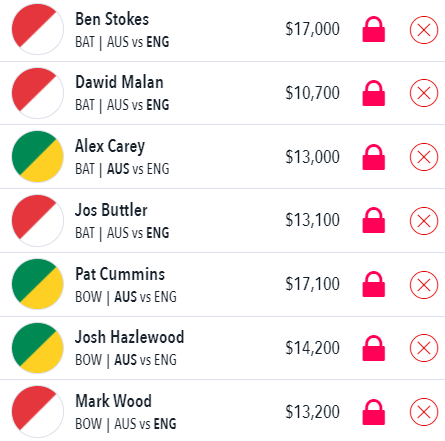