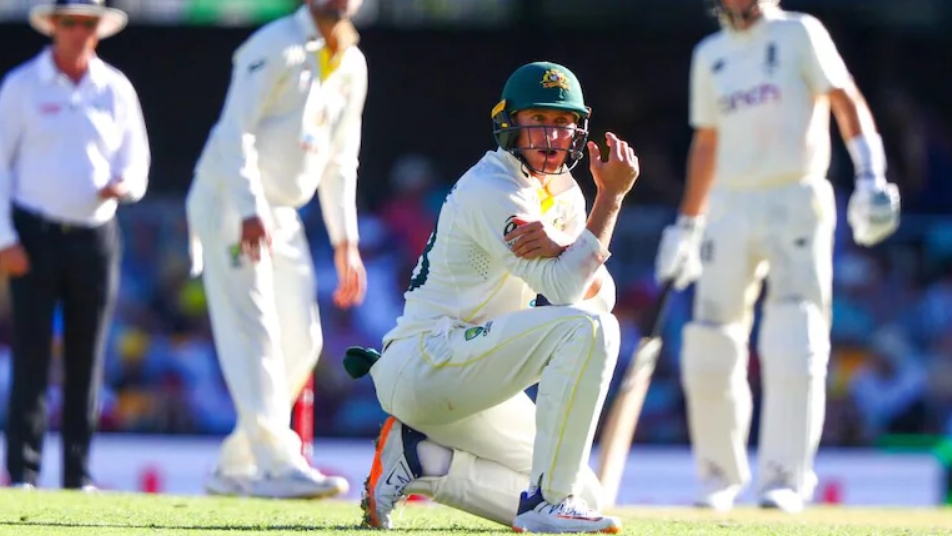 The second Test of the five match Ashes Series between Australia and England will get underway on Thursday, 16th of December played at the Adelaide Oval. After a pretty convincing win in Brisbane, the Australians will be looking to take a strangle hold on the Ashes but England may have other ideas and look to square the series under the floodlights.

Draftstars offer Test Match Daily Fantasy and have posted a $15,000 contest for this match. Note Test Match scoring is different to T20/OD cricket as it is much easier to follow throughout the game.

Adelaide has hosted 5 pink-ball Test matches during Australia’s summer schedule and have won all 5 by some big margins. Australia is actually 8-0 in the format with wins in Brisbane and Perth since 2015. Unless weather is quite nasty (well it is pretty hot on the forecast on Day 2), then I am expecting a result within 5 days here.

Australia’s record in Adelaide plus a big win in Brisbane has been weighted by the markets with the Australian’s $1.72 favourites to win the Test. The Draw is at $7.50, and England are at $2.85. I wrote in the 1st Test preview that England’s main hope was their bowling attack. They proceeded to rest Jimmy Anderson and Stuart Broad and threw Jack Leach to the Wolves. With Broad and Anderson back in the team, it will be interesting to see what the rest of the attack looks like. Jack Leach is likely to miss but that leaves a lot of spin bowling to Joe Root. With 100% match fees disappearing due to low over rates, Dom Bess might be a sneaky chance to play. Ollie Robertson is the future for this team so he ain’t going anywhere. So, it will be out of Chris Woakes or Mark Wood (confirmed out from the England camp) making way (could be a combination of both). The top 7 should be the same but Ollie Pope will be having sleepless nights if he doesn’t make runs.

For Australia, it has been carnage. Already into a forced changes with Josh Hazelwood pulling up lame and Pat Cummins caught in COVID drama, they have brought in Jhye Richardson and Michael Neser to lead the pace attack. Richardson is going to be lethal on this surface and looks a great Draftstars play, whiltst Neser should get the ball talking. The Aussie’s are also sweating on the fitness of David Warner who has sore ribs but Pat Cummins came out and said he is good to go. The Aussies were in the position to rest Warner if required after being 1-0 up, but Warner doesn’t like missing games and he is ready to play. With Travis Head making runs, Marcus Harris is the media’s next target, and all eyes will be on him.

As for your fantasy sides, Test cricket is all about building teams with players that are in the game. All-rounders are gold and wicket keepers can score well if involved in multiple dismissals. Build around batters who you think are going to ‘ton up’ and bowlers who are going to take multiple wickets. What we learnt from the 1st Test that Carey/Buttler took plenty of catches and backed that up with handy runs. However, with a Test result likely, invest in Bowlers that are going to the wickets and make sure you do not correlate with opposition batsman. With Cummins and Hazelwood gone, it can be easy to make Australian themed bowling attacks, but keep an eye out on English bowlers such as Anderson who can make the ball talk under lights.

Whilst Head and Warner took the highlights from the 1st innings in Brisbane, Labuschagne looked very good making 74 but also taking three catches. With Joe Root making runs and Stephen Smith $300 cheaper, you will find not many taking Marnus and pinning their hopes on Root/Smith. Has the temperament to play for hours and if the Aussies are batting during the day, I am expecting Marnus to bat all day long. I didn’t like him in the 1st Test but I have come full circle.

Richardson getting the nod means he is the cheap bowler I want to target. Whilst Starc and Lyon will now lead the bowling attack, having Australia’s newly called up 3rd paceman is perfect in your bowling spot. With Robinson, Broad & Anderson priced over $15k, it makes sense having the newbie here. Prefer over Neser as well.

Guess I better pick an English player but continuing the cheap keeper role, Buttler is the one for me. Cheaper than a popular Alex Carey and personally I see more upside in his batting if the top order fails once again. Given his floor for catches, Buttler is a good cheap Bat.

When you think of Pink-Ball Tests, you think of the quicks grabbing all the wickets in the innings. However, despite a quiet game against India in 2020 (India were rolled for 36 by the quicks), Nathan Lyon’s record in Adelaide under the lights is pretty good. 5 wickets against Pakistan in 2019 and 8 Wickets in 2018 shows he is an integral bowler in the Australian set-up. Interesting play and one I am on the fence here.

The kid finally got his first Test wickets but that leave for a Golden duck means we can’t be trusting Green for fantasy just yet. The salary is cheap and being an all-rounder is gold in this format, but I need to see a break-out before we get excited. 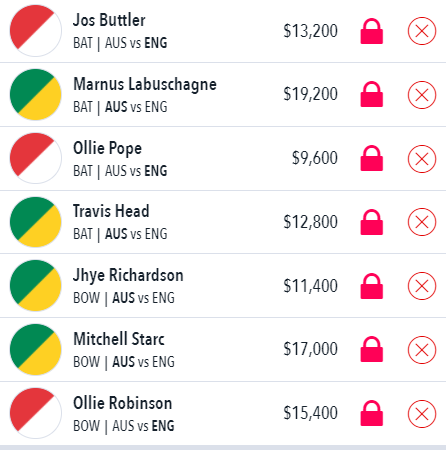