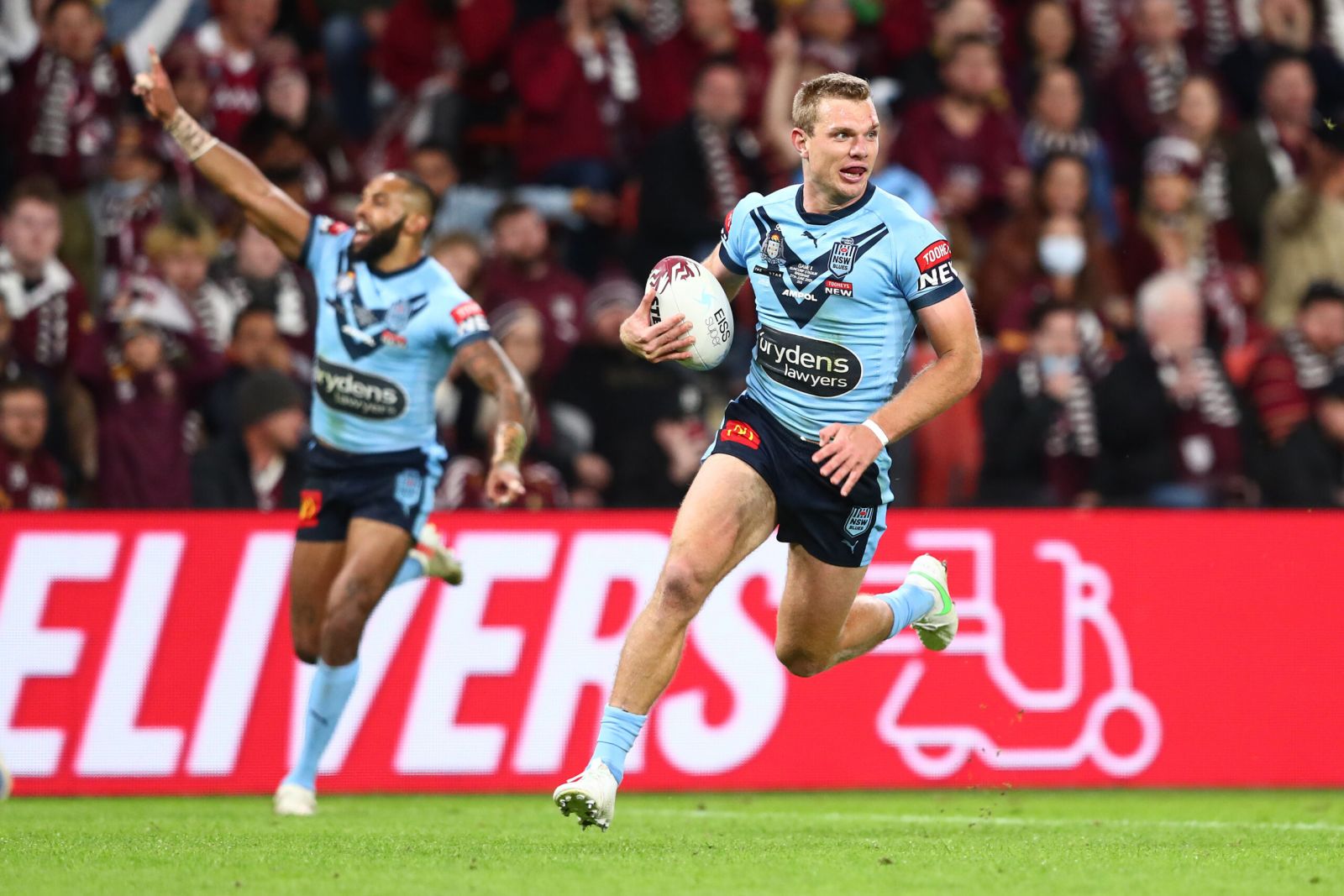 It’s always a slight letdown when Game 3 of an Origin series is a dead rubber, but no one on the field will be taking it any easier. NSW will be seeking the rare clean sweep, and Queensland will be desperate to avoid the most comprehensive drubbing in Origin history. The game has been shifted from Newcastle to the Gold Coast, meaning that all 3 games of the series have been in Queensland. It’s not the best series in history, but Origin is special no matter what and there is plenty of big prizes to compete for.

Draftstars has a $40,000 contest with $3,915 to first place. There are also several other contests including the Mini, Micro, and the High Roller plus two Golden Ticket qualifier contests.

The Blues lose both their halves, with Nathan Cleary and Jerome Luai succumbing to injury. Jack Wighton moves up from his utility role, and Mitch Moses will make his Origin debut. Daniel Saifiti is also out with injury, earning a call-up for veteran Dale Finucane. Api Koroisau comes onto the bench as the new utility.

The Maroons lose forwards David Fifita and Jai Arrow to suspension, with Tino Fa’asuamaleaui promoted to start at lock, and Thomas Flegler joining the bench. Kalyn Ponga is back at fullback, with Val Holmes shifting to the wing in place of Kyle Feldt. Ben Hunt will start at hooker, with Andrew McCullough out of the team and Alex Brimson returning on the bench as the utility. Kurt Capewell moves from centre to the second-row, opening up a spot for Hamiso Tabuai-Fidow to make his debut.

Despite the loss of both halves, the NSW team still looks the classier outfit. Kalyn Ponga’s return could make some difference, but the weakened forward pack probably cancels that out. The winning recipe so far has been stacking the NSW backline and then getting funky in the forwards, and that is likely to be the case once again.

You can’t really go past Hunt as the clear value play on the slate, and pretty close to a free square. He’s much cheaper than his usual NRL price thanks to being a utility in most Origin games, and he’s playing hooker where he’ll have a pretty safe tackle floor. His HLF/HOK eligibility means that you can still play an expensive Damien Cook if you wish, but it’s not advisable with Api Koroisau lurking on the bench and likely to give him a decent rest.

What is happening with this price? To’o has scored over 50 in each of the first two Origins, and he’s gotten cheaper for the next game both times. The little ball of muscle from Penrith is also averaging 50+ in his NRL outings this year, so it’s going to be very hard to pivot to any of the cheaper Queensland backs. Kalyn Ponga is also pretty cheap and is clearly the pick of the Maroons options.

Distinguishing between the forwards is not easy on this slate, but I’ve settled on the big prop from the Eels. He’s had a very quite year by the standards we’d come to expect of him, but a move to the starting lineup and the loss of Daniel Saifiti should give him every opportunity to succeed. Payne Haas eats up a lot of minutes off the bench in the prop rotation, but there should be enough left over for Paulo pay off his reduced price tag. Tariq Sims is another play that I like at a similar price tag.

I’ll pick on the rookie, but really this can apply to most of Queensland back five (especially Coates and Holmes). The Hammer is an exciting young player, but he’s not a particularly good fantasy scorer at NRL level. I struggle to see him stepping up to this level and posting a significant points total against this fearsome NSW backline. He’ll have his hands full trying to contain Latrell/Turbo, let alone running past them when Queensland do manage to get some possession. Holmes is much poorer for his move to the wing (he’s been average anyway).

I’ve got little choice but to pick on DCE, the media started it after all. The guy is a genuine gun both in real life and in fantasy, but he’s not historically been at his best at Origin level and again this season hasn’t shown a true ceiling game. His 59 points in game 2 was solid and is repeatable but will that be enough with the likes of Moses, Wighton and even Munster all capable of similar output at much cheaper prices. It would take a 70 to make DCE the clear best play on the slate, and I just don’t know if he’s got it in him.

Who Knows - The CTR Position

I’ll contradict myself by saying that we DO know what’s up at this position. Tommy Turbo is a superhuman in 2021, and he’s a good play regardless of price. Latrell Mitchell showed what he can do in game 1, and is also capable of paying off an elevated price tag is this turns into another demolition job. The uncertainty comes from the fact that on a normal slate true centres have almost no chance of paying off those price tags, and if Queensland keep the game close then someone else might be the better option. There is a good alternative in the form of Kurt Capewell, who played centre in the first two games but has now moved to the back row. He’ll score much better in that role, and is a chance to play 80 minutes with no real natural edge forwards on the bench to come on for him. Dane Gagai is the other one who has dominated Origin in the past, is a great fantasy player at NRL level, and is super cheap if you think Queensland can put some points on the board. 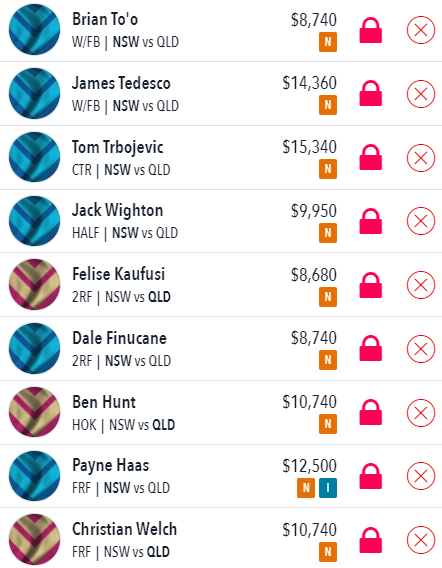