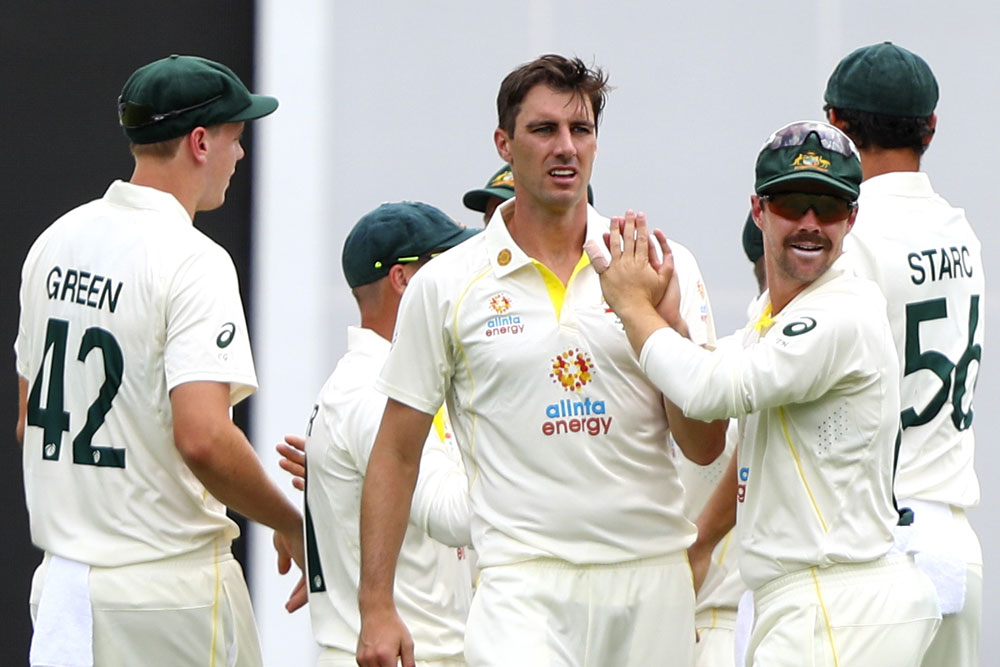 More test cricket is on the way as Australia tour Pakistan for the first time in many a year. The Aussies will enter this series brimming with confidence after thrashing England 4-0. Pakistan have also performed well in test cricket recently, however their wins have come against far weaker opposition. There is plenty to play for in this three-match affair but now to what you’re here for, the fantasy tips!

Draftstars has put up a $10,000 contest, with a top prize of $970. There is also a mini contest. Note: Test Match scoring is different to T20/ODI cricket and it is much easier to follow throughout the game.

Pakistan enter this opening match as narrow favourites, despite copping several COVID and injury blows in the lead up. It will be a new look side that takes on Australia, with a fresh opening partnership and bowling attack. In my eyes that presents an opportunity to the tourists, who will look to target the inexperienced names on foreign soil. Australia’s line up is very much settled in terms of a best XI, and the side that I expect to line up will be almost identical to the one that took England apart in the Ashes. Talk of adding a spinner in a horses-for-courses approach has likely been scuppered by a pitch that looks relatively seam friendly – a surprising boost for the Aussies.

Head is starting to come into his own as a test player and was hitting the ball beautifully during the Ashes. Indeed, he was player of the series with 357 runs, including two tons, one 50 and a high score of 152. At this price, it's hard to go past him.

Pakistan’s pace spearhead. Afridi took 47 wickets in test cricket last year and is renowned for his ability to hoop the red ball at a good clip. I think he will trouble Australia’s top order and take plenty of tailender wickets. Another advantage to Afridi is that he has less competition for wickets than the stacked Aussie attack.

Smith has developed himself into one of the best players of his generation over the last decade but it hasn’t been smooth sailing in recent times. ‘Smudge’ has battled varying injuries, mixed form and a concussion sustained in the BBL, which has seen his output decline. Don’t get me wrong, Smith is still a top tier batsman, but I don’t think the price is right here for a guy who averaged 30 in a dominant Ashes team.

A 37-year-old Azhar Ali who has made 142 runs in his last four tests at $17k? No thanks. The veteran has been one of Pakistan’s best batsmen, period, but his performances aren’t what they used to be at this point in his career.

Babar Azam is undoubtedly Pakistan’s best talent with the bat, however his recent form does not back that up. Azam averaged just 35 last year and historically he has not fared well against Australia, with one century from 14 innings. If Pakistan are to take out this series, one would imagine that Babar will be leading the charge with willow in hand. 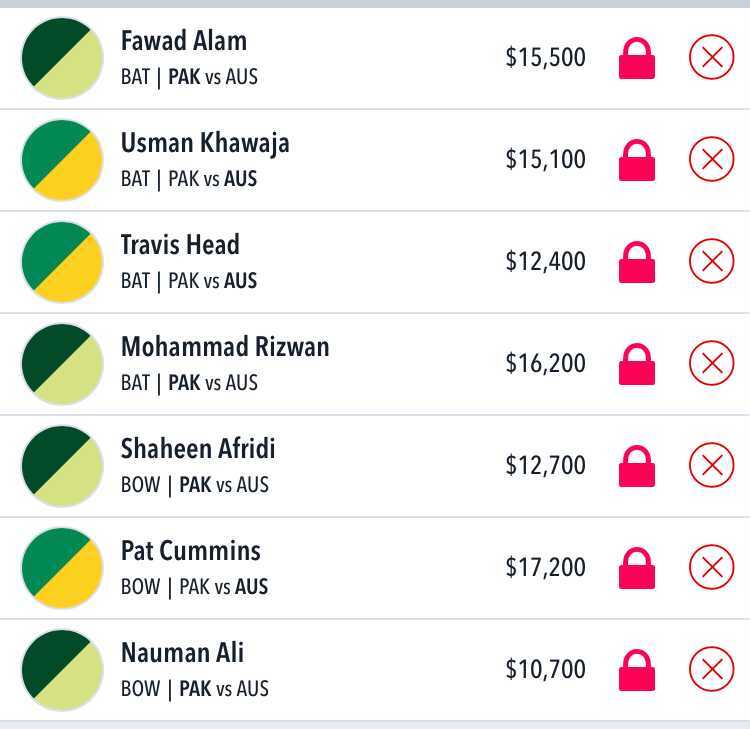