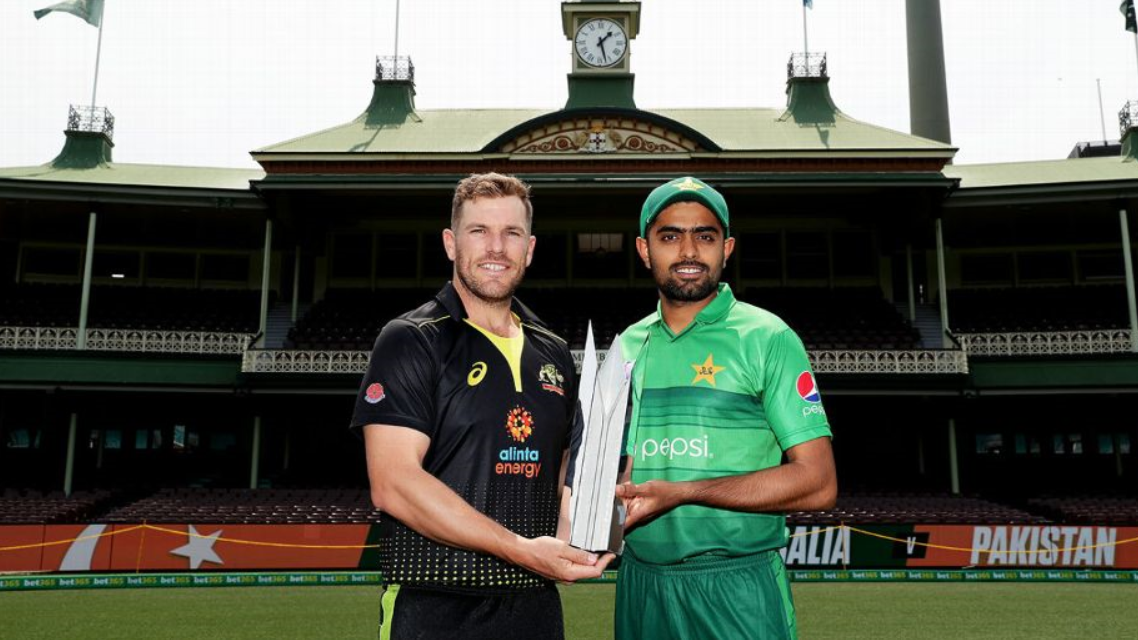 The 1st T20 International between Australia and Pakistan will be played at the Sydney Cricket Ground on Sunday Afternoon, with the Match getting underway at 1430 AEDT. After Australia whitewashed the hapless Sri Lanka side, the next series of three matches sees Australia taking on Number 1 ranked T20 side in Pakistan. Pakistan will also play in two Test matches after this T20 series.

It was all one way traffic for the Australian side against Sri Lanka with David Warner the stand out performer with the bat. 217 runs without being dismissed in the three games is some sought of serious form. But Warner and co now take on a more lethal bowling attack featuring Top 4 T20 ranked bowlers in left-arm spinner Imad Wasim (No. 2 in the world) and leg-spinner Shadab Khan (No. 4 in the world). Along with fast bowlers, Mohamad Amir, Wahad Riaz and “man mountain” Mohammad Ifran.

Pakistan however where just recently beaten by Sri Lanka in a T20 series in Pakistan 3-nil and we all know how Sri Lanka went in Australia… The Sydney Cricket Ground has always been known for its spinning decks and both teams will look towards their spinning options. Adam Zampa was the leading bowler for Australia against Sri Lanka with 5 wickets for only 64 runs across the three games. Ashton Agar also took 3 wickets and kept his economy low for all important economy rate bonuses on the fantasy sites.

In team news, Australia may rotate the fast bowlers once again with Billy Stanlake missing out down in Melbourne. Pakistan should field a very similar side that played in the Australia XI practice match in Sydney last Thursday.

Currently the number 1 ranked T20 batsman in the world, Babar takes on the T20 captaincy for Pakistan as they build for the T20 World Cup next year. With an amazing average of 49.6 and strike rate of 126.5, Babar will open the batting for Pakistan.

Only available as a Batter on Draftstars and as an All-Rounder on Moneyball, Shadab is very favourable priced on both sites. The 21 year old Shadab bowls leg break with an impressive T20 bowling average of 20.06 and an economy of 7.01. With a spinning surface at the SGC, this may prove to be a handful for the Australian batting lineup.

McDermott looked a little rusty with the bat but ending taking 3 catches to boost his fantasy score against Sri Lanka on Friday. Should be picked again at 4 and pay off the low salary if McDermott makes anything over 20 runs.

Zampa's salary on Draftstars is just way too much for my liking. Previous contest against Sri Lanka, Zampa was priced at $18,000 and scored no fantasy points after going wicketless and did not qualify for economy bonus. Salary has now increased to $18,500! Better bowling options are available at a cheaper price.