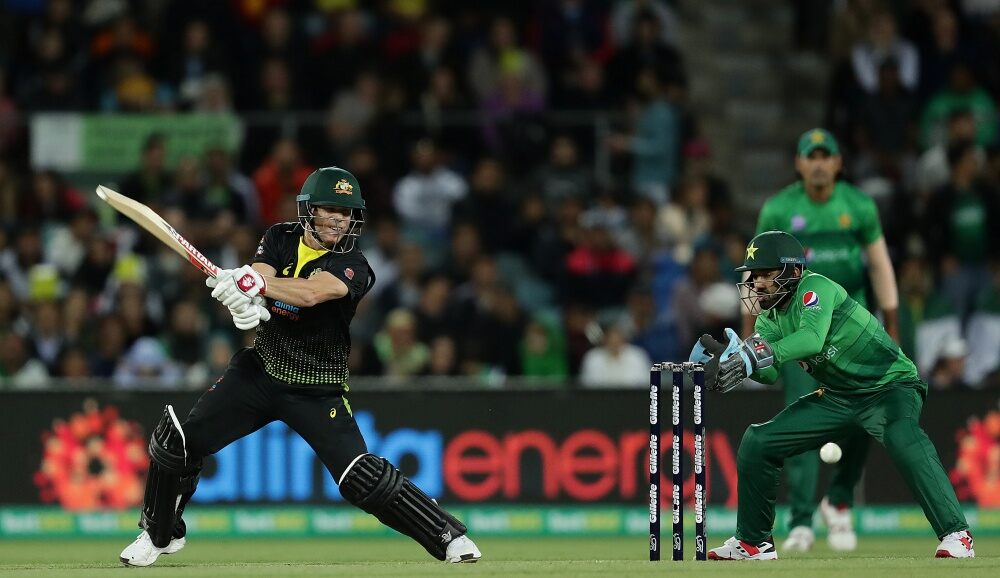 The 3rd T20 International between Australia and Pakistan will be over at Optus Stadium in Perth with the match to get under way on Friday evening at 1930 AEDT. Australia take an unassailable 1-nil series lead and would like to stay undefeated from their previous 8 T20 internationals. Pakistan would be looking to square the series but will need to make significant inroads into the Australian Batting lineup after only taking 3 wickets in Canberra.

Australian coach Justin Langer has stated that one change will be made with Pat Cummins to be rested for the upcoming Test series against Pakistan with Billy Stanlake likely to be the inclusion. Do not be surprised if Sean Abbott gets the nod in front of Stanlake. The pitch is expected to be a bouncy Perth wicket which will suit the quick bowlers on both teams.

No news out of Pakistan at the time of publication if team changes are going to occur for the visitors. It would be a perfect opportunity to give young squad members Usman Qadir (Leg Spinner), Imam-ul-Huq (Top Order Batsman) and Mohammad Hasnain (Fast Bowler) a taste of international cricket. Keep an eye on teams as any these three represent great fantasy value at their minimum salary on Draftstars.

In a series dominated by the Australian side, Pakistan have shown through captain Babar Azam that they are more than capable with the bat. The bowling attack however, especially the spinners Shadab Khan and Imad Wasim will need to look to attack the top order of the Australian side to have a chance in winning this match.

I wrote that Azam was my favourite play for game 1 and he has certainly backed his number 1 World Ranking status in the two games so far. The salary for Draftstars have caught up on where he should be but I will be making sure Azam will be in my single entry or cash side. Back to back 50’s and a big chance to make a 3rd.

With all the ownership at the same price to go to Ashton Agar on Draftstars, I will be looking at Shadab instead. Although he was wicketless in Canberra, Shadab did bowl 4 economic overs and only just missed the double economy bonus (0-23 from 4 overs). If Agar goes for runs and Shadab gets wickets then this is a great play.

These two Australian bowlers are site dependant for value on Friday. Richardson did bowl the 19th over in the 2nd game and was taken apart by a rampant Iftikhar Ahmed. Stanlake has been overlooked after coming in for the 2nd game against Sri Lanka but should get his chance to rip into the Pakistan top order. If any of the cheaper players from Pakistan get a game although, it is almost an automatic play for me.

When you score a 1st ball duck in game 1 and then a scratchy 2 in game 2, Fahkar (if picked) is the easiest fade you can make in this game. But he does represent good value for a player who averages 23 with an economy rate of 133 in International T20 cricket. Can he perform in game 3? Let someone else play that card.