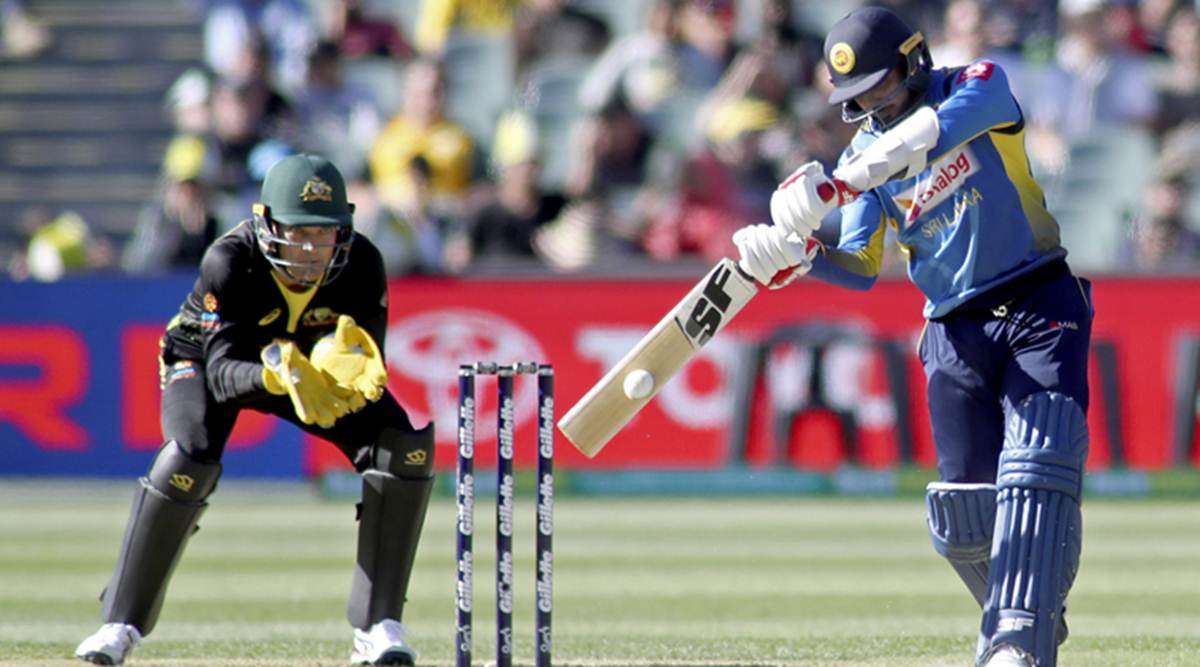 The 3rd and final T20 International between Australia and Sri Lanka will be held at the Melbourne Cricket Ground on Friday evening, with the match getting under way at 1910 (AEDT). Sri Lanka have been seriously overwhelmed by the Australians by both bat and ball but get one final chance in front of their main supporter base here in Melbourne. It is a quick turn around for both teams after Australia defeated Sri Lanka by 9 wickets on Wednesday evening.

Australia’s top 4 have all made runs on the back of David Warner’s unbeaten two knocks along with contributions from Aaron Finch, Steve Smith and Glenn Maxwell. Whether we see the likes of Ashton Tuner, Alex Carey and Ashton Agar is probably unlikely but I am sure the Australian hierarchy would like to see them all have a bat. For Sri Lanka, nothing went right in the batting innings with comical run-outs and skyed shots the norm. At least they scored more than 99 runs from the 1st game.

In this 3rd game at the MCG I am expecting a tighter contest due to the large spaces around the G. The curator in the media has stated he wanted to provide a more friendly pace wicket due to criticism of the pitch. However, expect a flat wicket suited to the short form of the game.

In team news, Glenn Maxwell will take time away from the game due to Mental Heath, Mitchell Starc will be available after missing game 2. Ben McDermott will get the nod for Maxwell. Keep an eye out in the media for any other potential changes as the Australian side does back up on Sunday in a series against Pakistan. For Sri Lanka you could expect another team change and will update the article when news breaks.

At his Draftstars salary, Smith is going to be a popular play after his innings at the ‘Gabba on Wednesday. 53no off 36 balls brought a great fantasy score. Down to bat at 3, Smith should continue to exploit the weak Sri Lankan attack. Expect Smith to be at least 50% owned so be careful in your lineup construction.

Looked good at the ‘Gabba by getting a start with the bat before being dismissed for 21. If Sri Lanka bat first then I will be more heavy than if Sri Lanka needs to chase. We are bound to have a run scorer from Sri Lanka in this game and I will be backing Gunathilaka at the top of the order.

Sri Lanka have run in the changes and Gunathilaka is out. Look to Niroshen Dickwella and Lahiru Kumara as sneaky chances.

If picked, Richardson is a good value option for your bowling lineup in a slate short of value options. No wickets so far from the two games but his economy has boosted his fantasy score. If Richardson is replaced by Starc, look for a cheap batsman in Ben McDermott (who will be super highly owned) for Australia and Kusal Mendis or Niroshan Dickwella  for Sri Lanka.

Pradeep salary against his fantasy production has been pretty poor. The ownership for the past two contests have been 8% in each contest. Gone for runs in his bowling and hasn’t taken a wicket so far. You can continue to ignore Pradeep at his posted salary. 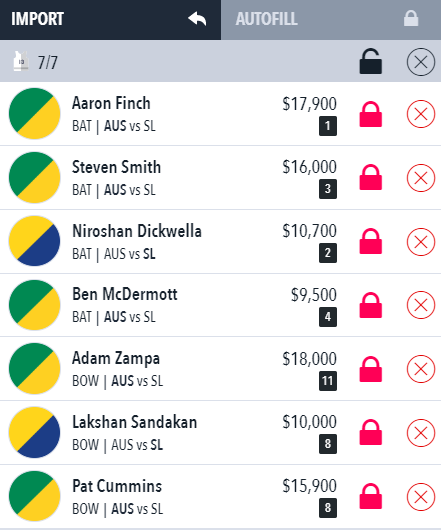