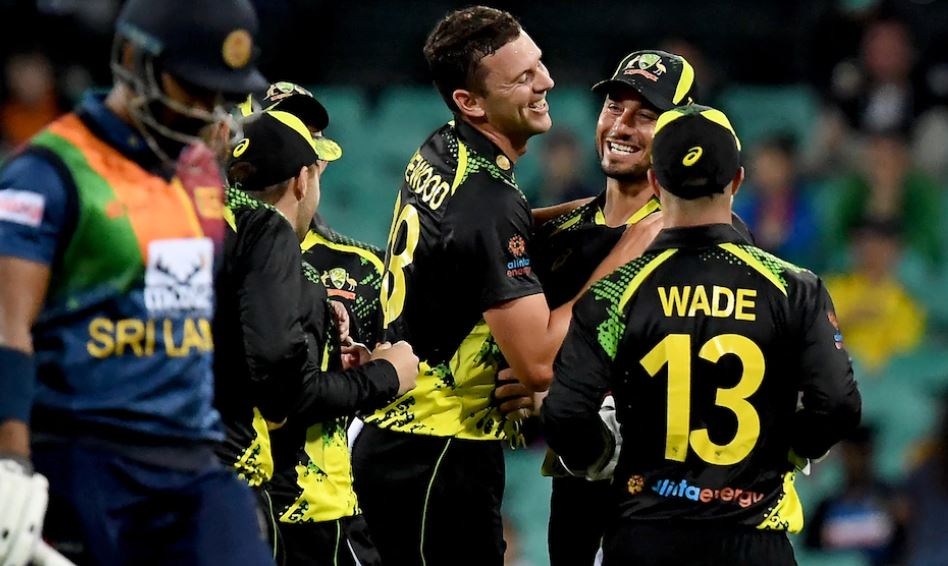 Australia restored the status quo with a comfortable win over Sri Lanka in Game 3 of the series, building an unassailable 3-0 lead heading into the final two matches. The visitors have shown promise in their stay down under but ultimately the Aussies have had too much class and depth.

An opportunity presents itself this time around though, as Australia has elected to rest key personnel for Friday night’s match at the MCG.

Draftstars has put up a $12,000 contest, with the top prize topping $1000. There are also mini and single-entry tournaments.

Note: Keep an eye on Team announcements in the lead-up to game start.

Trying to predict the Australian line up is like trying to pick the weather in Melbourne at the moment. The hosts continue to use this series as a laboratory for experimentation, saving the biggest shock for Game 3 when they promoted Ashton Agar to open the batting. Thankfully, this time around there are some hints online that suggest the make up of Australia’s side for Game 4. However, I would not be surprised if my expected XI isn’t 100% accurate come tonight.

Looking at the possible side, Australia’s batting looks to have the edge despite its inconsistency. Josh Inglis has been arguably the most consistent performer in his maiden series, while Marcus Stoinis and Glenn Maxwell have provided cameos where required despite not dominating matches.

The new look XI also bats deep in theory, Daniel Sams is a proven hitter at number eight and Jhye Richardson is a more than capable tailender.

Sri Lanka have failed to show they can score big, relying on Pathum Nissanka to anchor the innings at the top, while Dasun Shanaka has come to the rescue a couple of times in the middle order. Their bowling attack is also very inexperienced, spinners Jeffrey Vandersay and Maheesh Theekshana forced to fill the massive shoes of top T20 bowler Wanindu Hasaranga.

While Australia is rolling out its second-tier pace attack in this one, Kane Richardson troubled the Sri Lankans last time out and Richardson is easily an international quality player, suggesting it will still be a tough night with the bat for the away side.

It is completely absurd that Agar opened the batting last start and will be even more so if he does it again. There is no reason why that won’t happen though, and with a true all-rounders role Agar is irresistible. He will enjoy bowling with the long boundaries of the MCG and is at worst usually economical.

As far as value selections go, Vandersay is the way. Like Agar he will relish the dimensions of the ‘G, as well as bowling leg spin to a mostly right-handed batting line up. Vandersay did enough in Game 3 to suggest he can return some points here.

How the tables turn. I was all over Stoin a couple of games ago but a likely shift in role has him in my bad books. I think the new look pace attack will be given a chance to shine so I cant see many overs for Stoinis here, and batting at six he really needs a top order collapse to be relevant.

Karunaratne started off the series with a bang but has since fallen out of form. He has not taken a wicket as a front-line bowler in his last two matches and has been a walking wicket with the bat. At this asking price, pass.

Maxwell is made for this slot. Playing as a top order batsman, Maxy will surely explode at some point in this series for a big score. He reminded us of his ability last game, making 39 (26), however before that he had just 22 runs in 2 knocks. If Maxwell is to turn it on anywhere, the MCG is a likely venue. 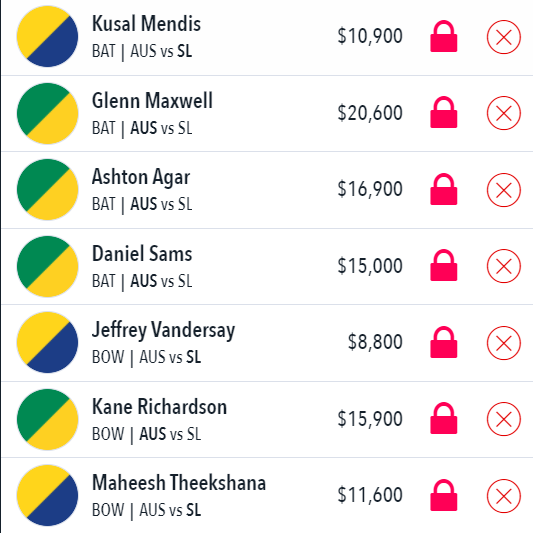