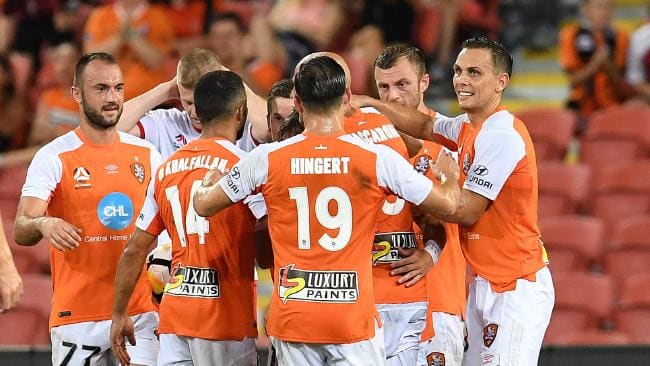 After a week off for international break, the 2018/19 Hyundai A-League season resumes this weekend for Match Day 23! It all kicks off on Friday night with an intriguing match-up between Brisbane Roar and Sydney FC at Suncorp Stadium on Friday night. Like always, we’ve provided our best DFS line-up tips to help you piece together a winning team. Good luck to everyone entering DFS contests this weekend!

Draftstars are running great contests all season for each individual A-League fixture, including the big match on Friday night where they have a $500 contest on offer for their main event, plus a couple of other smaller contests if you’re just looking to dip the toes in.

Below is our best Draftstars fantasy team for Brisbane Roar vs Sydney FC on Friday, 29thof March, 2019 at 7:50pm (AEDT).

In this fixture we’re giving a clear advantage to Sydney FC all over the pitch, including defence. For this reason, we’re more than happy to recommend starting Sydney players in all three defensive slots.

Redmayne (SFC $14,510) – Bit of a no-brainer here for us. We foresee a big win for the Sky Blues, meaning a Brisbane Roar goalkeeper is not an option. Redmayne gets the nod between the sticks.

Zullo (SFC $11,580) – The first of two full backs for us this week, Michael Zullo gets another guernsey in our team. We see him playing high up the pitch against a faulty Roar defence, potentially picking up an assist or two from one of left footed crosses.

Grant (SFC $11,050) – Australian international Grant gets the other defensive slot in our line-up. He’s enjoying a career best year and picks up plenty of fantasy points down the right-hand side for Sydney.

Again, we’ve gone with all Sydney FC players apart from the one mandatory Brisbane Roar player, because we feel that Sydney will win and pick up more goals from their attacking plays.

Le Fondre (SFC $12,980) – Although not in the best form he’s been in this season, Le Fondre gets a chance to get back amongst the scorers in this fixture. Fresh from a week off, we see him regaining some of his early season form.

O’Neill (SFC $12,160) – The lone Sydney FC midfielder in our team in O’Neill. He’s been a consistent fantasy scorer all season and will likely get a lot of the ball here. Comes in cheap and won’t disappoint.

Ghoochannejhad (SFC $10,720) – Probably the hardest name to spell in world football, Ghoochannejhad gets the nod for our team this Friday night. He found the back of the net two games ago and comes in at a cheap price if he gets the start.

Kristensen (BRR $7,000) – Simply due to the team requirements, Roar’s Kristensen finds himself in our team at the basement price. 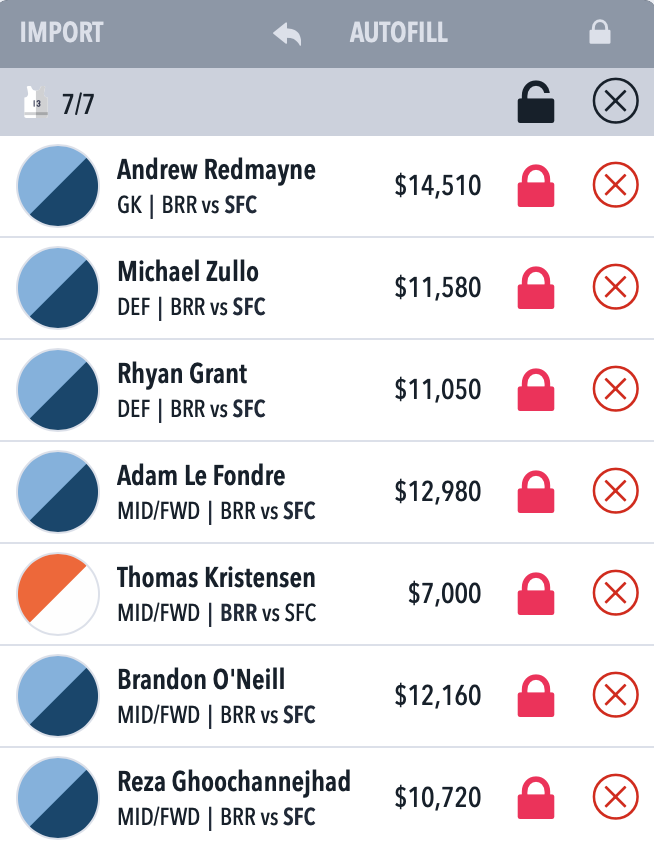