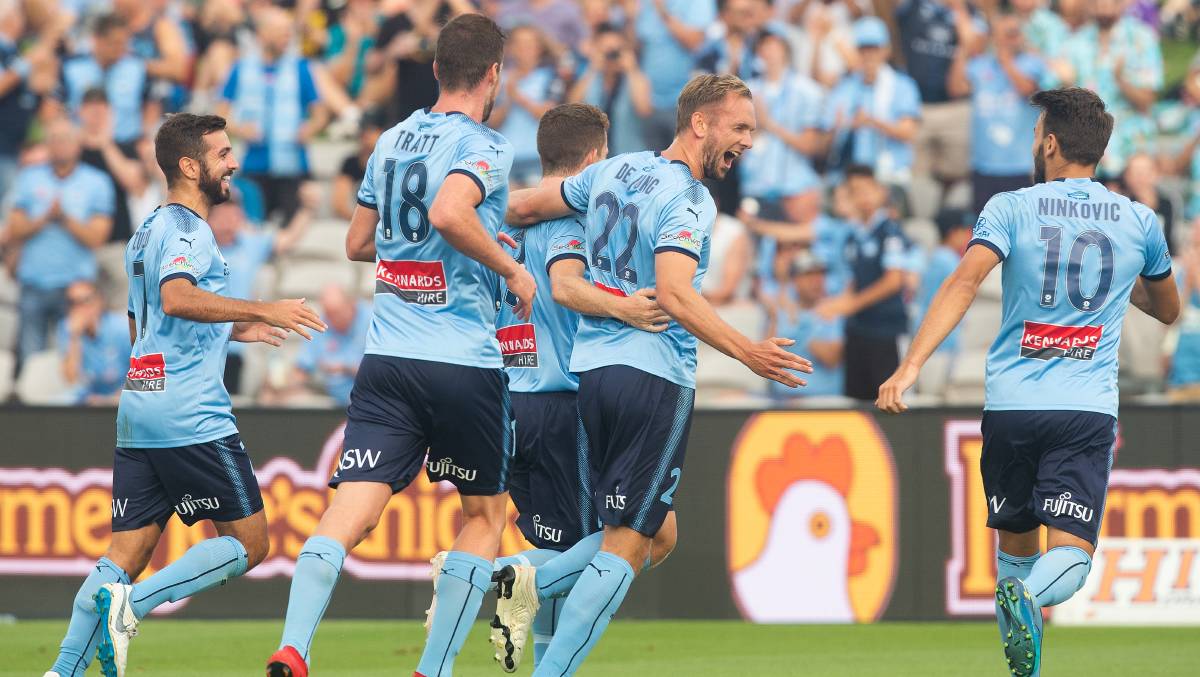 The 2018/19 Hyundai A-League season is starting to heat up as we approach the final portion of the campaign. We’re now approaching Day 17 of the season where there’s some enthralling contests set to play out. Like always, we’ve highlighted the match of the round and have provided our best DFS line-up tips to help you piece together a winning team.

Draftstars are running great contests all season for each individual A-League fixture, including the big match on Sunday night where they have a $1,000 contest on offer.

Melbourne City have had the stingier defence of the two teams this season, conceding a total of 16 goals compared to Sydney FC’s 19. However, Sydney are in far better form and are also the home side, so we’ve opted to build our defence around their players.

Redmayne (SFC $14.3k) – Both keepers a similarly priced here, so it was a no brainer for us to go with the one we expect to concede the least goals.

Wilkinson (SFC $7k) – The Sydney defence has had to chop and change a bit over the last couple of weeks due to the Asian Cup duties. Although we do feel Wilkinson should hold his spot and will free up some cash to spend elsewhere.

Zullo (SFC $9.5k) – Zullo has been a consistent fantasy performer this season and was one of the first picked in our team. He has the added threat of an assist every now and then that is extremely valuable for defenders.

Again, we’ve gone with all Sydney FC players apart from the one mandatory Melbourne City player, because we feel that Sydney will win and pick up more goals from their attacking plays.

Le Fondre (SFC $16.6k) – The first picked in our team this week is Le Fondre. He’s netted 11 goals in 16 appearances this season and leads the Golden Boot with Roy Krishna. Lock him in your team.

Brillante (SFC $10.3k) – One of the cheaper selections in our midfield is Brillante. He hasn’t got the highest of ceilings, but he’s usually good for 8-10 points per game.

O’Neill (SFC $15k) – O’Neill has been terrific for Sydney this season and makes his way in our team as the second most expensive player.

Atkinson (MCIT $7k) – The lone Melbourne City player in our team this week for no other reason than his price tag is Atkinson. We’ll wait for the team sheets here and pick whoever is named. 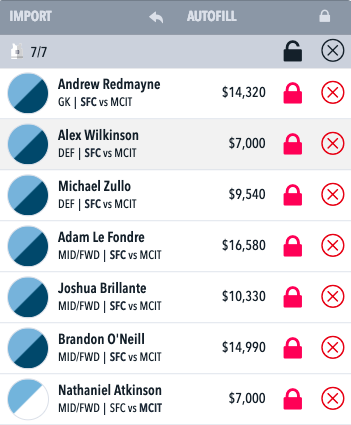