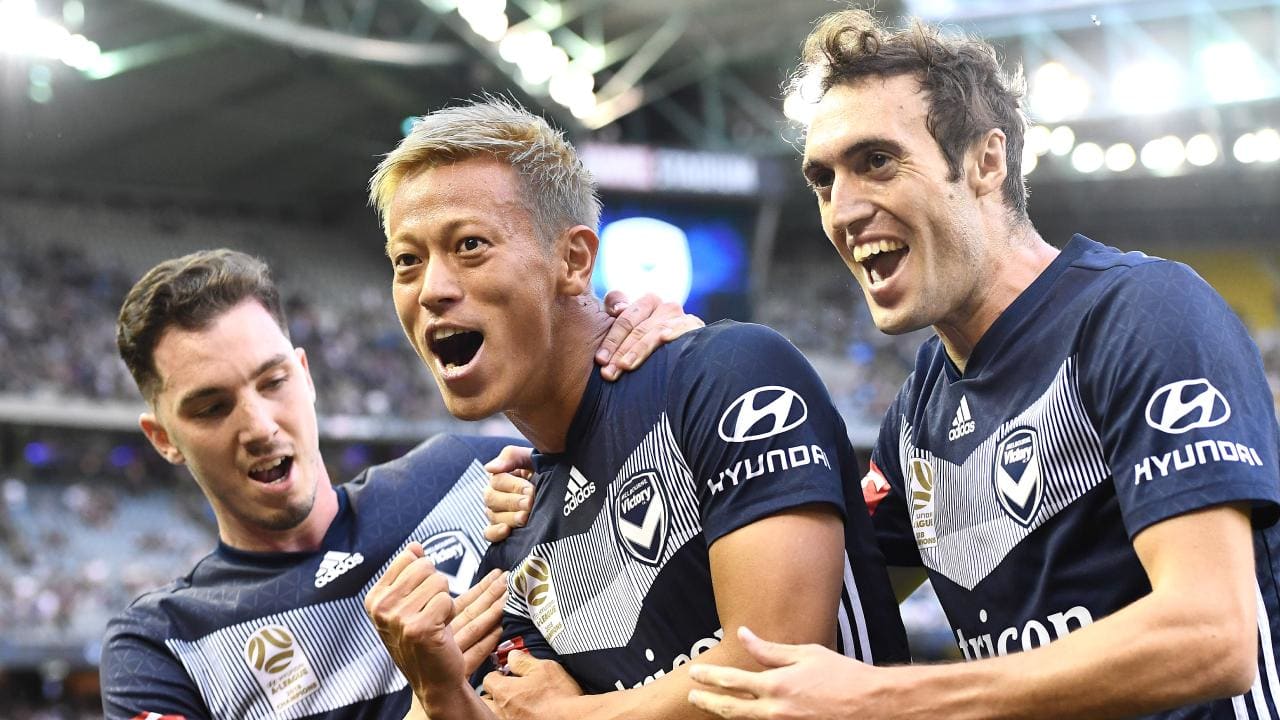 The first round of the new year in the Hyundai A-League takes place this weekend and there’s some great games set to play out. We’ve highlighted the Western Sydney Wanderers vs Melbourne Victory fixture as the match of the round, and have provided our best DFS line-up for it below.

Draftstars are running great contests all season for each individual A-League fixture, including the big match on Saturday night where they have a $1,000 contest on offer.

In defence our main objective is to pick a stack of players from the team that we expect to concede the least amount of goals, with the secondary objective being to select the more attacking defenders. We give the slight advantage to Victory here, so we’ve gone with two of their defenders and the cheaper Wanderers goalkeeper.

Vedran Janetovic (WSW $8,090) – We couldn’t bring ourselves to spend 14k on a goalkeeper, so Janetovic makes an appearance between the sticks for us. We prefer to spend bigger elsewhere.

Corey Brown (MVIC $11,130) – We took our pick between the two Victory full-backs and decided to go with the form man in Brown. He does send in plenty of crosses when Victory are up and running, so we’re hoping that’s the case on Saturday.

Nicholas Ansell (MVIC $7,000) – We couldn’t fit in both full-backs, so we went with the cheaper centre back option for our other defender slot. Watch the team sheets here.

We’re given a bit more freedom with our midfield/forward options as there’s not as much emphasis on defensive liability. Again, we’ve leaned towards more Victory players here, and have also decided to go with a guns and cheapies type approach.

Keisuke Honda (MVIC $21,330) – We left Honda out of our team last time out, which ultimately cost us a place in the top five. His current form has him as almost a must have in your team.

Ola Toivenan (MVIC $16,010) – Ola Toivenan has been Honda’s partner in crime so far this season, regularly finding himself on the scoresheet. He’s still nicely priced for his potential output, so we recommend inlcuding him in your team.

Roly Bonevacia (WSW $9,000) – The second and final Wanderers player we have in our team in Roly Bonevacia. The Dutchman is one of the key cogs in midfield and is a nice way to free up cash to spend elsewhere.

Leigh Broxham (MVIC $7,000) – Finally, we’ve got Broxham in our team. He’s the cheapest Victory starter we could find a spot for, and any points for him are a bonus. 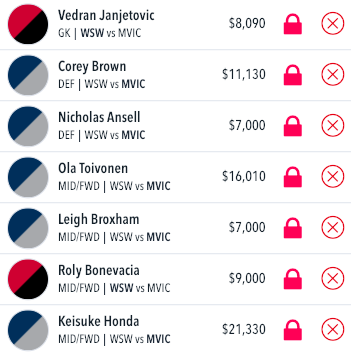