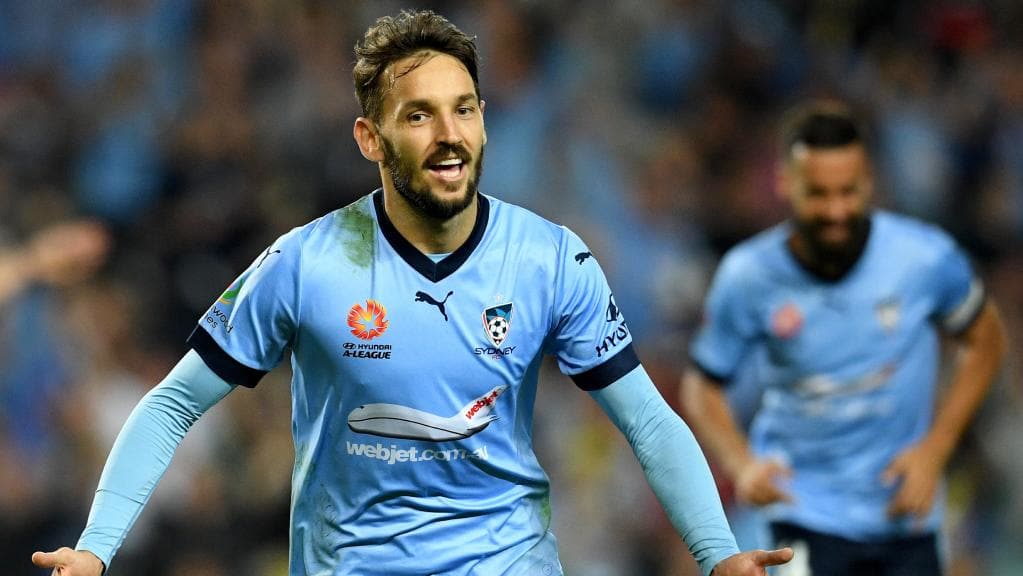 The 2018/19 A-League season commences this Friday night with a huge Adelaide United vs Sydney FC blockbuster. We’re going to be providing weekly fantasy tips for the biggest matches in each round of the A-League, starting with this great match in Week one!

Draftstars are going to be running great contests all season for each individual A-League fixture. They have $3,000 contests for all of the Round 1 matches, including the opening match of the season.

In defence our main objective is to pick a stack of players from the team that we expect to concede the least amount of goals. On Friday we have the Sky Blues beating the Reds, so we’ll be including their players in the 1x goalkeeper and 2x defender slots.

A. Redmayne ($12,640) – Have to give the nod to Redmayne, purely because of the superior defensive line he has in front of him. He was part of a Sydney FC team that conceded a league best 22 goals last season.

J. Van der Linden ($7,000) – New addition to the side and is expected to start in the centre of defence for the Sky Blues. He’s an experienced 28-year-old who comes over from AZ in the Dutch Eredivise.

R. Grant ($7,000) – Grant is part of the furniture now at Sydney FC as he enters his 10th year at the club. We expect him to start at right back and curl in some dangerous crosses. Has the potential to pick up and assists or two. 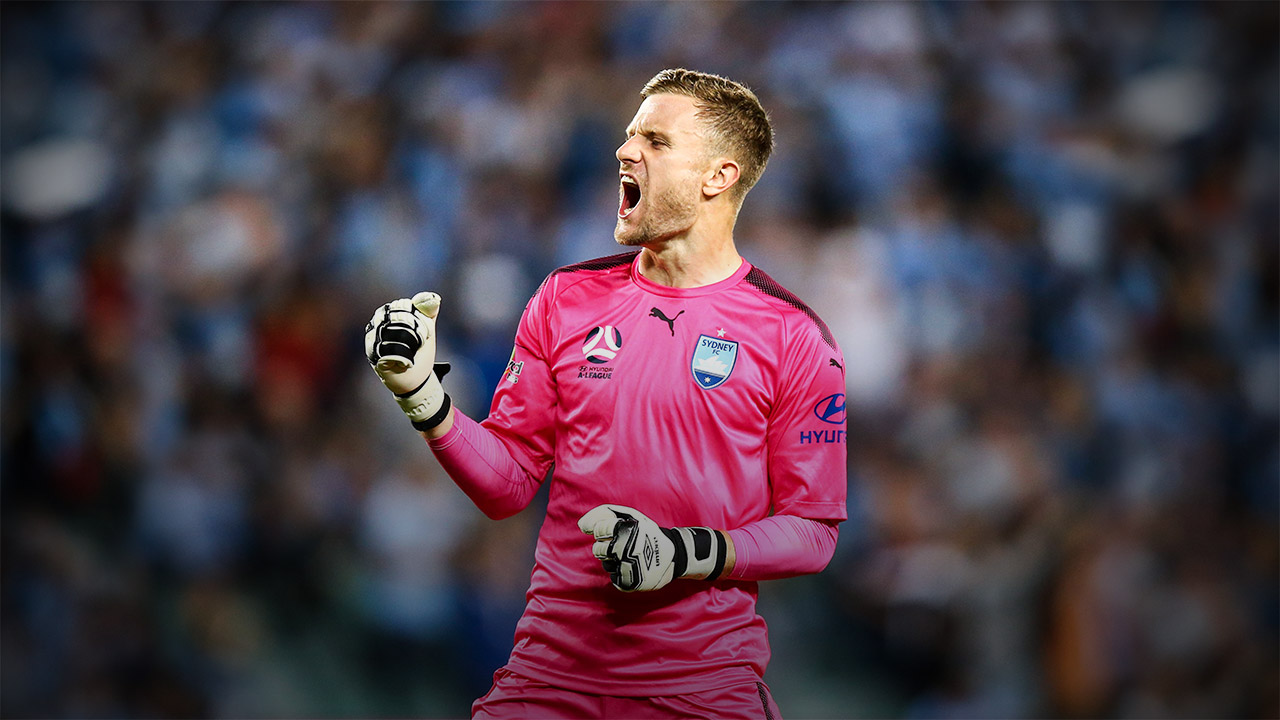 In our four midfield/forward slots we’re given a bit of freedom and can focus on selecting the major goal or assist threats in the match. Here are our best picks for these positions this week.

M. Ninkovic ($16,740) – This selection is a bit of a no-brainer. Ninkovic brings class and creativity to the Sky Blues whenever he’s on the pitch. He’s first picked in our team.

Isaias ($16,420) – This guy is a huge get for Adelaide. He’s got experience playing in the top tier league in Spain and is still playing great football at 31-years-old. Expect everything to run through him in the centre of midfield.

J. Brillante ($12,400) – Sydney FC have a bunch of great players and Brillante is one of them. He’s nicely priced and will link up with Ninkovic to terrorise Adelaide’s defence.

C. Goodwin ($7,000) – Goodwin returns from his stint in the Netherlands to play his first game on home soil since the 2016 season. He’s been banging in goals for fun in the FFA Cup and is a must have at basement price. 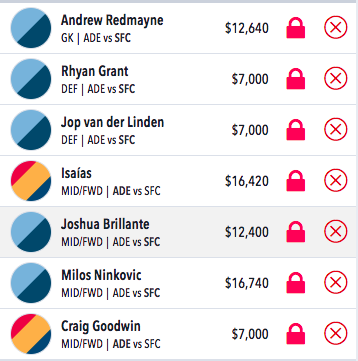