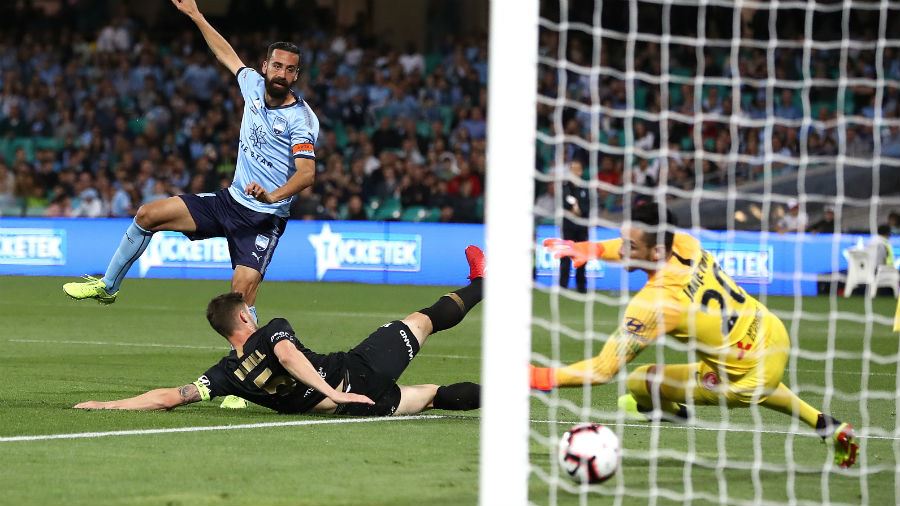 Last weekend’s feature game had plenty of controversy again over a couple of dubious VAR decisions that went in favour of Sydney FC. This weekend the Sky Blues feature in our match of the round once again as they travel to Victoria to take on Melbourne City.

In defence our main objective is to pick a stack of players from the team that we expect to concede the least amount of goals. On Friday night we lean towards Melbourne City edging out Sydney FC, we’ll be including their players in the 1x goalkeeper and 2x defender slots.

Eugene Galekovic ($11,350) – Veteran Australian International Eugene Galekovic gets the nod over Redmayne here simply because we think he’s a better chance of a clean sheet.

Ritchie de Laet ($12,100) – de Laet has been impressive in his first two games for City. After spending the majority of his playing years in the English tiers, he has looked at home in a City shirt and I always a danger of a goal or assist.

Harrison Delbridge ($7,000) – Delbridge is our cheap option in defence and will allow us to splash more cash on our attackers. If he gets the nod to play, lock him in.

We’re given a bit more freedom with our midfield/forward options as there’s not as much emphasis on defensive liability. For this reason we opt to take the most attacking players that are at value prices.

Bruno Fornaroli ($18,920) – Bruno has had a quiet start to the new season by his standards, but we all know it’s just a matter of time until he goes on a tear. We’re happy to pay the big price for him this week.

Adam Le Fondre ($15,700) – Le Fondre has scored in every game he’s played since becoming a Sydney FC player, which makes it very hard to leave him out.

Kearyn Baccus ($7,200) – The first of our cheap options in the mid/fwd position is Baccus from City. He’s been getting quality minutes and is definite value for money.

Alex Brosque ($7,000) – Likewise, Brosque is excellent value and score in his last start. Simply put, if he’s in the team, he should be in your team. 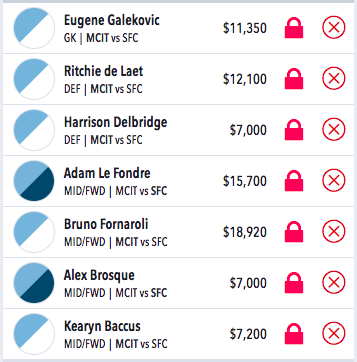