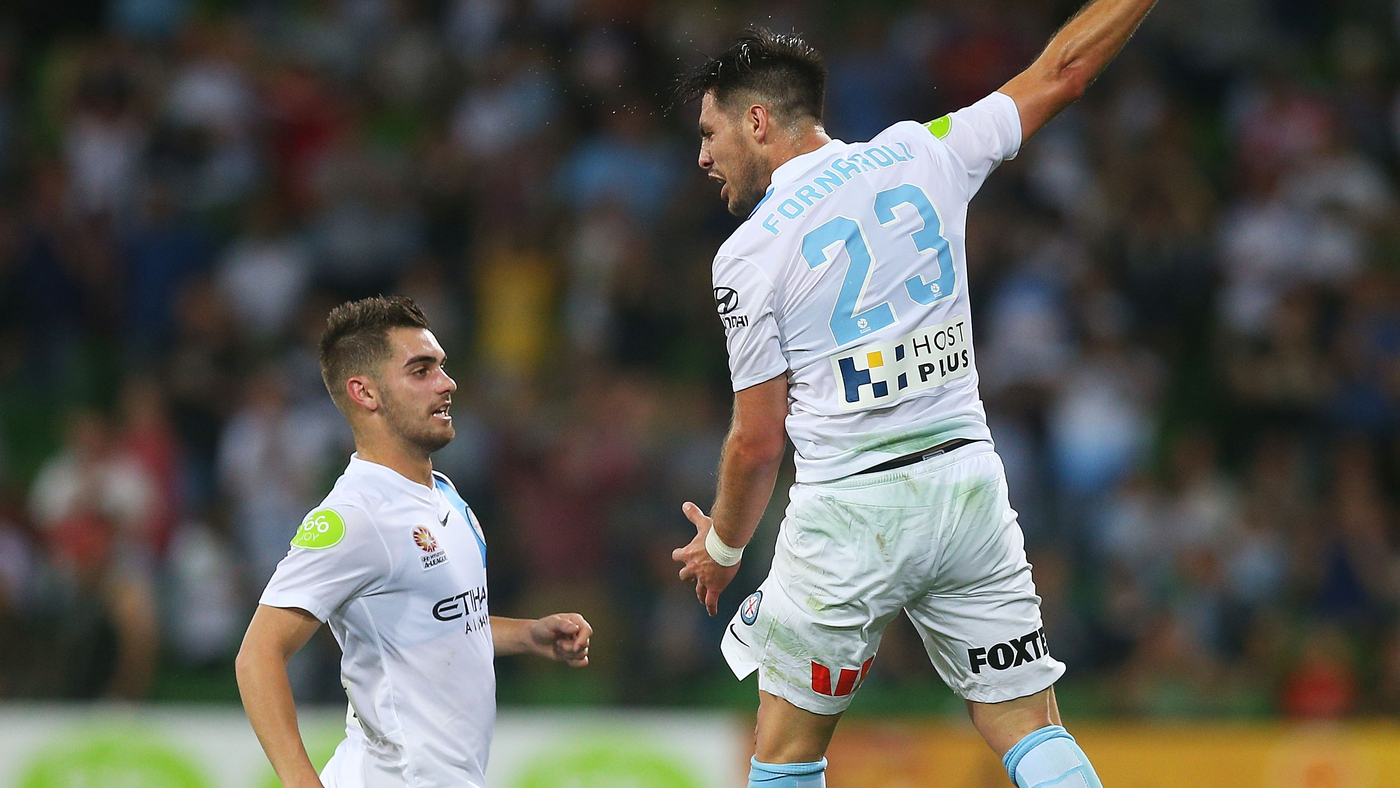 There's never been as much controversy so early in the A-League season as there has been this year as we approach Week 4! We've brought you our best line-up tips for this weekend’s feature game, which is Melbourne City vs Wellington Phoenix.

In defence our main objective is to pick a stack of players from the team that we expect to concede the least amount of goals, with the secondary objective being to select the more attacking defenders. On Friday night we fancy Melbourne City to get the job done against the Phoenix, so we’ll be including their players in the 1x goalkeeper and 2x defender slots.

Eugene Galekovic ($10,400) – Between the sticks we have Galekovic, who comes in cheaper than his opposite number. With City being the short price favourites you just have to pick him in your team.

Ritchie de Laet ($13,800) – de Laet makes another appearance in our team this week. He’s expensive for a defender but is worth his weight in gold when he gets going. He’s every chance of picking up a goal or assist from defence.

Harrison Delbridge ($7,000) – We couldn’t quite squeeze in City’s other full-back in Jamison, so have opted to go with the basement priced Delbridge. He has a nice average and should get clean sheet points here.

We’re given a bit more freedom with our midfield/forward options as there’s not as much emphasis on defensive liability. However, we’ve opted to go all out with the maximum amount of City players in our team for this one, as we can’t see Phoenix players picking up many points unless a huge upset occurs.

Bruno Fornaroli ($17,190) – Bruno comes in at a discounted price this week after a lacklustre start to the season by his standards. He’d be licking his lips this weekend though, and is every chance to get on the scoresheet against a leaky Phoenix defence.

Dario Vidosic ($14,570) – The second City attacker we’ve gone with is Dario Vidosic. Like Fornaroli, Vidosic has another gear to go to and will be hoping to get his season on track with a goal here.

Florin Berenguer ($7,000) – We’ve gone for all of City’s front three with the basement priced Berenguer getting a call up. He’s struggled so far this season, but like his teammates, he can get it going with a good performance against Wellington.

Roy Krishna ($8,400) – Krishna is our lone Phoenix player, simply because of the ruling at Draftstars. He’s their striker, so you assume he’s most likely to score from their team. 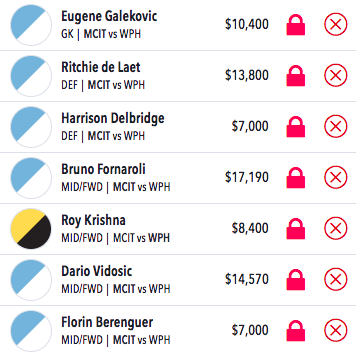