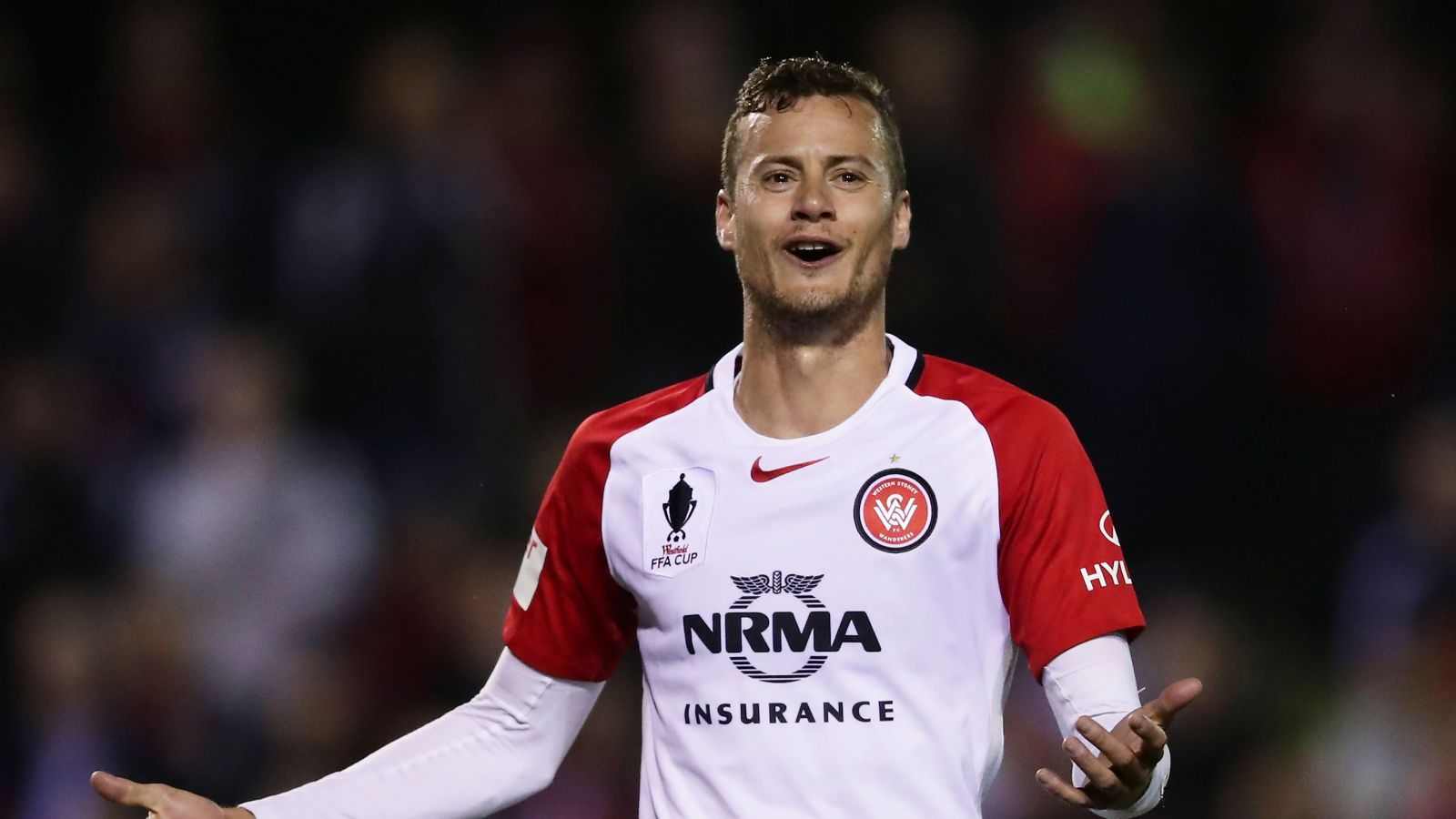 The A-League returns this weekend after the international break for an exciting Round 5! We've brought you our best line-up tips for this weekend’s Friday night match, which is Western Sydney Wanderers vs Newcastle Jets.

In defence our main objective is to pick a stack of players from the team that we expect to concede the least amount of goals, with the secondary objective being to select the more attacking defenders. On Friday night we like the Wanderers chances of protecting home ground, so we’ll be including their players in the 2x defender slots, but have gone with a Jets GK (Moss), as he’s basement price and should pick up points with multiple saves.

Glenn Moss (NEW $7,000) – As mentioned above, Moss’ selection was a matter of him being basement price and allowing us to spend big elsewhere. Even if the Wanderers score a goal or two more than the Jets, which is what we expect, we still feel like Moss can pick up enough points with saves to put up a competitive score.

Raul Llorente (WSW $8,540) – The priciest defender in our squad is Llorente from the Wanderers. The full-back has looked decent this season and gets the nod ahead of Josh Risdon, who may be fatigued after his spell with the national team.

Tarek Elrich (WSW $7,020) – Tarek Elrich gets the other position in defence for us ahead of his centre back partner in Hamill. He’s more of a threat to pick up points elsewhere, which is why he gets in ahead of him.

We’re given a bit more freedom with our midfield/forward options as there’s not as much emphasis on defensive liability. Here, we’ve opted to go all out with Wanderers players with the exception of Petrators, as we believe they will control this match in the front third.

Oriol Riera (WSW $18,890) – The man of the moment is the first picked in our team this week. Willing to pay any price to get him in.

Alexander Baumjohann (WSW $15,540) – Stil not quite sure how to pronounce his name, but the German attacking midfielder gets a run with us this week. He’s reasonably priced for the potential output here.

Dimitri Petratos (NEW $14,530) – our second and final Jets player comes in the form of Dimitri Petratos. He’s their most dangerous player and is the most likely to score for the Jets.

Bruce Kamau (WSW $7,000) – The basement priced Kamau rounds out our team for Friday night. He’s definite value and is a threat for a goal or assist on any given night. 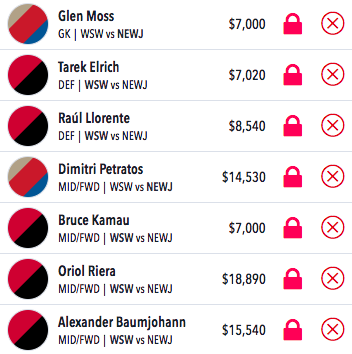