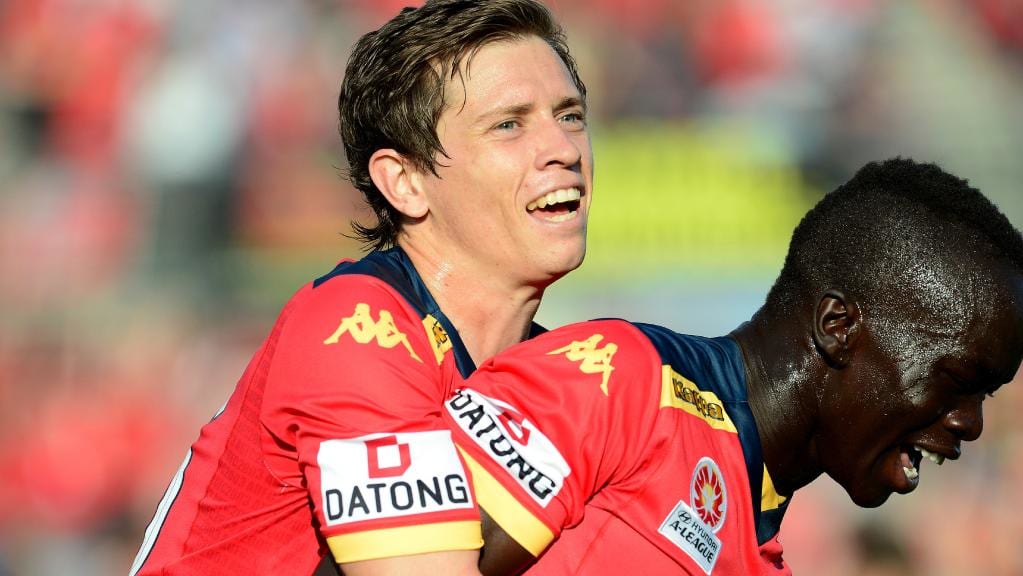 The 2018-19 A-League season continues to dish out upsets, making it a very enjoyable season to be a fan! It returns this weekend for week 6 action, which kicks off on Friday night with Adelaide United taking on Brisbane Roar at Hindmarsh Stadium. As always, we've provided our best line-up tips for the exciting Friday night fixture.

In defence our main objective is to pick a stack of players from the team that we expect to concede the least amount of goals, with the secondary objective being to select the more attacking defenders. On Friday night we expect Adelaide to win rather comfortably, so we’ll be including their players in the 2x defender slots, but have gone with a Roar GK for the one necessary player at Draftstars.

Jamie Young (BRR $12,980) – Draftstars requires you to select at least one player from each team. This week, our player is from the goalkeeper slot. We expect him to have plenty to do and could pick up quite a few points from saves.

Scott Galloway (ADE $11,510) – We’ve gone with both fullbacks from Adelaide here. The more expensive is Scott Galloway, who is always a threat to pick up stats from his attacking play.

Michael Marrone (ADE $10,970) – On the opposite side to Galloway is Michael Marrone, who has become part of the furniture at Adelaide United. He’s reliable and gets a spot in our team this week.

We’re given a bit more freedom with our midfield/forward options as there’s not as much emphasis on defensive liability. Here, we’ve opted to go all out with Wanderers players with the exception of Petrators, as we believe they will control this match in the front third.

Craig Goodwin (ADE $17,380) – The star of this match-up is undoubtedly Craig Goodwin. He’s a master from long range and is a major goal threat in his current form.

Ryan Kitto (ADE $9,220) – Kitto is a cheaper option, but can still provide solid output on his day. We’re happy to include him to free up cash to use elsewhere.

Ken ilso (ADE $8,830) – Ilso comes into this one fresh off his brace against Wellington last weekend. Impossible to leave out at such a cheap price.

Ben Halloran (ADE $8,350) – Halloran is another underpriced player that we’re happy to include. He’s attacking minded and will be a chance to score or assist against the Roar. 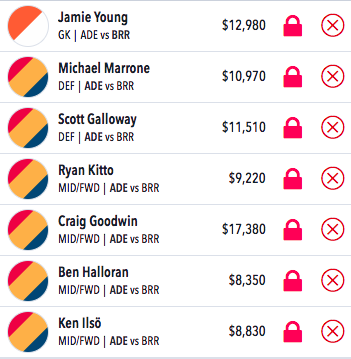