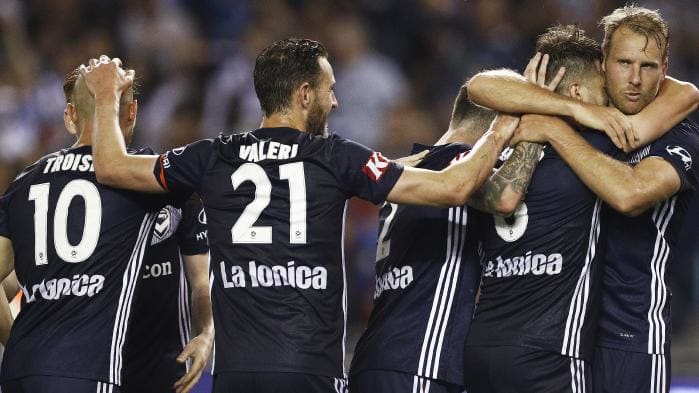 The 2018-19 A-League season continues this weekend with some great matches set to play out. Again, our focus will be on the Friday night duel, which is Brisbane Roar vs Melbourne Victory. We’ve provided our best Daily Fantasy team for the game in aim to help you with yours. Good luck to everyone entering!

In defence our main objective is to pick a stack of players from the team that we expect to concede the least amount of goals, with the secondary objective being to select the more attacking defenders. Melbourne Victory have won five on the spin and their defence looks solid. We’re going to be taking all Victory players with the exception of the Goalkeeper, who is just too expensive.

Jamie Young (BRR $9,420) – As mentioned above, Jamie Young gets the goalkeeper slot simply because he’s a lot cheaper than Thomas. He will also be the only Roar player in our team.

Corey Brown (MVIC $10,830) – We like to go with full-backs for their added points on the offensive end. This week Corey Brown gets a gig in our team at a reasonable price.

Storm Roux (MVIC $10,480) – On the opposite side to Brown is Storm Roux, who played a solid game last week. We like him again here.

We’re given a bit more freedom with our midfield/forward options as there’s not as much emphasis on defensive liability. We couldn’t fit in Honda due to his price tag, but we’re happy with our other Victory selections here.

Ola Toivonen (MVIC $13,960) – Along with Honda, Ola Toivenen has been a terrific addition to this Victory team. He’s a threat to score on any given night and is nicely priced.

Kosta Barbarouses (MVIC $13,740) – Barbarouses is a part of the furniture at Victory now and has proven to be a decent fantasy scoerer.

Terry Antonis (MVIC $11,560) – The second last player picked in our team this week is Terry Antonis. He’s in the middle of everything for Victory and comes in at a discount.

James Troisi (MVIC $9,650) – The final player selected is James Troisi. He came off the bench last week, but has the skillset to score or assist in limited time. 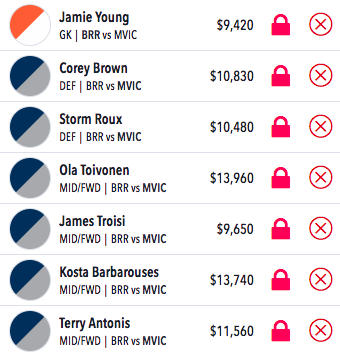