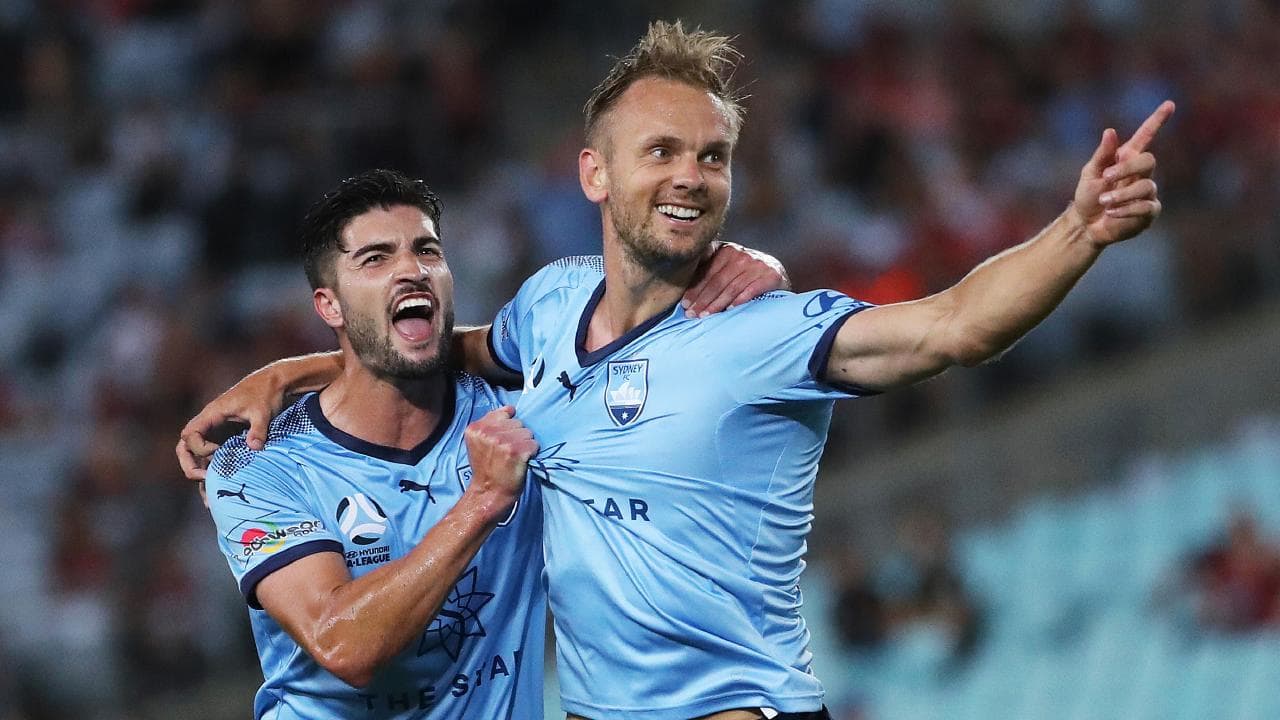 The final pre-Christmas round of the 2018-19 A-League season takes place this weekend with a huge Round 9 in store. It kicks off with a juicy clash between Top 3 sides Perth Glory and Sydney FC and only gets better from there with the Melbourne Derby on Saturday! As always, our focus for this piece will be on the Friday night duel, which promises to be an absolute cracker. Good luck to everyone entering in Daily Fantasy Sport contests over the festive season and Merry Christmas to all our followers!

Draftstars are running great contests all season for each individual A-League fixture, including the big match on Friday night where they have a $1,000 contest on offer.

In defence our main objective is to pick a stack of players from the team that we expect to concede the least amount of goals, with the secondary objective being to select the more attacking defenders. This match could go either way, so we’ve decided to split have a bit each way in defence.

Andrew Redmayne (SFC $10,400) – Redmayne gets the nod here simply because he’s 3.5k cheaper than his opposite number. In a game with so much uncertainty we’ll be taking the cheaper option between the sticks.

Jason Davidson (PTH $10,900) – The first of two defenders in our team is Glory’s Davidson. He gets up and down the left hand side and found himself on the score sheet last weekend. He’s our top pick in defence this week.

Ivan Franjic (PTH $9,240) – On the opposite side to Davidson in Glory’s defence is Franjic. He too gets up the pitch as part of their wingback formation, so he’s a constant threat for an assist.

We’re given a bit more freedom with our midfield/forward options as there’s not as much emphasis on defensive liability. Again, this match could go either way, so we’ve simply selected the best value players on offer.

Brandon O’Neill (SFC $14,660) – We’ve gone for a more even spread in these positions this week with Brandon O’Neill coming in as our most expensive player. He’s always in the thick of it for the Sky Blues and should find plenty of the ball again on Friday night.

Andy Keogh (PTH $13,490) – We had to move a few pieces to get this man in this week and we’re happy we did. He’s a proven goal scorer and is every chance to snag another at a decent price tag.

Josh Brillante (SFC $11,000) – The first of our two cheaper mid/fwd’s is Josh Brillante. He has been out of touch the last couple of weeks, but he’s far too good for that to continue. Get him while he’s cheap.

Alex Brosque (SFC $10,010) – Finally, we’ve gone with Alex Brosque for the final spot in our team. He’s coming off a goal performance last week and knows how to get the job done on the big stage. Good value for money play here. 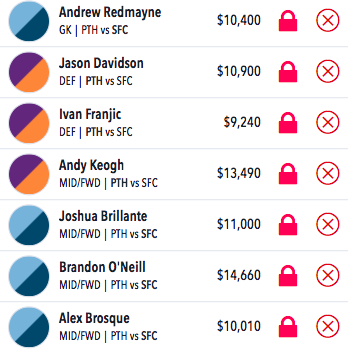