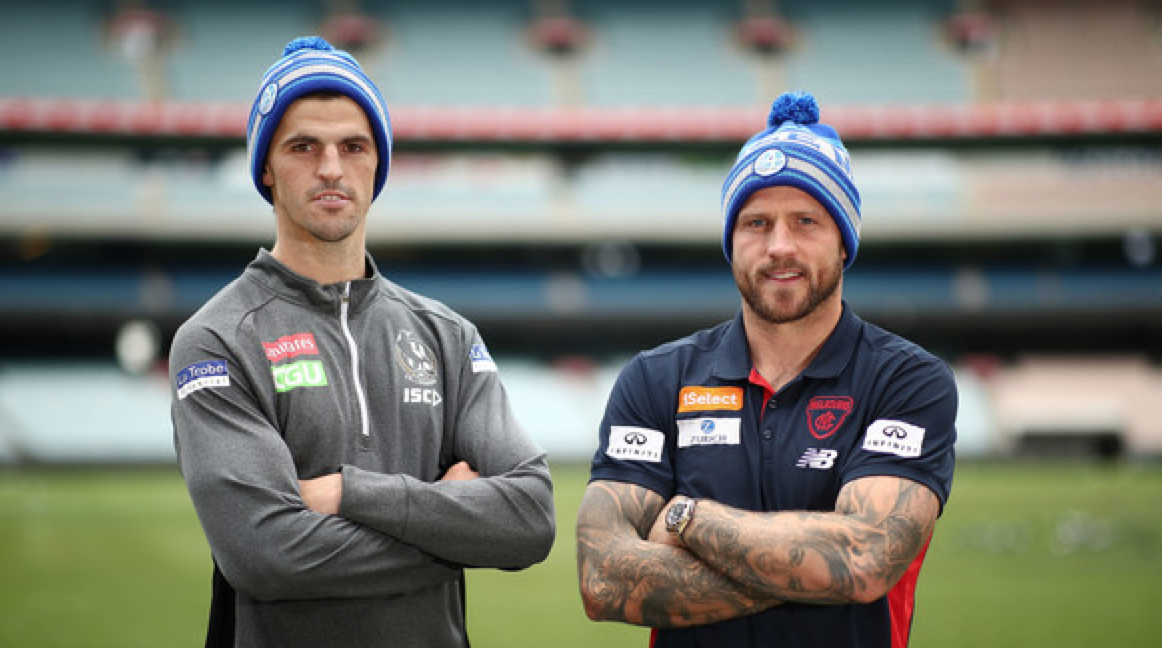 The annual Queen’s birthday clash between Melbourne and Collingwood is upon us and there are monster daily fantasy tournaments on offer across the platforms:

Here is what the bookmakers think: 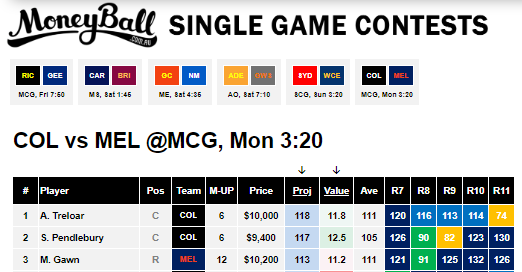 The backline has been a good position to use against the Demons, particularly the premium backs. They have given up 90 points per game to the oppositions top 3 scoring defenders this year, which is the third highest in the league.

Melbourne have also been destroyed through the midfield giving up 91 points per player this season, which is the third highest amount in the league. Collingwood have been the exact opposite, conceding just 79 points per player to the position.

It will be a colossus battle in the ruck as the league's top two players at the position go head to head. Grundy has been the easier of the two to score against in 2019 giving up 79 points per game to the oppositions number 1 ruck compared to Gawn’s 57 points per game (the fewest in the league).

Oskar Baker (MB $3,800, DS $8,850) is the stand out value play on this slate at Moneyball. Despite posting 72 and 87 fantasy points in his last two weeks his price is yet to budge. Baker has been rotating through the midfield a role that is conducive to scoring and his upside in the 70-80 point mark is GPP winning value. Note that on Moneyball he is likely to be the one of the highest owned players on the slate (if not the highest), and he did post a 33 in his first game meaning there is opportunity to go contrarian and fade Baker in larger GPPs.

Jake Lever (MB $5,600, DS $8,960) is a value play I like on Draftstars. This is his first game back for Melbourne in almost exactly a year. Last season for the Demons in the six games before injury he posted an average of 72 fantasy points, posting two scores of 90+ points. With May and Frost in the lineup Lever should be able to float as a loose man, and the one area that appeals to attack the Pies is with defenders.

Brayden Sier (MB $5,700, DS $9,960) is an inside bull who is being brought in to replace Dane Beams. Sier should receive plenty of time playing as an insider midfielder. Last year he averaged 75.5 fantasy points from 8 regular season games, which included 4 games of 80+. He has a positive matchup for his position in this game against Melbourne who have conceded third most points to midfielders in 2019.

Jeremy Howe (MB $5,900, DS $9,920) is price nicely on both platforms. He has been playing more lock down roles this season, which has impacted his season average. But with a 90 point performance last week he showed he is still capable of posting scores. As mentioned above Melbourne have given up significant points to defenders this year and Howe would make for a good player to link with other Magpies defenders. Last year in the Queens Birthday game he notched up 90 fantasy points.

Scott Pendlebury (MB $9,100, DS $14,760) has looked to be back to full health this season and it is showing in his fantasy scores. Pendlebury is averaging 104 fantasy points in 2019 and has slotted back into the regular role of inside midfielder. He has demonstrated GPP winning upside throughout his career and on several occasions this season and furthermore he has always stood tall in these big games (he posted 148 fantasy points against Essendon on ANZAC day). Melbourne are giving up the third most points in the league to the opposition's top scoring midfielders, making this an elite matchup.

This is one of the toughest ruck decisions you will face this season. Grundy is averaging a whopping 121 fantasy points this season compared to Gawn’s 110. That said, Grundy has conceded over 20 more fantasy points per game to his opposition than Gawn has in 2019.

In their head to head battles it recently Grundy has typically got the better of Gawn:

For me it comes down to platform pricing, I will lean towards Grundy on Moneyball and Gawn on Draftstars. 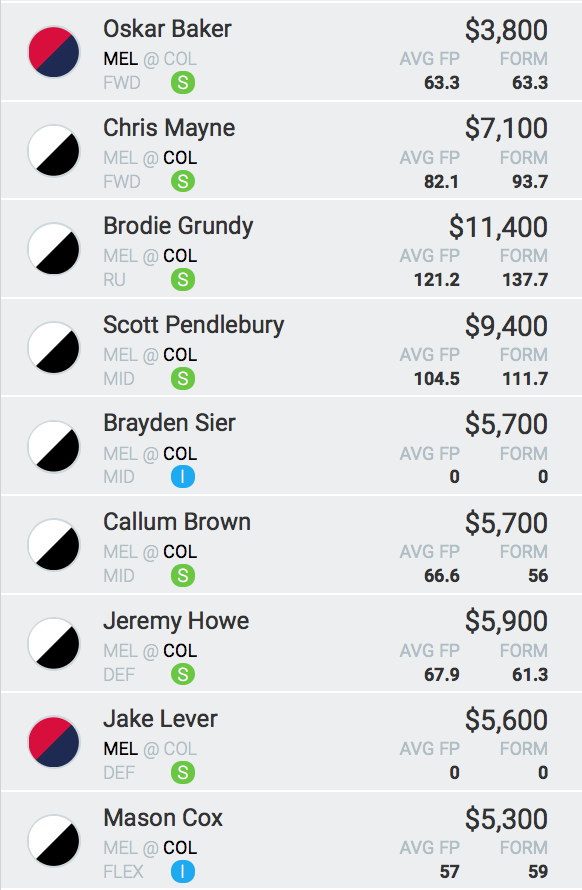