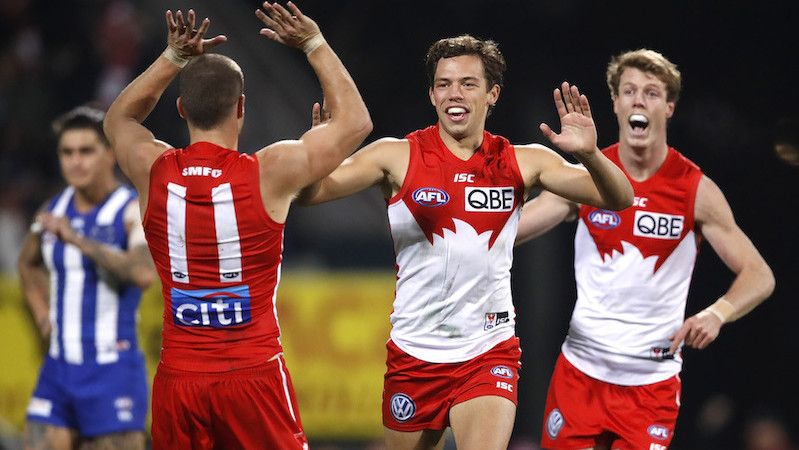 Round 10 of the 2019 AFL Premiership Season kicks off on Friday night with the Sydney Swans hosting the Collingwood Magpies at the SCG.

We're up to episode 15 of the DFS Down Under show with Smatho and Hef and it is fair to say the dogs were barking for it this week ... check out the lads as they discuss different roster constructions on Moneyball and took a massive look at how to attack this match!

CHECK OUT OUR SWANS VS MAGPIES CHEAT SHEET

You will find in the graphic below that the Magpies have given up the second least fantasy points of all teams this season, while the Swans are no slouches themselves as they’ve given up the seventh least in the competition. Obviously, this means that Magpies players should be favoured overs Swans players as a rule, but you’ll find out key positions to target players from each team when we break it down further below.

The first position we’re looking at is the backs, where you'lll find that the Magpies give up the seventh most points to the oppositions bottom three. While seventh can be considered as mid-tier, the Magpies have trended up to equal second over the last five games in this category.

The toughest position to attack on Friday night looks to be the forward line where both teams have been reluctant to give up points all season. The Swans have allowed the fourth least points to opposition forwards, while the Magpies have allowed the second least.

Finally, we look at the rucks points against this season, which leaves us to believe that Brodie Grundy will be a staple in our teams once again in Round 10. The Swans have given up 92 points to the opposition number one ruck over the past five games, ranking them as the sixth leakiest during that period, whereas the Pies have given up just 79.

If selected to play on Friday night, Colin O’Riordan is probably the most obvious cheaper play to free up cash. He comes in near basement price and has proven to score well above that in past. His three games have ended in scores of 57, 71, 46, which would all net you at least 11x value. If he can produce something close to his best score of 71, you’ll be laughing.

One of the highest owned players in Swans fixtures this year has been young Nick Blakey. He certainly hasn’t set the DFS world on fire with his 42.4 average from eight games this season, but his last two weeks (scores of 82, 54) have been his best scores in his young career and make him worth another look in on Friday night.

Relieved of tagging duties in his past couple of games, Levi Greenwood has turned into a really valuable mid-priced type for the Magpies. His three-round average of over 78 has him well worth the $5,700 quote at Moneyball and will make him one of the first picked in our team on Friday night.

No surprises here, superstar ruckman Brodie Grundy gets the nod as our must-have premium-priced play in this match. He’s been torching opposition rucks this season (avg 119), especially over his past three games (avg 133), while giving up minimal points to his opposite number. Hard to go against the big man on current form. 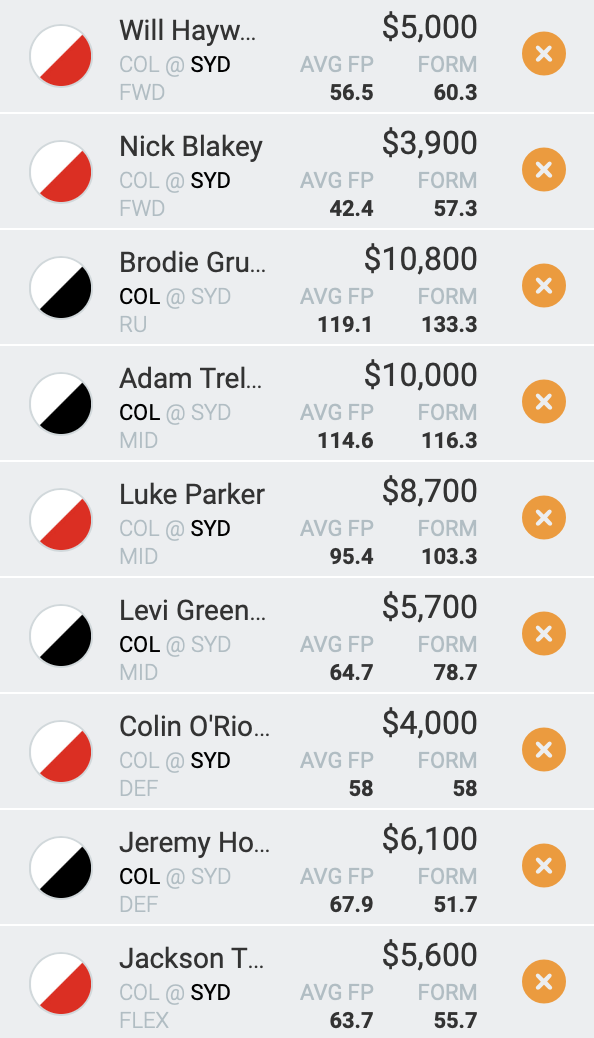