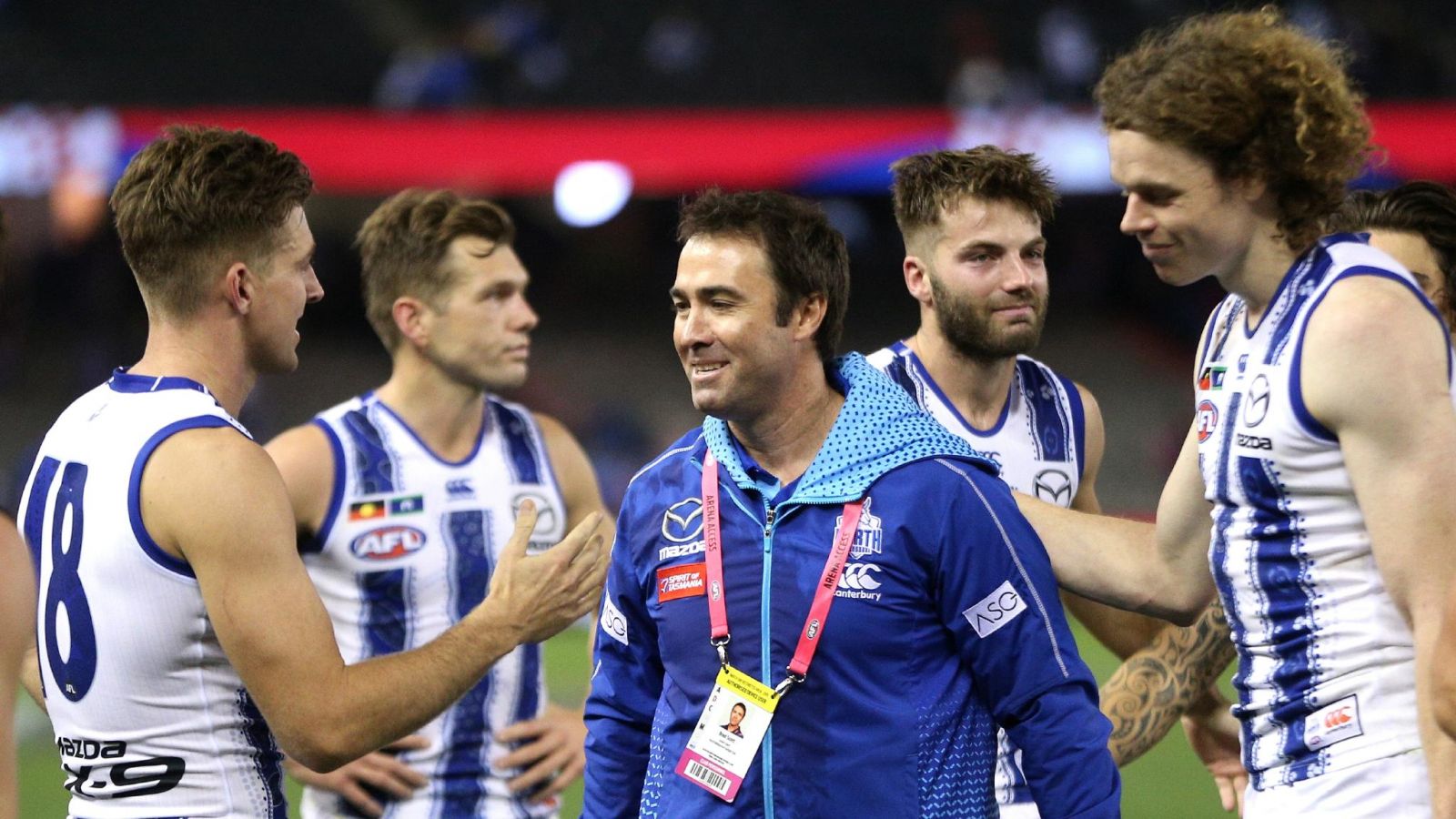 Round 11 of the 2019 AFL Premiership Season kicks off on Friday night with North Melbourne hosting Richmond at Marvel Stadium.

Episode 16 of the DFS Down Under show dropped at the regular time of 8.30pm on Wednesday night. Smatho and Hef had a great discussion around bankroll management and contest selection - a hot topic given all the money on offer around the industry at the moment - as well as an in depth look at this Friday night match!

CHECK OUT OUR KANGAROOS VS TIGERS CHEAT SHEET

You can see below that the Tigers have given up the second most fantasy points of all teams this season, compared to the Kangaroos who have given up the eighth most. However, the Tigers have really tightened the screws over the past five games, where they've actually turned into the seventh stingiest team. Likewise, the Kangaroos have tightened up a bit more and have conceded four less points per game than the Tigers over the last five.

As you can see below, both the Tigers and Kangaroos have been fairly similar to the amount of points they've given up to opposition midfielders both across their last five games and on the season as a whole.

Another interesting area in the fixture is with the forwards. Along with the Demons, the Tigers have given up the most fantast points to opposition forwards this season, and it's remained fairly steady over their past five games. The Kangaroos are right up their in the top five as well, giving up 82 points per opposition forward this season.

If you’re not liking Goldstein for whatever reason, then Callum Coleman-Jones could be a nice cheap play if he retains his spot in the side. He scored a 66 in his first game last weekend and comes in at basement price.

After a dodgy start to the season, Balta has come into his own over the past month and is now a genuine value play in the DFS world. He scored 82 last weekend and had 79 the weekend before that, making him a really good pick at a discount price.

We mentioned above that Richmond give up a lot of points to opposition forwards, which could potentially make Nick Larkey the pick of the bunch in the forward line. He slotted three goals last weekend on his way to 60 points and has scored as much as 82 this season.

Both a mid-priced and value play, Liam Baker looms as a must have again this week. He’s still just $5.5k at Moneyball and put up a huge 112 last weekend against the Bombers in their Dreamtime clash. Obviously not scared of the big stage, Baker represents terrific value again on Friday night.

It’s a lock and load type play here with North ruckman Todd Goldstein. The Tigers have given up the second most points in the competition to the opposing ruck across the last five games. On top of that, Goldy has found some really nice form himself and comes into this off a monster 153 against the Dogs last weekend. 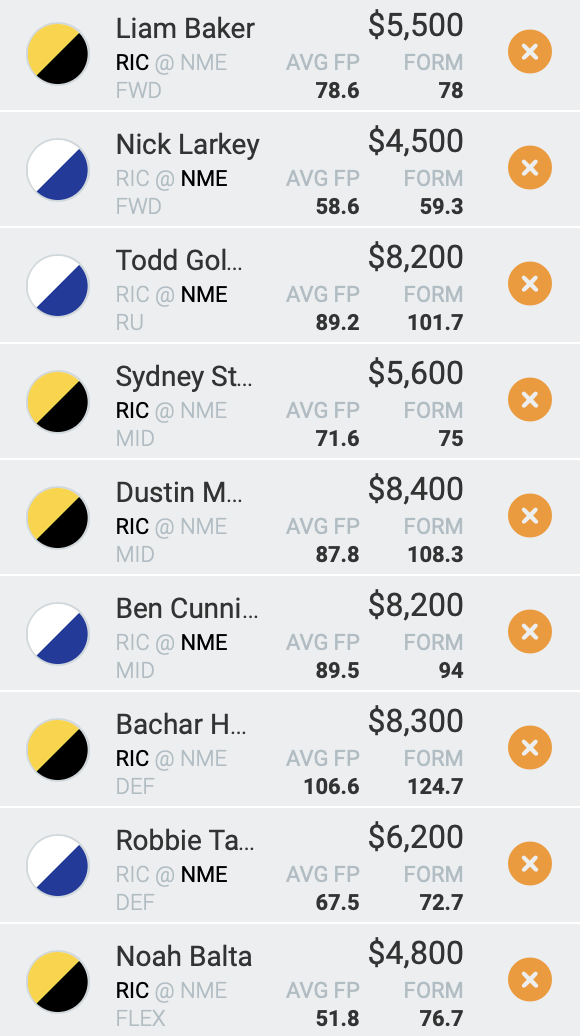