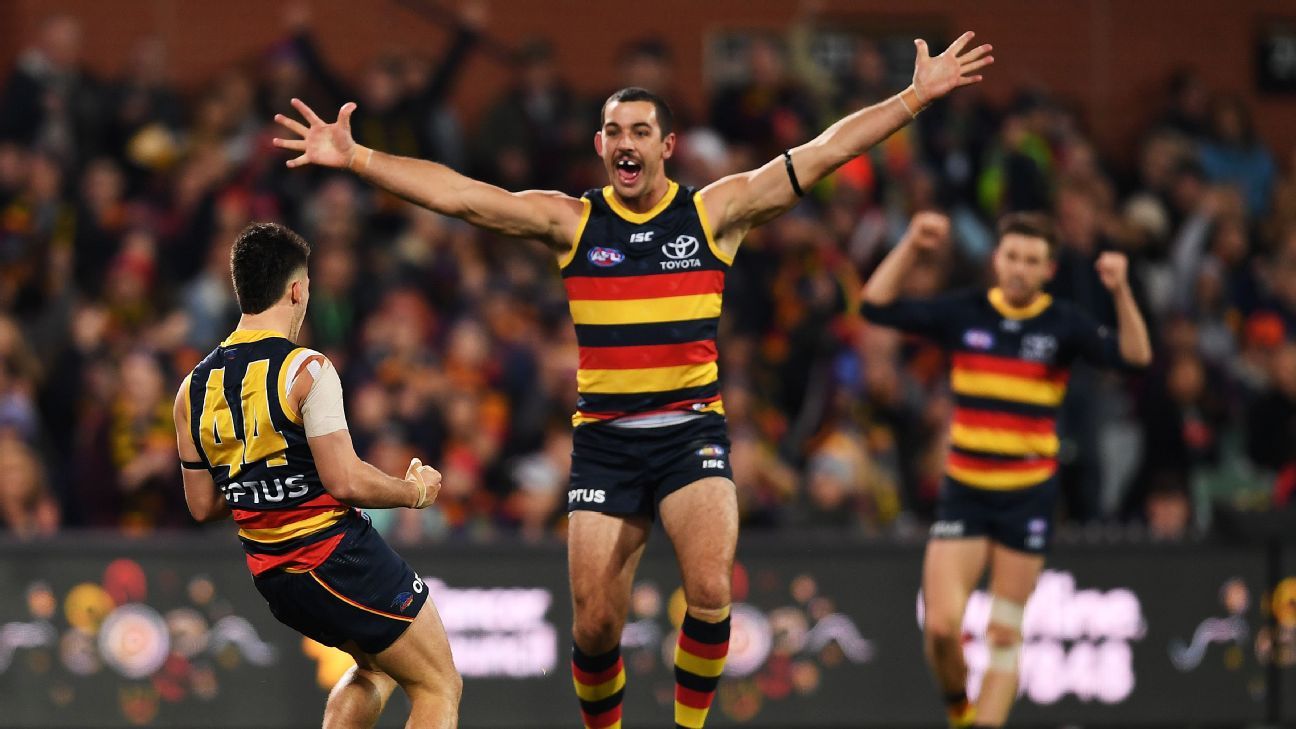 Round 13 of the 2019 AFL Premiership Season kicks off on Thursday night with the Adelaide Crows hosting the Richmond Tigers at Adelaide Oval.

Episode 18 of DFS Down Under dropped on Wednesday night and with Smatho sunning himself in Fiji it was Adgee taking the chair to talk all things DFS with Hef in another monster show. Check it out for a full run down on this clash with some suggestions on how to tackle the match!

CHECK OUT OUR CROWS VS TIGERS CHEAT SHEET

Looking at the line for the game (Crows -24.5), it’s pretty obvious where you want to attack when looking at the points against this season; the Crows have given up far less fantasy points compared to the Tigers this season. Although the Tigers have tightened the screws on the points they’ve given up over the last five games, the Crows should score well if they can get on top in this match.

You can see in the graphic below that the Tigers have given up the fourth most points to opposition defenders this season, however, over the past five games they’ve actually given up the least of any team.

Moving onto the centres and we can see that this time it’s the Crows who have given up the most points to opposition midfielders over the past five games. Their 93 per player average during this period ranks as the third most in the league.

Finally, we look at the ruck battle, which again shows that the Tigers give up the most points of the two to their oppositions number one ruck. They’ve given up the second most points to rucks of all team over the past five games.

Probably the most obvious selection on Thursday night is Richmond’s Patrick Naish. He impressed on debut last week and was one of the only shining lights in their huge loss to the Cats. He scored 79 and is still basement price at Moneyball. Lock and load.

Ivan Soldo has been confired a late out for Thursday night, which opens the door for Mabior Chol to play the second game of his AFL career. He debuted in the final round of 2016 and was really quiet with just two possesions and one behind. He's expected to take care of the ruck duties against the Crows, which will give him a lot more opportunity to produce a decent fantasy score.

There aren’t too many mid-priced guys that catch our eye on Thursday night, although Liam Baker looks like one of the better ones. He’s coming off one of his quieter games (63 vs Geelong), which could lower his ownership, and has shown the ability to score in the 80-90 range consistently.

Brad Couch is the most expensive player in this match and for good reason. He’s having a terrific season and a really consistent one in terms of fantasy. His lowest score all year is 93 and he’s cracked the ton in nine of his 12 matches. If you’re looking for a safe selection that guarantees you a big score, then Brad Crouch is your man. 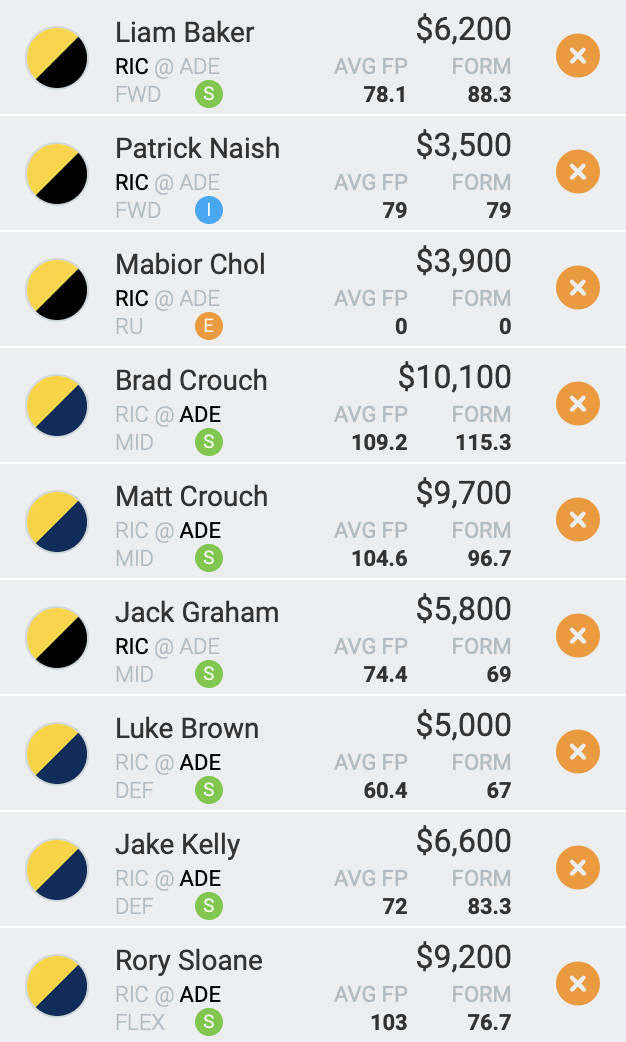