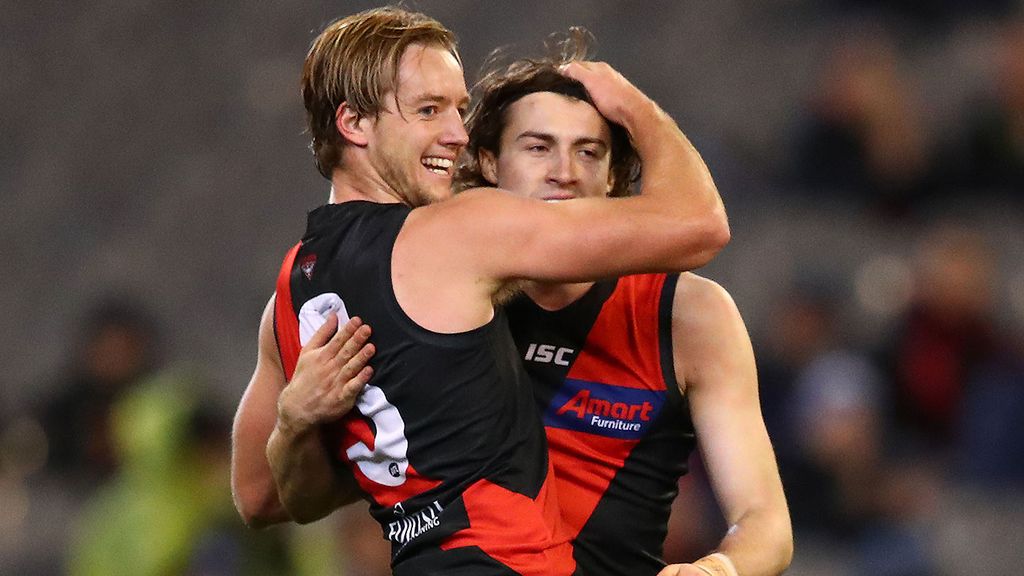 Round 13 of the 2019 AFL Premiership continues on Friday night with Essendon hosting Hawthorn at Marvel Stadium from 7:50pm AEST!

Episode 18 of DFS Down Under dropped on Wednesday night and with Smatho sunning himself in Fiji it was Adgee taking the chair to talk all things DFS with Hef in another monster show. Take a look at their thoughts for this match among their huge preview of the entire weekend!

CHECK OUT OUR BOMBERS VS HAWKS CHEAT SHEET

The bookies have this being a really tight match and it looks that way in fantasy too. Both the Hawks and the Bombers are middle of the pack teams in terms of fantasy points given up this season, making this a really interesting fixture to breakdown. After further investigation, we’ve found that both teams have conceded just about the same number of points to opposition midfielders and forwards, however, the backs and rucks show a large disparity between teams, meaning these are the key areas to focus on.

First up we look at the backs, where you can see the Hawks are ranked #1 in the competition for points conceded. The 73 points per player they’ve given up this season is 11 more than the Bombers (62). This has remained true over the last five games as well, with the Hawks being bang on their season average.

Now looking at the points given up to the opposition number one ruck, we can see that the Bombers are ranked third. They’ve given up 92 points to the #1 ruck both for the season and in their last five games. The Hawks are on the other end of the spectrum, ranked 15thin this category.

The most obvious pick here is youngster Dylan Clarke. He’s only played the one game this season but posted a huge 109 at basement price. Don’t give this one any thought, just lock and load.

We mentioned above that Hawthorn concede the most points to opposition backs, which means you should be targeting the likes of Michael Hurley here. He’s the Bombers highest scoring defender this season with an average of 83.1 and is priced nicely at both Moneyball and Draftstars.

Keeping with the theme of targeting Bombers defenders, we believe Adam Saad could be a really nice point of difference. He’s now found his best form after a slow start to the season and has collected 18+ touches in each of his past seven games. Expect him to score above his price tag here.

Our favourite premium in this fixture is the in-form Zach Merrett. He got off to a slow start once again this season with no 100+ scores in his first three games. However, since then he’s had nine 100’s in a row and doesn’t look like slowing down anytime soon. 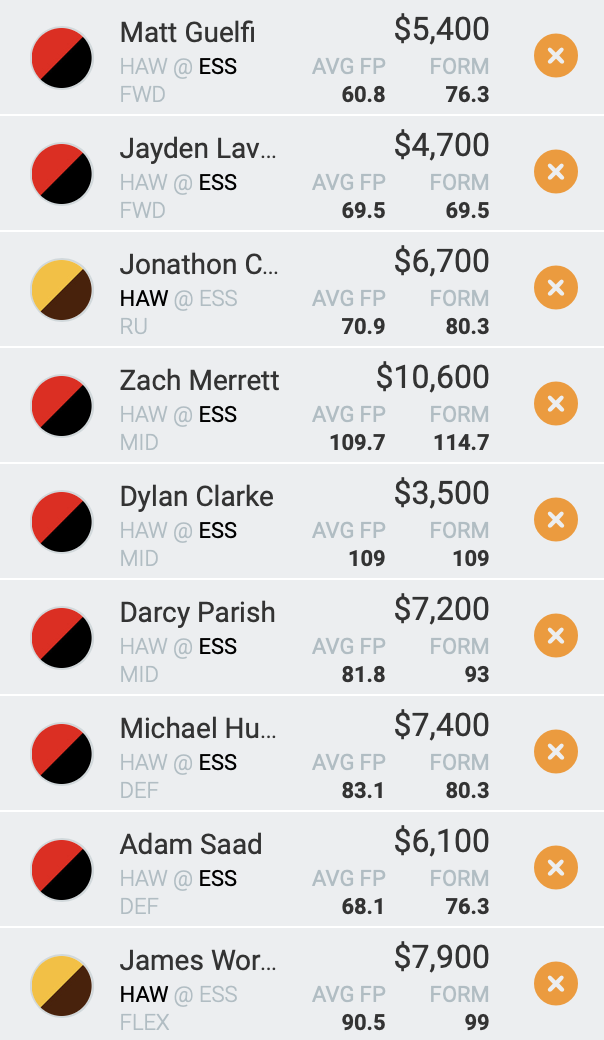