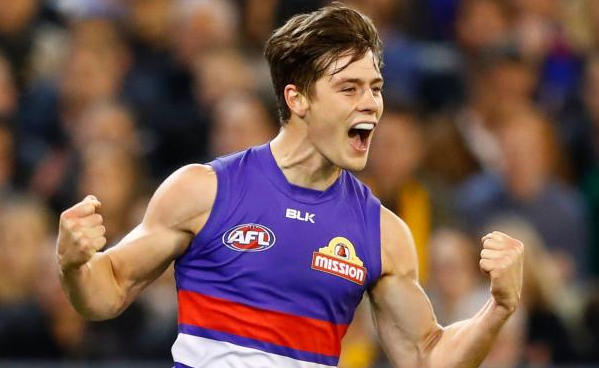 Welcome back to the Super Saturday Round 13 Bye Edition. We have a beautiful triple header to work through with another set of monster AFL Daily Fantasy Contests:

Carlton and Gold Coast headline this slate once again for fantasy points conceded giving up the most in the league this season. Gold Coast matchup with St Kilda who have also leaked points this season giving up the 5th most. Port Adelaide looms as the team to avoid conceding the fourth fewest in 2019.

St Kilda has been one of the best teams to target via backs this season. They have conceded the second most points in the league to the position this year and even better they have given up the equal most points to the premium defenders at 93 points per players to the top three scorers.

Gold Coast stand out above everyone else as the team to target through the midfield. They have conceded the most points in the league to the position and an absolutely huge 122 points per player to the top three scoring mids. That mark is 8 points per player higher than the next highest team, which is Carlton who are also on this slate.

Carlton has been the obvious team to attack in the ruck this year by the numbers, however Matthew Kreuzer is now back into form and the points conceded number is coming down dramatically each week with him holding down the position. On this slate he matches up against Tim English and the Western Bulldogs who have given up the next most points in the league this year to number 1 rucks at 93 points per game. Gold Coast is a team to avoid playing rucks against.

Nick Hind (MB $3,500, DS $5,000) is a mature age player who was picked up in the offseason by the Saints. At the age of 24 years old he should be ready to come in contribute immediately rotating through St Kilda’s midfield. He has demonstrated the ability to score fantasy points at the VFL level averaging 85 this season, with three scores of 80+ and a monster 146 point performance. Hind also draws one of the best matchups in the league for his debut as noted above with the Suns giving up the second most fantasy points in the league.

Brandon White (MB $3,800, DS $6,730) is another Saint who offers salary relief on this slate. White played 5 full games in 2018 (his 6th was injury interrupted). In these games he averaged 58.2 fantasy points, including 1 game over 80 points and another 2 with 62 or higher. This makes for a nice return at his price points on both platforms. In the VFL this year he has excelled in his role averaging 84 fantasy points, with three scores of 100+.

Jason Johannisen (MB $7,300, DS $12,050) draws one of the best matchups in the league against Carlton and fits well if you are looking to stack Western Bulldogs on this slate. Johannisen has shown in past years he offers GPP winning upside of 120+ fantasy points. In his past two games he has points 90+ fantasy points and should be able to top that in the home confines of Marvel Stadium where he has averaged +6 fantasy points over his past 5 games.

Will Brodie (MB $5,700, DS $12,190) was finally unleashed by the Suns last week and boy did he show out. Playing through the midfield he posted a ridiculous 142 fantasy points against North Melbourne. If this role continues there is no reason why he can’t continue to post 90+ points and on this slate he draws a better matchup against the Saints who have given up the fifth most points in the league this season. At the price point on Moneyball he is a lock and load play with a floor of around 75 points.

Matthew Kreuzer (MB $7,500, DS $12,150) has now played 5 straight games and has started to show glimpses of his best form. Carlton are no longer gifting fantasy points to opposition ruckman and Kreuzer showed his upside two weeks ago when he absolutely decimated Tom Bellchambers to the tune of 122 points. On this slate he draws the Tim English who has conceded 93 points per game to opposition number 1 ruckman.

Josh Dunkley (MB $9,200, DS $13,540) has spent significant time in the midfield over the past 5 rounds and this has resulted in an average of 117.4 fantasy points. If this role continues he is one of the top plays, not just on this slate, but in the league. On this slate he matches up against Carlton who have given up 114 points per game to the oppositions top 3 scoring midfielders, the second highest mark in the league. Dunkley also enjoys playing at Marvel Stadium where he has averaged +6.8 points over his last 5 games. He is a lock and load play on Draftstars where he is far too cheap. 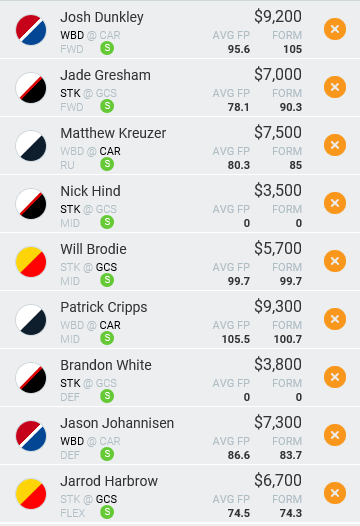