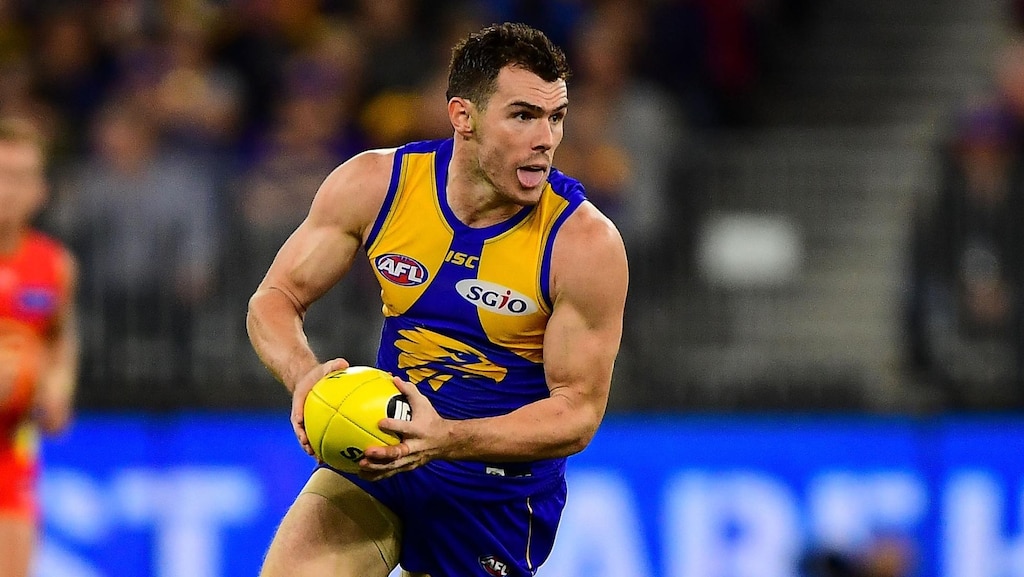 Round 14 of the 2019 AFL Premiership commences on Thursday night with the West Coast Eagles hosting the Essendon Bombers at Optus Stadium in Perth from 8:10pm AEST!

The major tournaments on offer across the platforms for this Thursday night game include:

Episode 19 of DFS Down Under was live on Wednesday night with Smatho and Adgee teaming to talk all things DFS in what was another monster show. Take a look at their thoughts for this match among their huge preview of the entire weekend!

CHECK OUT OUR EAGLES VS BOMBERS CHEAT SHEET

In terms of fantasy points conceded this season, this is one of the closest match-ups across the board that you’ll find. Overall, the Eagles have conceded 1587 per game this year (Ranked 8th), compared to the Bombers who have conceded 1558 per game (ranked 11th). This makes it a difficult little match to navigate, although we’ve still found a couple of positions to attack certain players, which you’ll find below.

Although they’re fairly evenly matched in terms of fantasy points given up to opposition backs across the season as a whole, we can see below that the Eagles have been really leaky across their past five games. They’ve given up the third most points to backs during that period with an average of 71 per player, compared to the Bombers who have given up 65 per player.

Another area with a bit of disparity is with the centres where you can see the Bombers have been trending downwards across the last five games. In fact, they’ve given up the second least amount of points during that span. Meanwhile, the Eagles have given up the sixth most points to opposition centres over the past five games.

Both the forwards and rucks are really evenly matched in terms of fantasy points conceded, so it just comes down to personal preference of the players you opt to go with, depending on how you see the match score line unfolding. If you anticipate an easy win for the Eagles, then go with an Eagles ruck/forward stack, and vice-versa for the Bombers.

Will keep this short and simple because it’s a fairly obvious pick. Clarke’s averaging 88 through two games and will get a job on one of the Eagles mids, meaning he’ll be around the ball a lot. He’s still basement price at Moneyball - Lock and load.

One of the best options in defence that could also be a cheeky POD is Bombers young gun Andrew McGrath. He’s got a last three average of 83 and gets a soft match-up here. The Eagles conceded some huge scores to rebounding defenders last time out against the swans (Lloyd 149, Rampe 130, Mills 108), making the smaller guys like McGrath the preferred choice over the likes of Hurley and Hooker who will have their hands full with the Eagles tall forwards.

Parish is another one of these mid-priced Bombers that can save you a bit of cash and post a big score. He was unable to get a game earlier in the year but has since come on strong in the senior side. He’s averaging 98 over his last three with scores of 101, 105 and 88. These are the type of guys that the winning line-ups generally have, so it’s worth having a bit of Parish sprinkled in your line-ups.

There’s a number of stud midfielders in this fixture that you could make a case for as a must-have premium. You probably couldn’t go wrong with most of them, although you do need to be wary of the Clarke tag. We suspect Worsfold has him running with either Shuey or Yeo (if he plays), which should free up Gaff to run amok. Others we like are Sheed and Redden from the Eagles, or Merrett from the Bombers. 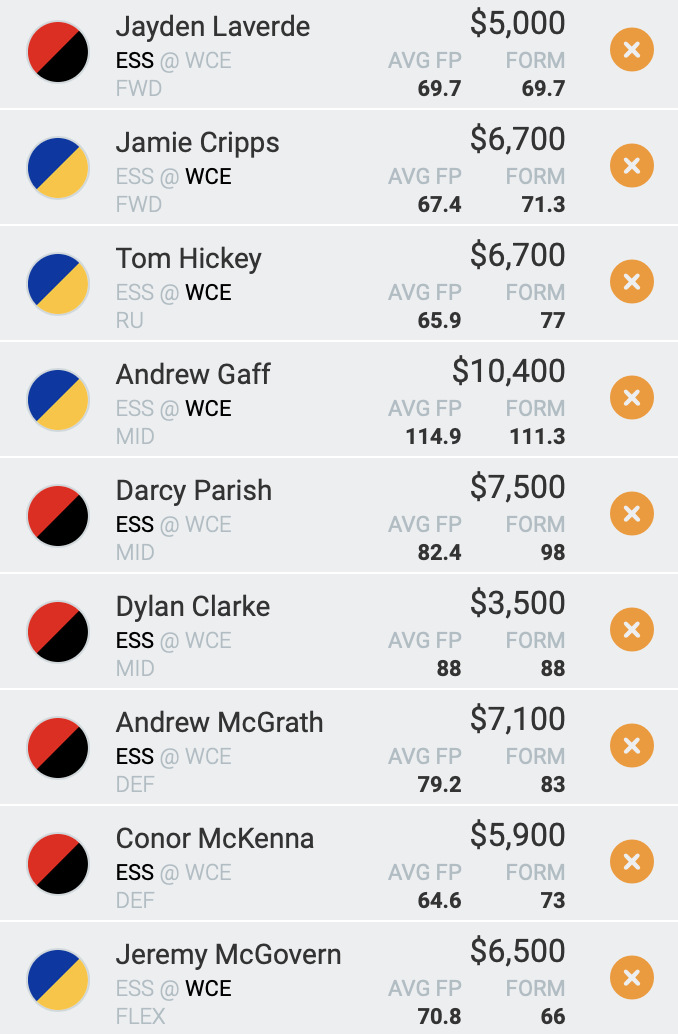