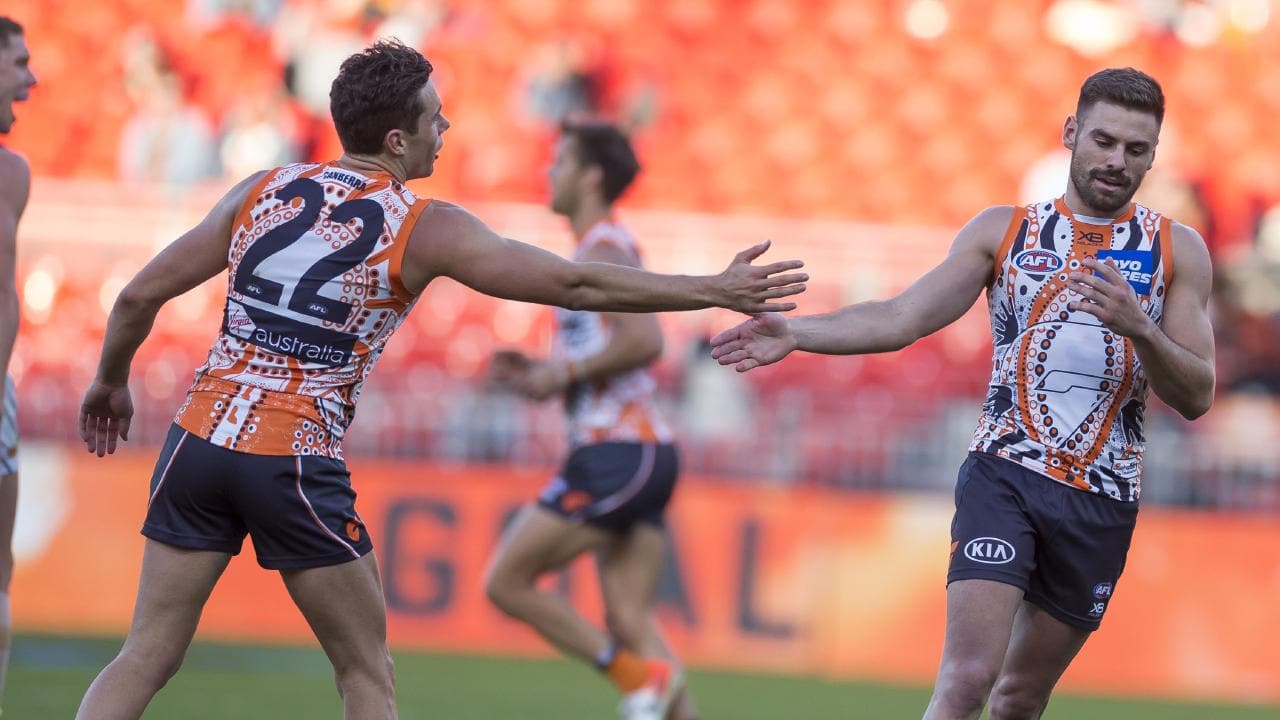 Round 15 of the 2019 AFL Premiership Season kicks off on Thursday night with an interesting fixture involving the Bombers and the Giants at Marvel Stadium in from 7:20pm AEST!

The major tournaments on offer across the platforms for this Thursday night game include:

Episode 20 of DFS Down Under was live on Wednesday night with Smatho and Hef teaming up to talk all things DFS. Take a look at their thoughts for this match among their huge preview of the entire weekend!

CHECK OUT OUR BOMBERS VS GIANTS CHEAT SHEET

You can see below that the Giants are the stingiest team in the competition in terms of conceding fantasy points this season. On the other hand, the Bombers are ranked as a middle of the pack side. If you’re expecting the match to play out on the Giants’ terms like the odds suggest, then stacking their players seems like the way to go. Let’s break it down position by position to see if there’s any specific areas we can attack either side.

Probably the most impressive DFS area the Giants excel in limiting fantasy points to opposition midfielders. They’re easily the stingiest in the competition in this area both over the past five games and over the season as whole. Meanwhile, the Bombers have given up the eighth most points to midfielders, making this an obvious area to attack.

One of the more (or least, depending on how you look at it) interesting positions is the ruck. This is an area where the Giants have given up their fair share of points this season, particularly over the past five games where they’re ranked third in the AFL. However, the issue here is the Bombers have two certified potatoes in the rucks with Bellchambers and McKernan.

Both the forwards and backs are fairly evenly matched in terms of fantasy points conceded, so it just comes down to personal preference of the players you opt to go with in these positions, depending on how you see the match score line unfolding.

Another no-brainer with the Dylan Clarke pick. He’s averaging over 80 points through his three games this season. Still very, very cheap at Moneyball and a value play at Draftstars, too. Will likely get the job on Kelly or Coniglio, meaning he will be getting a big run through the midfield.

Always one of the lesser owned Giants mids, but still very productive is Jacob Hopper. He’s averaging 108 over his last three and a touch over 90 for the season. Offers some salary relief compared to his fellow stars and still has the capacity to go big.

Perryman has been a value play at both Moneyball and Draftstars for a couple of weeks now, and this Thursday night will be no different. He’s scored 75+ in each of his last five matches and will likely give you something similar against the Bombers.

As it always is with the Giants, there’s a smorgasbord of premium mids to choose from. The Clarke tag will influence who you select as your out and out gun. We believe Taranto is the safer pick compared to Coniglio and Kelly, although you can’t really go wrong with any of these guys. 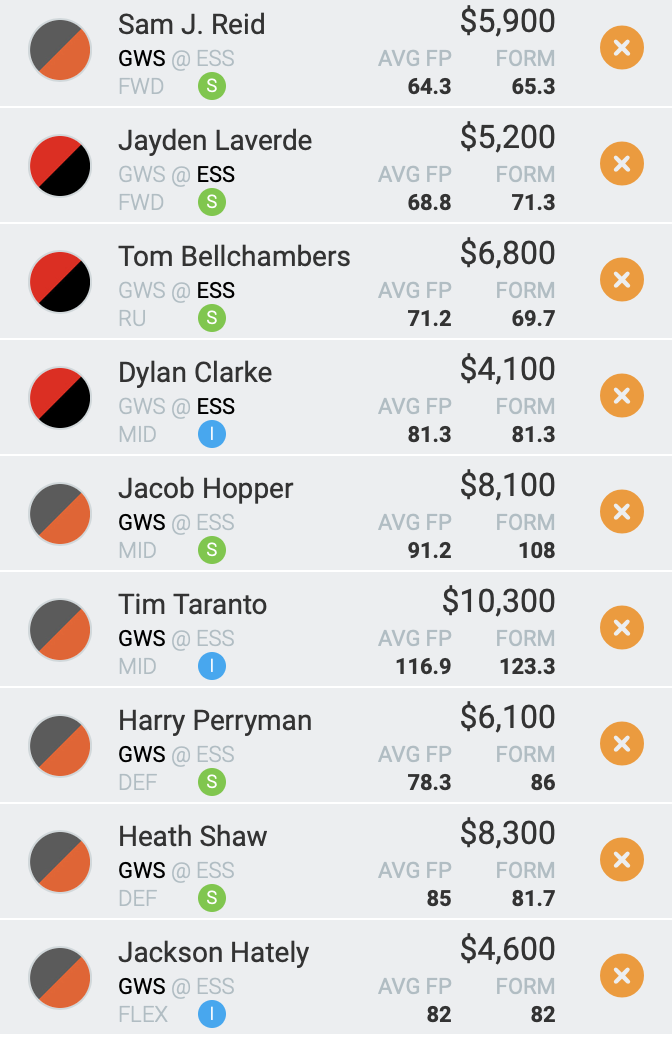