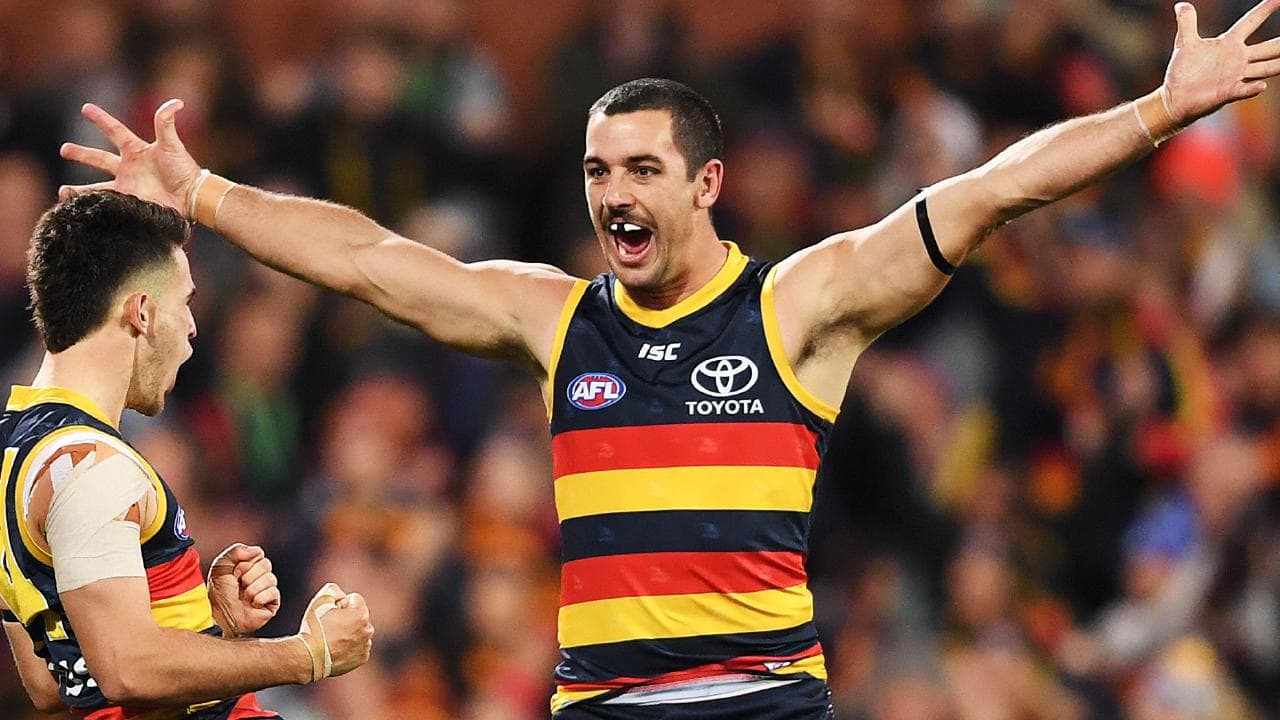 Round 15 of the 2019 AFL Premiership Season continues on Friday night with the top of the table Cats hosting the Crows at GMHBA Stadium from 7:50pm AEST.

Episode 20 of DFS Down Under was live on Wednesday night with Smatho and Hef teaming up to talk all things DFS. Take a look at their thoughts for this match among their huge preview of the entire weekend!

CHECK OUT OUR CATS VS CROWS CHEAT SHEET

It’s a similar type of scenario to Thursday night’s fixture in terms of one team (Geelong) being stingy with conceding fantasy points, while the other (Adelaide) is ranked as a middle of the pack side. Once again, we’ll highlight a couple of key positions you should look to attack to increase your chances of a collect.

The Crows aren’t the leakiest of teams across the board, although they have given up their fair share of points to opposition defenders this season, particularly to the higher-end guys. They’ve given up the third most to top 3 backs, while the Cats have given up the fifth least in this category.

If the Cats do go on to win this game fairly comfortably like the odds suggest, one position where you can still play a Crows player is in the ruck. We saw Reilly O’Brien go huge against the Tigers in Round 13 and he finds himself with a chance to back it up on Friday night against the Cats who give up the fourth most points to ruckmen.

The midfield is fairly even in terms of points conceded this season, and the forwards is much the same. However, if the Cats can score 100+ points it could be well worth playing a guy like Tom Hawkins who could kick four or five and land you some nice return for his price.

22-year-old Ben Davis gets his first game of AFL this weekend. There's not much in the way of fantasy news about him, although he has been putting up decent numbers in the magoos over the past three weeks. Along with Fogarty, Davis will be the only option for salary relief in this slate.

We mentioned above that O’Brien looms as the standout Crows selection on Friday night. He had 146 last time out and has 3x 100+ scores in his last four games. Coming up against a soft match-up vs Geelong rucks who allowed 130 to Lycett last weekend, ROB seems a really solid play.

One area that stands out in this slate is playing the premium backs, which obviously leads to Tom Stewart being a decent play. He’s got incredible consistency with his lowest score of the season being a 79 earlier in the year. He’s also shown the ability to go large with scores of 115 and 124, which we’ll be hoping to see from him in a soft matchup.

A little bit of a boring pick here, but Dangerfield is the best of the premiums for mine. Alongside Duncan, Danger was the best of the Cats in their recent loss to the Power. He had a fairly lean start to the season but looks to be coming into his element over the past three rounds where he’s averaging 126.7. He may be of fairly high ownership considering the tough slate, although he’s nearly always worth his price. 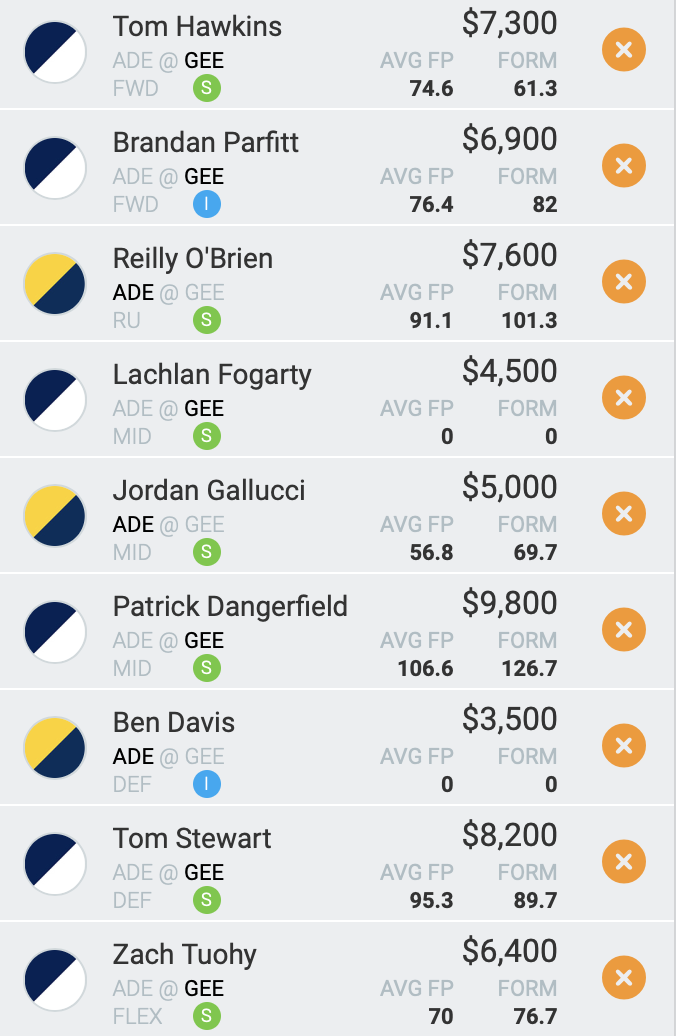