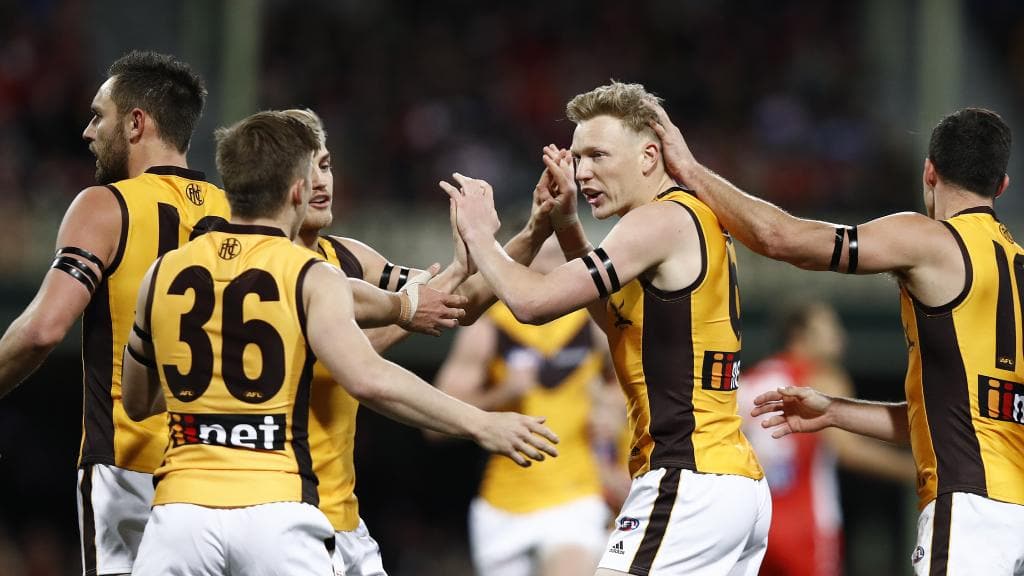 Normality resumes for AFL Round 16 with a Friday night clash between Hawthorn and Collingwood kicking off a nine-match round. It should be a great contest between two teams looking to bounce back from last weekend’s disappointment.

Check out Episode 21 of our DFS Down Under show below! Smatho and Hef dove right into the three major AFL slates for Round 16, especially focusing on this Friday night match, as well as wrapping up all the DFS news and happenings of the past week!

CHECK OUT OUR HAWKS VS MAGPIES CHEAT SHEET

The Magpies have been one of the stingier teams in the league this season in terms of fantasy points conceded, although they have let up a bit over the past five games, which has a lot to do with the drubbing they copped last weekend against North Melbourne. On the other hand, Hawthorn have given up the sixth most fantasy points this season and have remained fairly consistent in doing so.

The backs are nearly always an area we look to exploit when the Hawks are playing. They’ve given up the most points to opposition defenders in the competition this season, and while they were a bit tighter in this area vs Eagles last weekend, a lot of that had to do with the extreme weather. Meanwhile, Collingwood are a middle of the pack side in allowing points to defenders.

The other position that’s a really interesting one in this slate is the rucks. We often ‘set and forget’ Brodie Grundy when the Magpies are playing, although this slate looms as one where we might actually fade him. The Hawks have given up the fourth least points to rucks this season and have remained steady with that trend over the past five games.

All in all, this is a pretty difficult slate to get a read on, and most of your selections will be based on how you see the game unfolding. In saying that, we’ve still highlighted some really good plays that you could potentially target on Friday night.

Providing he gets picked by Bucks again, and he should because he was far from the worst Magpie last start, Daicos represents some of the best value for money in this slate. He comes in at $5k at Moneyball and averages 68 over his 13 career games. He had an 83 first up last weekend and should give you around that 14-15x value we’re always searching for.

Not usually someone we’re looking at in DFS but Roughead bobs up as a potential value play on Friday night. He’s been a staple down back for Collingwood this season and is likely to see a lot more of the ball than he normally would due to the Hawks game style. If he can produce one of his 70ish scores that we’ve seen lately he could be a really good play in a limited slate.

One of a few mid-priced guys that stands out in this slate is Daniel Howe from Hawthorn. He did a job on Eagles gun midfielder Elliot Yeo last weekend and should hold his place in the side once again after being named fourth best. He’s had 2x 80+ scores this year and his lowest score has been 61, which is a great floor to work with.

There aren’t too many premiums that really stand out here, so we’ll be taking the cheaper and form option in Liam Shiels. He’s cracked 100 in seven of his last nine games and has a last three average of 115, which is fantastic for his price at Moneyball. 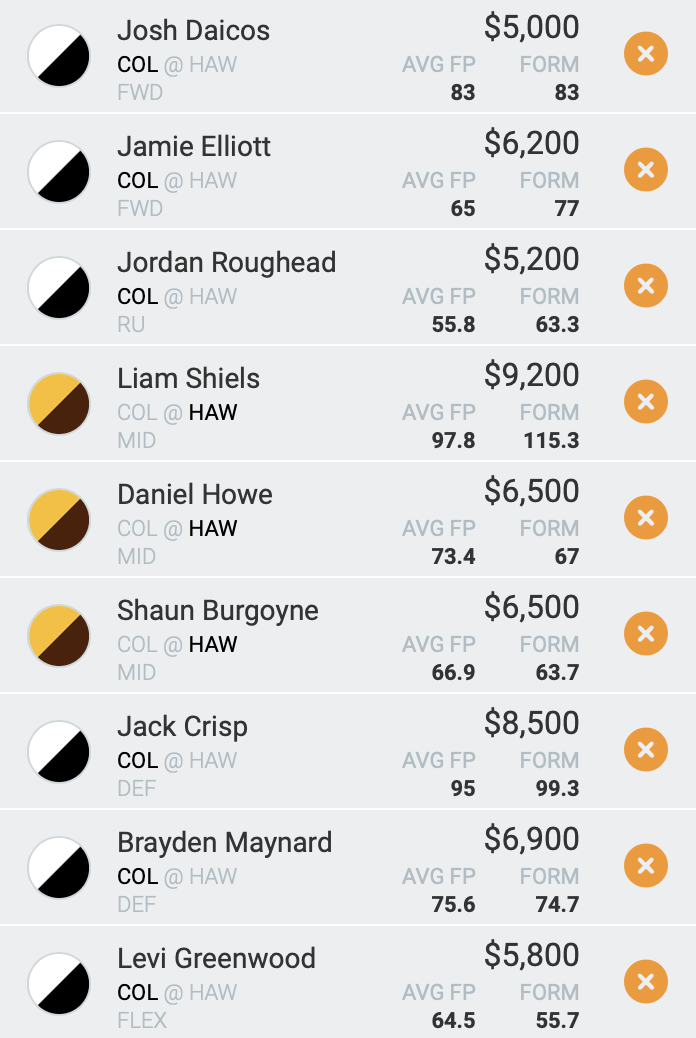