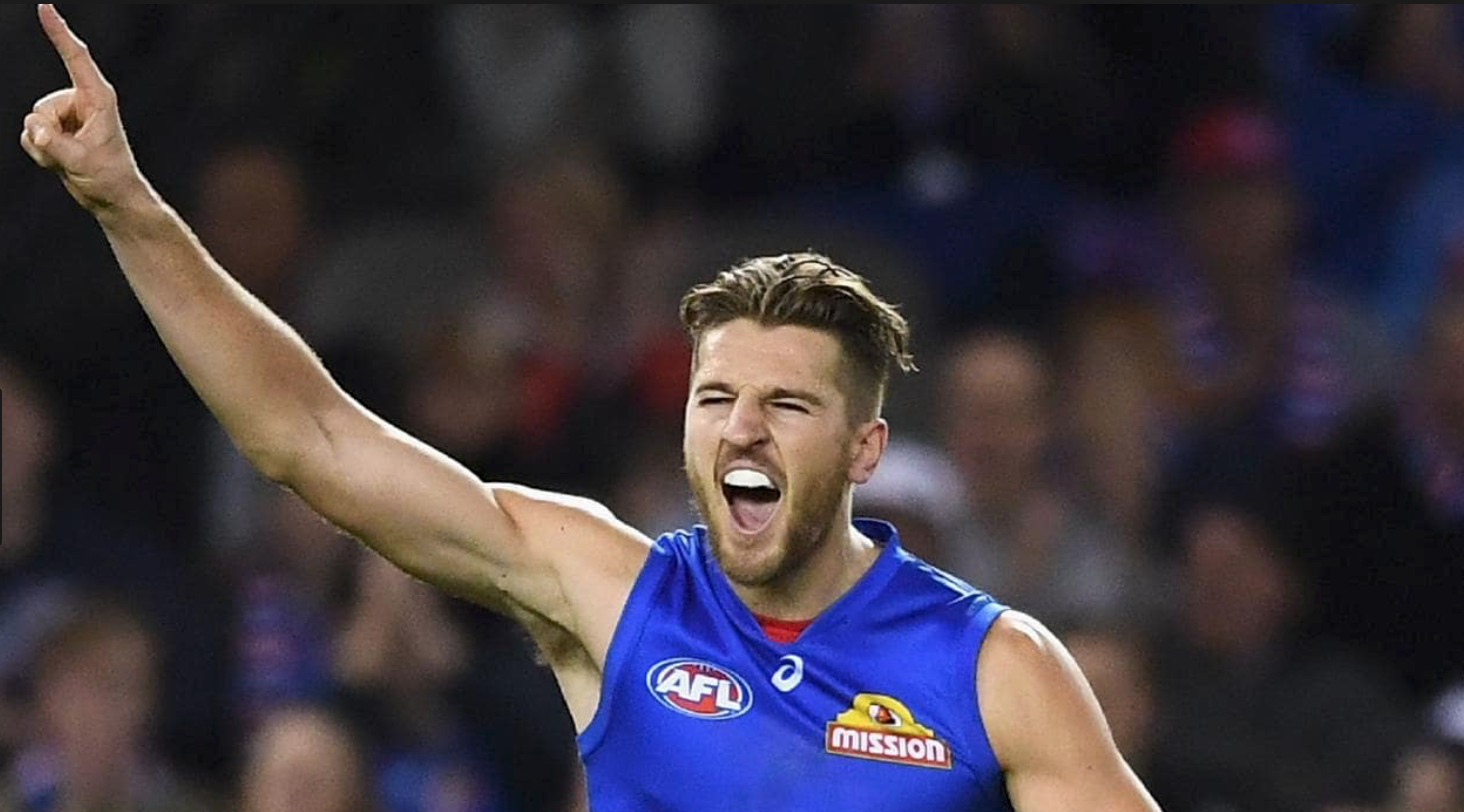 The perfectly sized three game Sunday slate is back and upon us for Round 17 of the 2019 AFL Premiership Season. The major platforms continue to roll out massive DFS contests:

Rickmond head this slate as the best team to attack giving up 1,655 points per game this season, which is the third most in the AFL. They have been a little more stingy in recent weeks, as have Melbourne who have given up the fifth most points on the season, but just 1,563 over the last five weeks.

Port Adelaide vs Brisbane looks like the game to ignore as the two teams have conceded the 5th and 3rd fewest points in the league respectively this year.

Melbourne are the team to target on this slate through midfield and daily fantasy players should be licking their chops to play the big Bulldogs big three against them. They have given up a massive 113 points per game to the oppositions top three scoring midfielders, which is the third highest mark in the league this year.

At the other end of the scale be cautious spending up on Tigers midfielders on this slate as the Giants have conceded just 97 points per game to premium midfielders, the lowest amount in the league.

The dream matchup for big Max Gawn would typically be the easiest play you could find. He matches up against Tim English and the Western Bulldogs who have given up 103 points per game to number one rucks this season (and 115 over the last 5 games). The only question mark is the fact that Gawn is coming back off a rolled ankle and will have Braydon Preuss chopping out.

Kyle Dunkley (MB $3,500, DS $5,000) was the obvious value play last Sunday and just under what you aim for from the basement priced players with 46 points. He was still in most of the winning teams as he unlocked several premium players who went massive. He remains a great value play on this slate again for all the same reasons, and should be more comfortable in his second game at this level. As a big bodied inside midfielder by nature, like his brother Josh, he has also shown capability at VFL to play forward and hit the scoreboard.

Toby McLean (MB $6,800, DS $10,470) looks to be moving back into a role that enables him to rotate through the middle again based on comments by coach Luke Beveridge and his role last week. McLean attended just three centre bounces, but was lining up on the wing more than earlier in the year. It showed in his scoring with 82 fantasy points from 23 disposals. If this continues he has upside well over 100 points as we saw last season. This is a positive matchup for him against Melbourne and he also plays Marvel Stadium well averaging +6 fantasy points on his average over his last 5 games at the ground.

Max Gawn (MB $10,700, DS $15,990) has the best matchup in the league against the Bulldogs as noted above. He also stands out as being one of the few ruckmen with a positive matchup on the slate. Preuss in the lineup hasn't impacted Gawn’s scoring this season, averaging 111 points per game in the two games they have played together this season. This is a slate where Gawn’s 150+ point upside is well and truly in play. 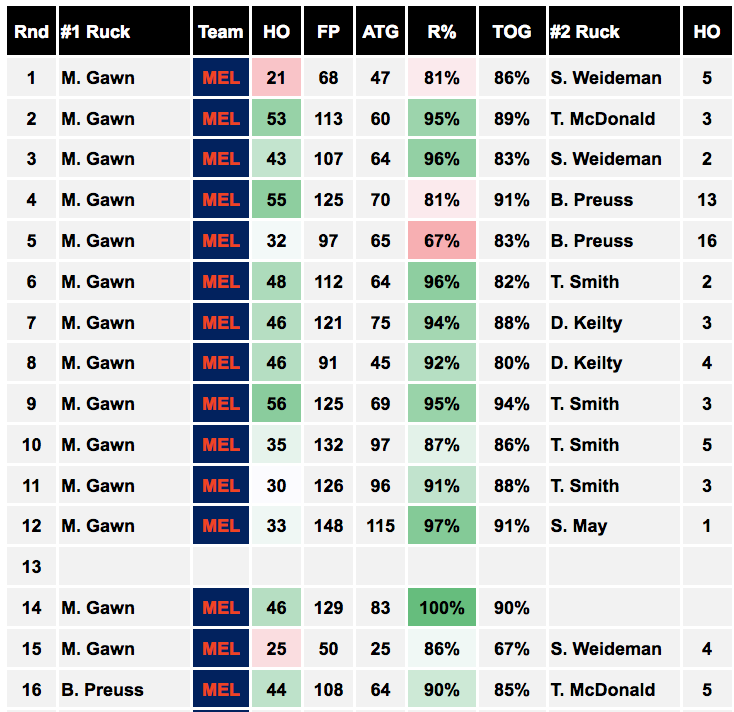 Marcus Bontempelli (MB $9,300, DS $13,800) is underpriced on Draftstars and draws one of the top matchups in the league against Melbourne on this slate. As noted above the Demons have conceded 113 points per player to the oppositions top 3 scoring midfielders this season. Bontempelli has been on a tear, along with his running mates Jackons Macrae and Josh Dunkley, averaging 104 points on the season and 112 points over the last three games. The Bont loves Marvel Stadium as well, averaging 107 points over his last 5 games at the ground. 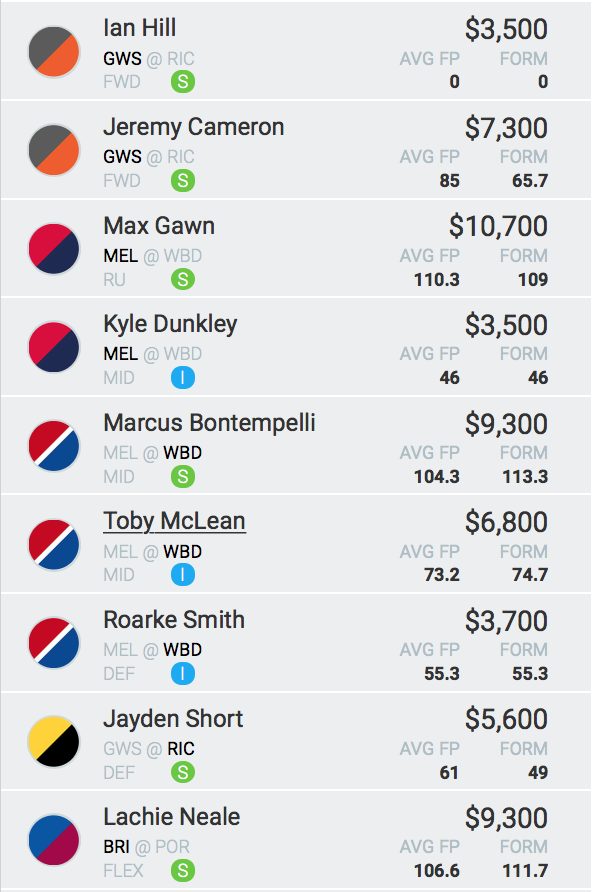