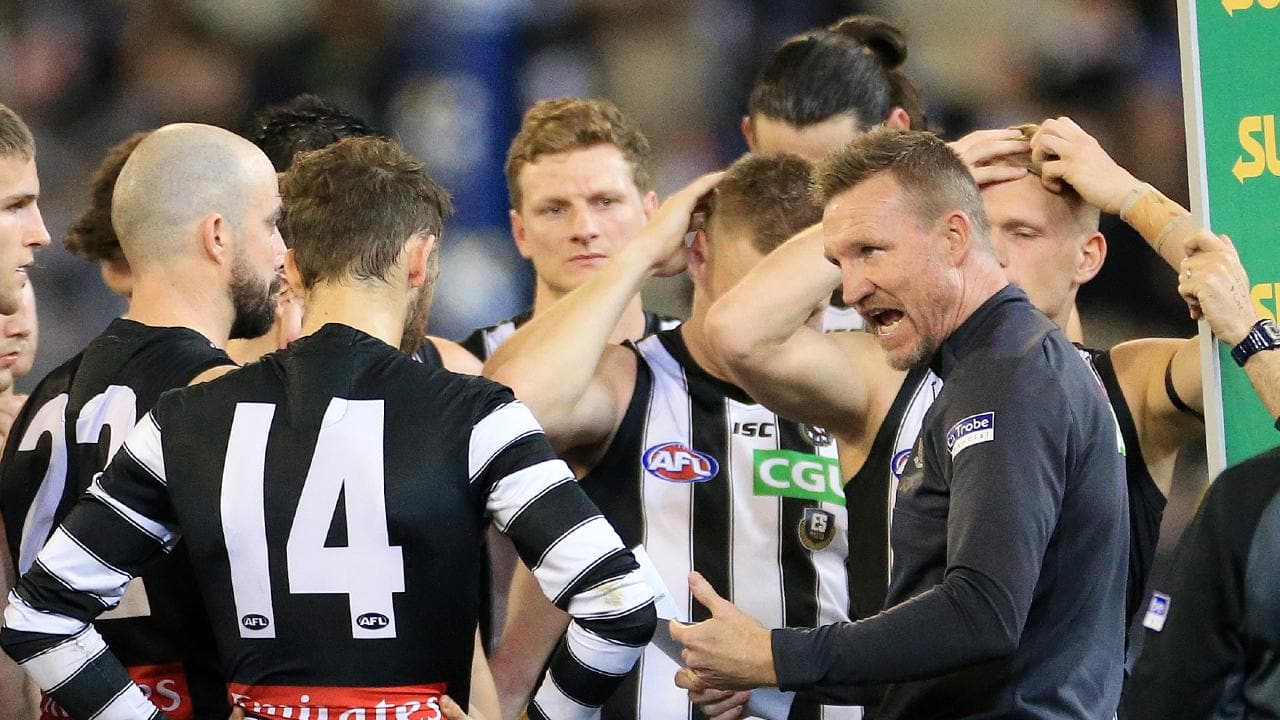 Round 17 of the 2019 AFL Premiership Season kicks off on Friday night with a Grand Final rematch between West Coast and Collingwood. Catch the action at Optus Stadium from 8:10pm AEST.

The biggest DFS show in Australia was back in the regular Wednesday night timeslot this week for Episode 22! Check out Smatho and Hef as they take a deep look into this match among another huge show talking all things DFS!

CHECK OUT OUR EAGLES VS MAGPIES CHEAT SHEET

The fantasy points against is pretty even this season for the Eagles and the Magpies. However, a drop off in form has resulted in the Magpies giving up a fair few more points compared to the Eagles over the past five games. Game script will have a lot to do with how you play this slate.

A really evenly matched slate means we’ve had to dig deep to find some potential areas to attack. Take this as you will, but the Magpies have conceded the least points to opposition bottom three centres this season with 59 per player, while the Eagles have given up the seventh most at 67 per player.

Always a really important area to address is the rucks. This is actually one of the most interesting slates for rucks that we’ve had all season. The Eagles have given up more points to rucks this year compared to the Magpies, but it’s been a completely different story over the past five games. Brodie Grundy hasn’t been his scary self lately and is letting his opposite number get off the chain, while Nic Nat’s presence for the Eagles has stopped all opposing rucks in their tracks. This is an area worth spending quite a bit of time on.

As mentioned above, it’s a really even slate, so picking your line-up will largely revolve around how you see the match panning out. The general consensus is that the Eagles will be comfortable winners, so the safest way to play this slate would be to field plenty of them in your line-up.

Lets have a look at some of the best value selections on Friday night.

Isaac Quaynor ($4,200 MB / $8,960 DS) – Great debut for the Magpies last weekend with a 78. He gets the slight price increase at Moneyball that certainly won’t scare anyone off. Draftstars is a different story however, with his $9k price making him a potential fade depending on how much of the ball you see the Magpies defenders getting.

John Noble ($3,500 MB / $5,000 DS) – The first John to pull on the boots in an AFL match in nearly three years. Noble was picked up in the mid-season draft after averaging 22 disposals in the SANFL this year. He’s gone on to amass 22, 22, 28 disposals in his three VFL matches and has earned his first game at the elite level. Quick, smart, reliable are the words being tossed around about Noble. In terms of fantasy value, he seems a must-have at his basement price.

Jamie Cripps ($6,800 MB / $10,510 DS) – Cripps is one of those guys that generally play well when his team’s playing well. He also prefers it at Optus Stadium where he averages 75 fantasy points, compared to interstate where he averages 66. Further, Cripps has scored 80+ in 5/7 games at OS and he’s managed just one 80+ game interstate.

Chris Masten ($5,800 MB / $8,710 DS) – He’s been on our radar for a while now with his cheap price and big upside. Masten came to the party last weekend with 25 touches and 92 fantasy points against the Dockers. He looks a great play to free up cash to splurge elsewhere.

Jack Redden ($9,000 MB / $13,820 DS) – Really like Redden as a cheaper premium option this week. He’s another guy that plays a bit better on his home deck compared to on the road. Averages 95.3 at OS compared to 90.2 interstate. Particularly like his Draftstars price. 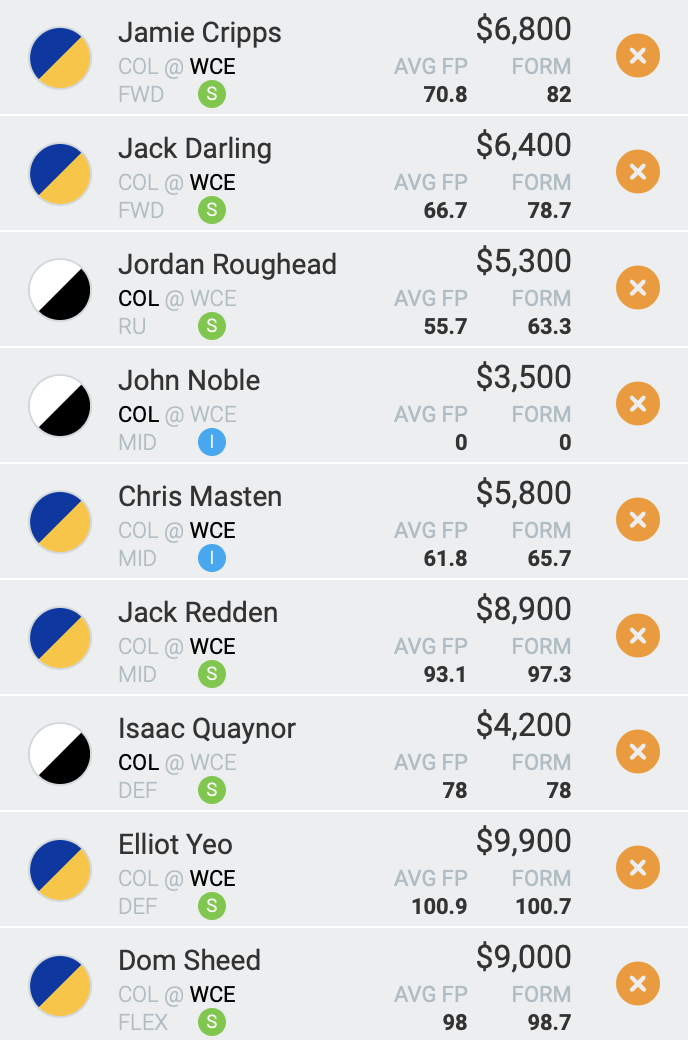