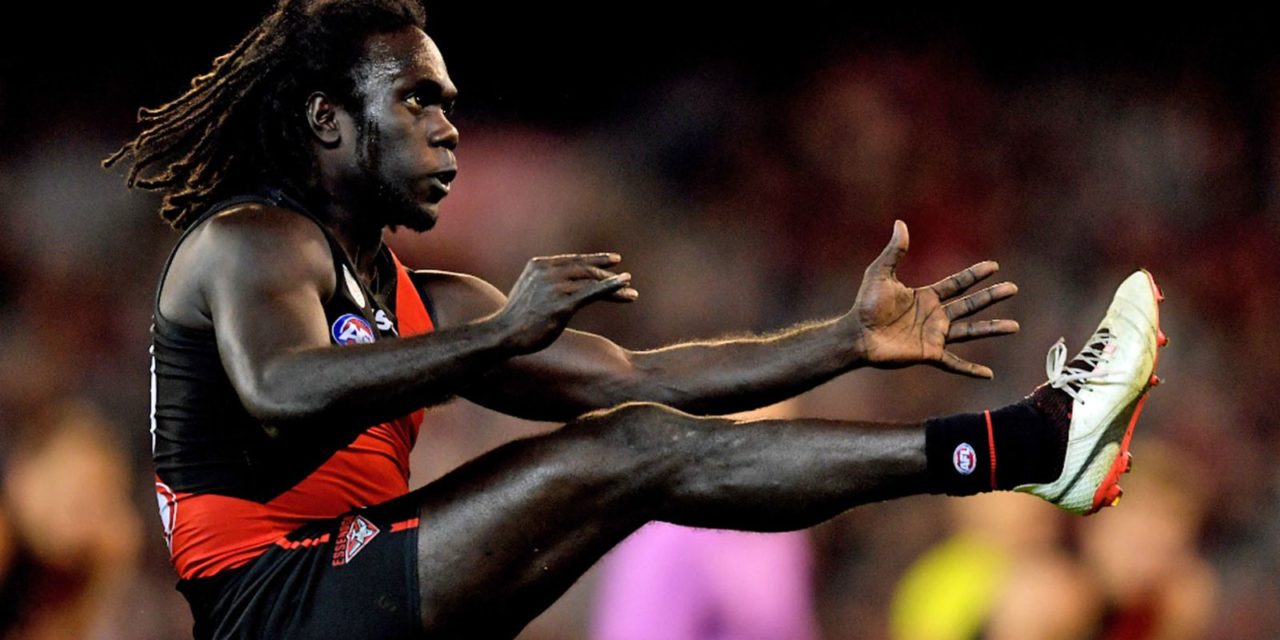 AFL Round 18 kicks off on Friday night with an interesting fixture that sees the Adelaide Crows hosting the Essendon Bombers. Action will kick off at Adelaide Oval from 7:50pm AEST.

Episode 23 of DFS Down Under dropped on Wednesday night! Smatho had a real head wobble after his Brad Crouch tip last week but held it together to look in depth at this slate with Hef as well as all the other weekend action. Check it out below!

CHECK OUT OUR CROWS VS BOMBERS CHEAT SHEET

Both the Crows and the Bombers have gone through patches of good and bad footy this season, which makes this a bit of an unknown contest in terms of who will bring their best form. In saying that, the bookies have the Crows as two-and-a-half goal favourites, simply because they’re the home side.

A position that looks to be one worth giving a lot of thought is defence. The Crows have given up the 2nd most points to opposition backman over the past five games, while the Bombers have given up the 4th least. This has remained fairly consistent throughout the season.

Reilly O’Brien has been one of the great stories of 2019. The big Crows ruckman is in really good form and is conceding the 4th least points to the opposition #1 ruck over the past five games. Meanwhile, Tom Bellchambers is out for the Bombers, meaning Zac Clarke will once again be the first-choice ruckman. ROB will be licking his lips.

Both the midfield and forward positions are fairly even in terms of points conceded this season. This gives you a bit more freedom to pick some points of difference and perhaps take a few risks.

Lets have a look at some of the best value selections on Friday night.

Dylan Clarke ($4,900 MB / $9,640 DS) – Somehow Clarke remains under $5k at Moneyball despite averaging over 67 through six games. He’s yet to score below 50, so he's constantly giving you at least 10x value. Had 12 tackles last weekend and remains a value pick at both sites.

Martin Gleeson ($5,600 MB / $7,060 DS) – Marty has been building in each of his three games since returning from injury. 13, 15, and 21 touches are what he’s amassed from games 1-3, which is a good sign for those looking for a cheap defensive option. He’s particularly great value at Draftstars.

Matt Crouch ($9,300 MB / $14,320 DS) – An absolute fantasy pig. Crouch is underpriced at both sites and has only scored under 90 on one occasion this year, and that was because of injury. Very consistent customer. 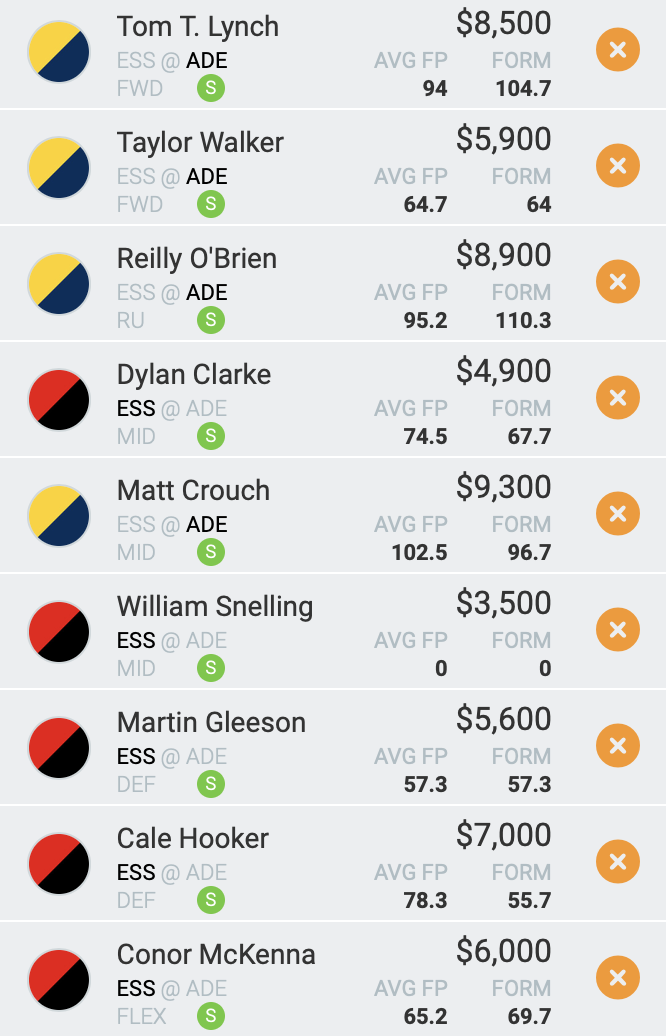