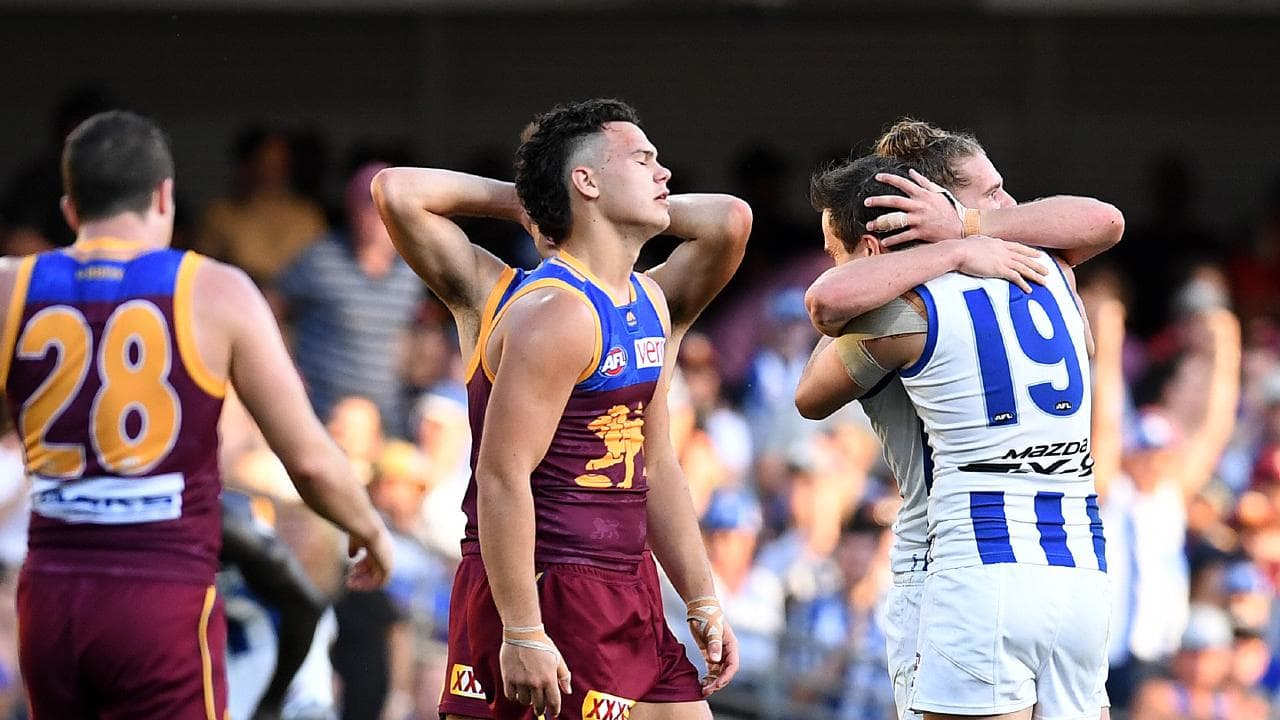 As we draw closer to the massive Draftstars $200K live final there are only a handful of tickets remaining so we thought it we would break the game down to help you win that golden ticket. This Saturday’s qualifiers are set for the match between Brisbane and North Melbourne up at the Gabba:

Brisbane have been one of the toughest teams to score against this season giving up just 1,514 points per game, which is the fourth lowest in the league. North on the other hand have been right around league average, which hasn't changed significantly since the coaching change.

The premium midfielders stand out as the avenue to attack for both teams. This in particular is the best option against the Lions who give up 110 points per game to the top 3 scoring midfielders, but just 84 per game to midfielders overall.

Stefan Martin all day in this matchup. Despite not scoring to the same level as years past with the Lions reducing his workload he has remained one of the toughest players to score against this year, giving up just 77 points a game.

Stefan Martin (DS $12,720) as mentioned above Martin has been continued to be difficult to score against this season. He has also found form over the last four rounds averaging 105 points with 3 scores over 100 points. The return of Oscar McInerney last week didn’t see a reduction in his ruck contests attended either.

Lachie Neale (DS $14,480) Neale has been prolific this season, particularly when he doesn't have a tagger in his pocket. North Melbourne have only tagged in one game this season, which opens up Neale as a play. As noted above this should be an elite matchup for Neal with North giving up the 5th most points to top scoring midfielders this year.

Cam Rayner (DS $5,900) is a rare value play who on this slate who brings up to 10x return. He has topped the 50 point mark in 3 of his last 4 games and plays slightly better at home.