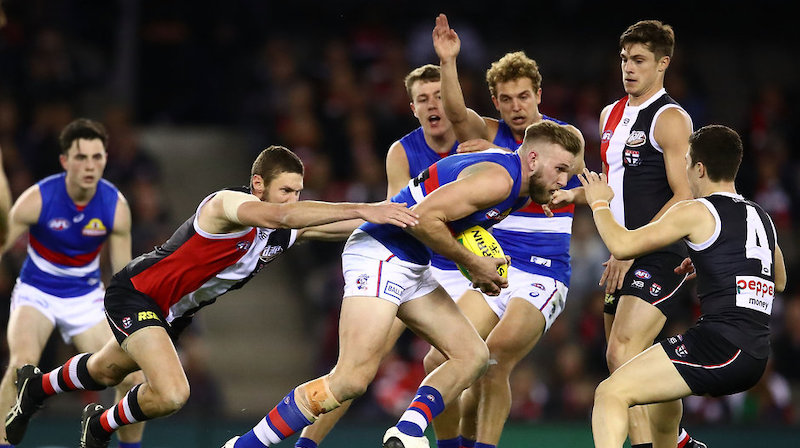 As we draw closer to the massive Draftstars $200K live final there are only a handful of tickets remaining, so we thought we would break the qualifier game down to help you win that golden ticket. This Sunday’s qualifiers are set for the match between St Kilda and Western Bulldogs up at Marvel Stadium:

The obvious play on this slate is to load up on the Bulldogs as the Saints have given up the fourth most fantasy point sin the league this season. Meanwhile, the Western Bulldogs have been one of the harder teams to score against.

The one caveat to that is the fact that the Saints fired their coach mid week, and as we have seen already this year that can have an immediate impact on the teams performance.

Defence has been the avenue to attack St Kilda this year giving up the second most points in the league to the position and 90 points per game to the top 3 scoring players. This suits rostering the Bulldogs who have scoring half backs in spades.

On the flip side, despite being a leaky team overall, midfield hasn't been the best position to attack St Kilda or the Bulldogs.

Here is the juicy one for rostering Saints. Tim English and the Western Bulldogs have given up the most points in the league to the oppositions number 1 ruckman this year at 103 points per game, and a massive 121 points per game over the last five weeks. Set and forget here, and if you are looking at the Bulldogs stacks, the classic Rowan Marshall in the ruck and 8 other Bulldogs structure looks a winner.

Doulton Langlands (DS $5,000) is a versatile midfielder who has the capability to play both inside and outside roles. With his pace it is likely that he will spend plenty of time forward in his debut for the Saints, but there is also a depth issue through the middle at the moment with Hannebery and Steven out for the Saints, so opportunity will be there.

Langlands has shown capability to score points at the VFL level averaging 67 points this season, but posting two 100+ scores from his last three games. He will be extremely high owned on this slate purely as a result of the lack of value options.

Both are featuring heavily in the Saints midfield at the moment with Dunstan attending 16 centre bounces last week and Ross 15. Ross has seen his fantasy output decline significantly this season as a result of a slight role change, however he has still flaunted 120+ point upside. I am buying all the new coach narrative here for Ross and expect him to have a big performance. Dunstan also offers GPP upside at his price point. Playing through the midfield he has posted 119 and 98 fantasy points in his last two games.

Caleb Daniel (DS $13,960) returns from his lay off with a hamstring injury to an elite matchup. He has been the ball user the Bulldogs have been going through all season and the little architect has shown 130+ point upside. Building around him and linking with other Bulldogs backs should be a strong play.

Rowan Marshall (DS $14,350) has been an absolute monster this season as the sole ruck for the Saints. He has topped the 100 point mark in each of his last 6 games, and on this slate as mentioned above he draws the top matchup in the league against Tim English. There isn't really much more to say here, set and forget!

Jack Steele has been a number tagging jobs this season, holding his last 5 matchups under 100 points. He typically takes the number one inside/clearance players for the opposition, which means it could be the fantasy form player of the competition in Josh Dunkley. 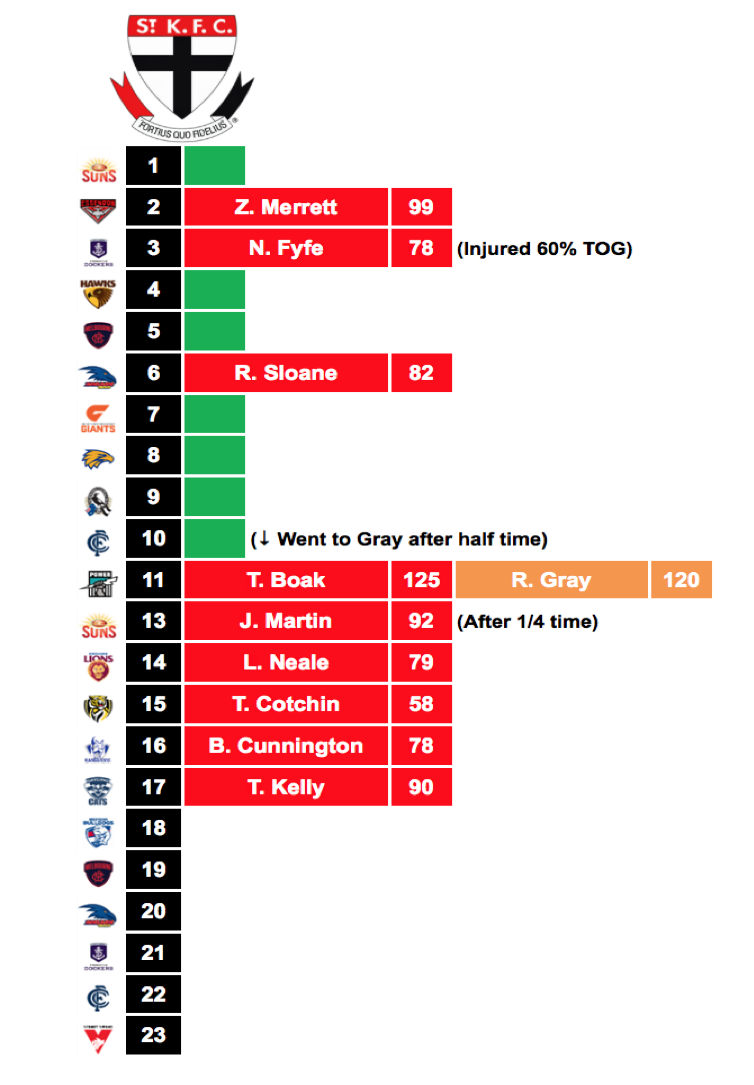 Good luck to everyone entering on Sunday!