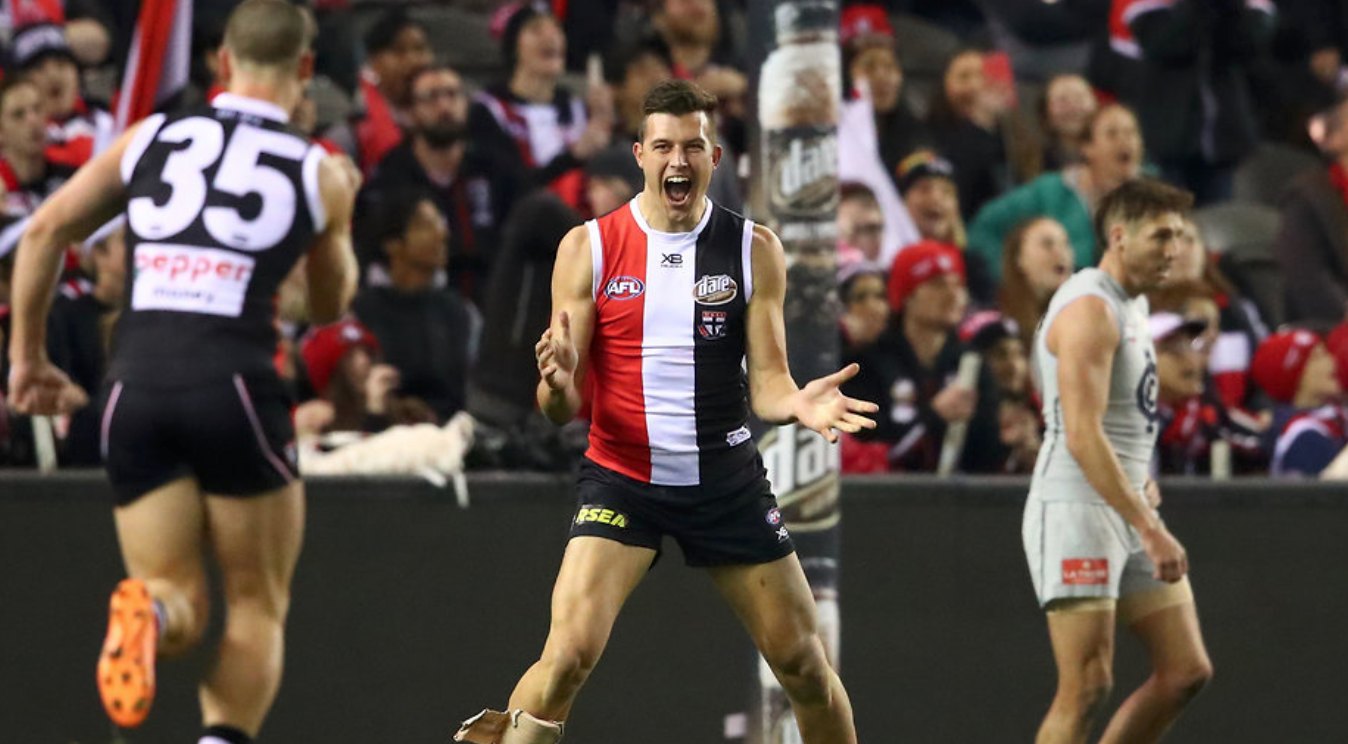 The perfectly sized three game Sunday slate is back and upon us for Round 18 of the 2019 AFL Premiership Season. The major platforms continue to roll out massive DFS contests:

St Kilda and Melbourne have conceded 4th and 5th most fantasy points respectively in the league this season, the most of any teams on this slate. It should be highlighted that Melbourne have been significantly more stingy over the past 5 weeks, while St Kilda have gone through a coach sacking this week, which historically results in an increase in performance.

Geelong are the team to avoid targeting on this slate giving up the second fewest points in the league this season.

Say it with me… Backs against the Hawks, Backs against the Hawks. We have been spruiking it all season and it continues to produce. Hawthorn have given up the most points in the league to the position and the most points to the oppositions top 3 scoring backs at 93 points per game. St Kilda are also a great team to target with defenders, although this has not been as fruitful over the past 5 weeks.

Melbourne have been allowing huge to scores to the oppositions top midfielders all season, conceding 115 points per game to the top three scorers (second most in the league). Despite being tighter overall these past 5 weeks this hasn't translated to the highest scoring midfielders where they have given up more than their season average at a massive 119 points per game.

Just lock in Rowen Marshall and move on? Tim English and the Western Bulldogs have been a ruckmans dream opponent all year giving up 103 points per game and a massive 121 points over the last five weeks.

Doulton Langlands (MB $3,500, DS $5,000) is a versatile midfielder who has the capability to play both inside and outside roles. With his pace it is likely that he will spend plenty of time forward in his debut for the Saints, but there is also a depth issue through the middle at the moment with Hannebery and Stevens out for the Saints, so opportunity will be there.

Langlands has shown capability to score points at the VFL level averaging 67 points this season, but posting two 100+ scores from his last three games. He will be extremely high owned on this slate purely as a result of the lack of value options.

Harry Taylor (MB $5,500, DS $7,880) is more of a Draftstars play at this price. On a slate where finding value is tough finding cheap backs against the Hawks stands out as an elite option. Taylor brings an upside of around 90 points and the Hawks have given up the most points in the league to key defenders this season (a trend that has continued from 2018). Pairing Taylor with other Cats defenders, premium or value, is a strong GPP play on this slate.

Both are featuring heavily in the Saints midfield at the moment with Dunstan attending 16 centre bounces last week and Ross 15. Ross has seen his fantasy output decline significantly this season as a result of a slight role change, however he has still flaunted 120+ point upside. I am buying all the new coach narrative here for Ross and expect him to have a big performance. Dunstan also offers GPP upside at his price point, particularly on Moneyball. Playing through the midfield he has posted 119 and 98 fantasy points in his last two games.

Choosing between these two I would let pricing guide me, Dunstan on Moneyball and Ross on Draftstars.

Rowan Marshall (MB $9,100, DS $14,350) has been an absolute monster this season as the sole ruck for the Saints. He has topped the 100 point mark in each of his last 6 games, and on this slate as mentioned above he draws the top matchup in the league against Tim English. There isn't really much more to say here, set and forget!

Elliot Yeo (MB $9,700, DS $15,300) should thrive against the contested midfield of the Demons. He has been posting scores of either 120+ (5 times from his last 9 games) or in the 80 point range this season suiting him more to GPP than cash. On this slate he has one of the top matchups in the league with the Demons giving up 115 points per game to the opponents top 3 scoring midfielders. 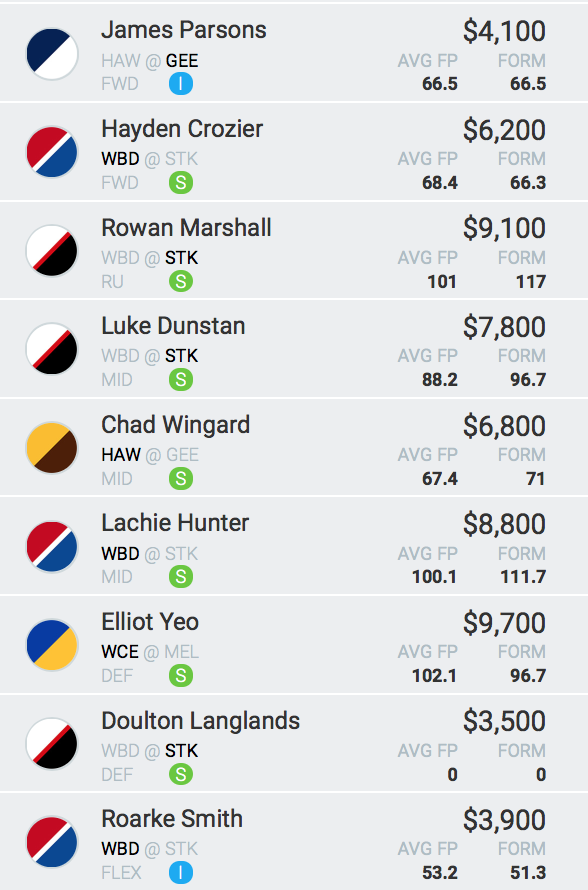