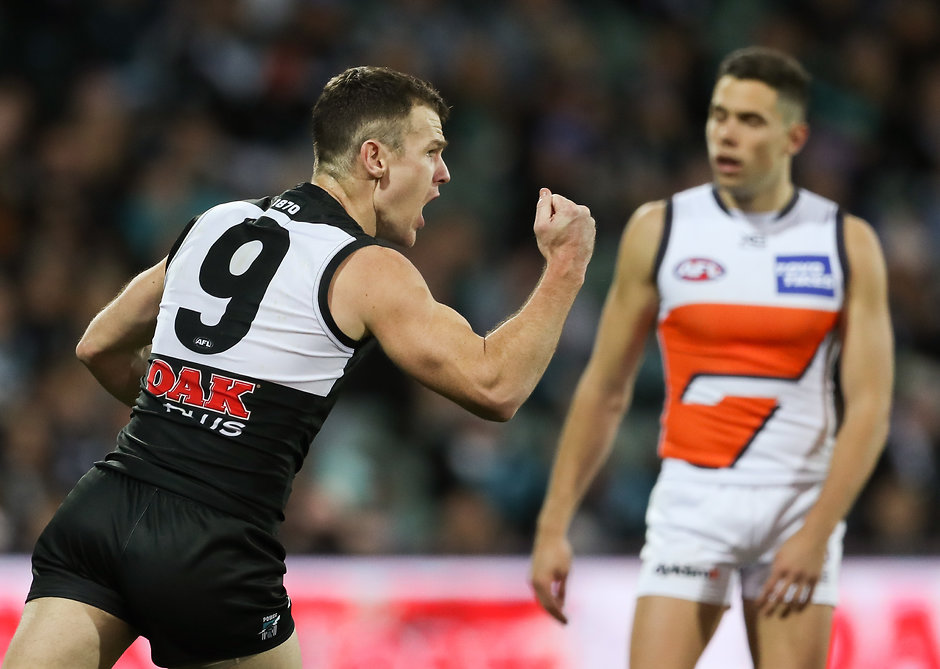 As we draw closer to the massive Draftstars $200K live final there are only a handful of tickets remaining so we thought it we would break the qualifier game down to help you win that golden ticket. This Saturday’s qualifier contests are set for the match between Port Adelaide and GWS at the Adelaide Oval:

This matchup puts two of the stingiest teams in the league against each other with GWS concede the fewest points of any team in the AFL in 2019, while the Power give up the fourth fewest.

The top GWS backs could be an a solid position in this single game slate with Port Adelaide giving up 82 points per game to the top 3 scoring defenders, which is around league average. GWS on the other hand give up the fewest points in the league to the position.

Both GWS and Port Adelaide restrict opposition midfielders, giving up the fewest and 3rd fewest points in the league this season.

Rucks are the one position to target GWS as they have given the second most points in the league to opposition number 1 ruckman this season. This has only worsened since they started playing two ruckman, giving up 113 points per game over the last 5 weeks.

Joel Garner (DS $5,720) is going to be required to help fit in other plays on this slate. Garner has shown enough upside this season with 60 points from his first game of the season. Playing across half back always opens up opportunity for easy cheap ball.

Scott Lycett (DS $13,010) was dominating all comers when Ryder first went out of the lineup topping the 100 point mark in the first three games. He slowed down the last two weeks, which has resulted in Ryder being recalled and preventing this from being a total set and forget play. Still.. Lycett has one of the top matchups in the league for his position as we discussed above. Also I just can't come have the GWS ruckman splitting duties at their prices.

Toby Greene (DS $14,030) has been on fire since moving through the midfield. Over the last two weeks with the Giants playing without Kelly and Coniglio, Toby has averaged 14.5 centre bounce attendances and a ridiculous 129.5 fantasy points. There wasn’t an influx of midfielders to the team this week, with Hately the only player likely to impact the midfield rotations.