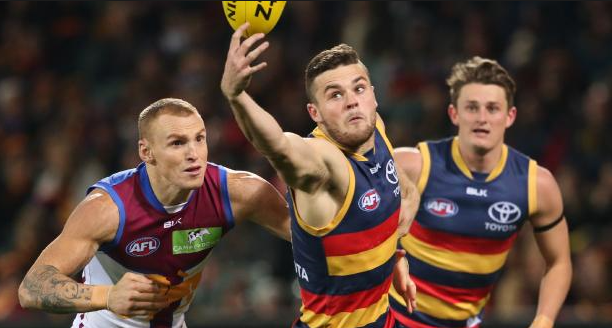 Get on board for another Super Saturday with round 19 bringing a massive 5 games of action. DFS contests continue to be on offer across the major platforms:

Carlton and Melbourne stand out as two of the better targets on this slate going by the season numbers as they have conceded the 3rd and 6th most points in the league this year. They are worth highlighting, however, as they have been much more stingy over the past five weeks, so there is some risk of fools gold.

Three of the top targets in the league for backs are on this Saturday’s slate, so it will be choices a plenty. Hawthorn have given up the most points in the league this season, a trend that has continued from 2018. They have also given up the most points to premium players with the top three scoring defenders of their opponents averaging 92 points per game. St Kilda are not far behind giving up 90 points a game.

Despite what I said about Carlton above, they have still been a great target for the top end midfielders. They have given up 115 points per game this year to the top 3 scorers through the middle and 117 per game over the last 5 weeks. Adelaide, Melbourne and North Melbourne are also solid avenues to attack on this slate.

GWS have become the undercover target for ruckman in 2019, however the Power selectors have ruined that fun bringing Paddy Ryder back into the side to rule out Lycett as a play. The other avenue to target will be Carlton, who should return to their early season form where they were breaking world records for points given up to number 1 rucks before Matthew Kreuzer returned.

Looks clear across Australia this Saturday, which is a nice change from recent weeks. There is significant rain forecast for Friday in Melbourne, so just keep an eye on how that clears on the Saturday but at this point in time it looks like perfect days for footy everywhere.

Beware of Jack Steele who has become one of the most destructive defensive players in the AFL at the moment, while still being able to find plenty of his own football. He has been crushing opposition inside midfielders as you can see from our taggers analysis tool below, holding his last 6 opponents to under 100 points. On this slate Clayton Oliver will be the likely candidate to have Steele’s attention, particularly at every stoppage. 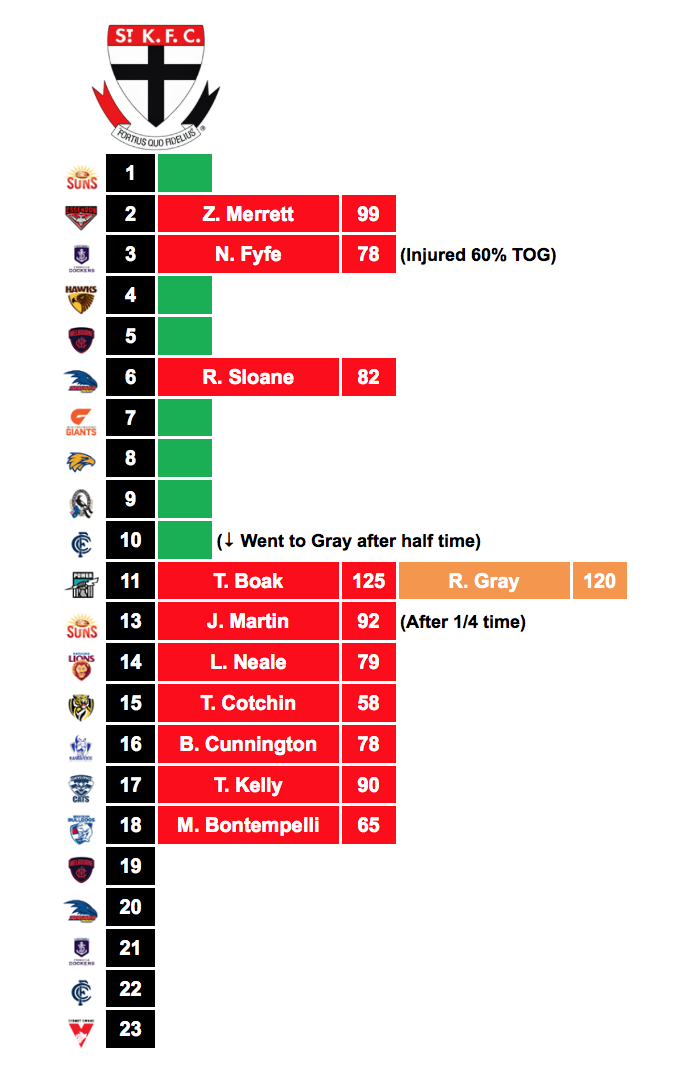 Patrick Wilson (MB $4,500, DS $5,000) looks to be the lock value play of the round as he makes his season debut for the Crows this week. He is a mature aged player, which is always a plus, who has been playing in the midfield at SANFL level where he has averaged a massive 115 points per game this season. He played a single AFL game last year where he rotated between the forward and midfield and returned 51 points, which is more than enough value at this price point. As the replacement for Hugh Greenwood I would expect him to get opportunities through the midfield, including centre bounce attendances. LOCK AND LOAD.

Grant Birchall (MB $6,200, DS $8,180) is back for his second game of the season, and the second game since the 2017 season. We tipped him on debut and he paid off with 80 points. As we mentioned back then Birchall averaged in the 80 point range for the majority of his career and 69, 84, 95 and 77 from his four full games he played in 2017. Based on that history and the fact the game is down at UTAS where Hawthorn are favourites makes Birchall a solid value play at this price point in Draftstars.

Josh Deluca (MB $4,000, DS $5,800) was the late-in last week for the Blues that I jumped on heavily and he failed miserably with 35 points at the minimum price. He is worth highlighting, however, as I didn't get the chance to touch on him in last weeks price. Deluca was an absolute fantasy pig in the WAFL as those hardcore WAFL keeper league owners will tell you, he averaged 106 fantasy points this season from 6 matches and 1 State game before being picked up by Carlton in the mid season draft. Unfortunately he did play a pure forward role on debut for the Blues and did not attend a single centre bounce, which made scoring difficult for him. He should be low owned this week and is worth backing up on at his price.

Doultan Langlands (MB $3,500, DS $6,160) was the opposite of Deluca on the Sunday. He returned 59 fantasy points and was in the majority of winning lineups on that slate. Langlands was playing an outside role for the Saints and had almost returned value by half time as the rejuvenated St Kilda ran riot after their coach was fired mid week. They have another positive matchup this round and remain in the friendly confines of Marvel Stadium.

Ok… this is the sneaky lets find a 1% owned play with GPP winning upside part of the preview. As mentioned above Hawthorn are very vulnerable to defenders, and in particular they have continued to give up the most points in the league to key defenders this season and in 2018. Brisbane offer several options who are all well priced and all bring 80-100 point upside at their absolute ceiling. Pairing two of these three players up, or with another of the Lions backs, such as Witherden or Rich, will be a unique play that could just pay off big time.

Toby Greene (MB $7,900, DS $14,030) is still far too cheap on Moneyball now that he his going through the midfield. Over the last two weeks with the Giants playing without Kelly and Coniglio, Toby has averaged 14.5 centre bounce attendances and a ridiculous 129.5 fantasy points. There wasn’t an influx of midfielders to the team this week, with Hately the only player likely to impact the midfield.

Chad Wingard (MB $6,600, DS $9,590)... I went here last week and I am going back to the well this round. Back down at UTAS Stadium should be beneficial to all the Hawks, however the main reason is simply the fact that Wingard’s midfield time continues to increase with the third most centre bounce attendances for the Hawks last week against Geelong (14). In the past Wingard has show 120+ point upside while playing as a midfielder, so you know he is going to break out in one of these games soon. You should get him at low ownership as well after he managed just 68 fantasy points last round at practically his highest ownership of the season on Draftstars at 12%.

Brad Crouch (MB $10,200, DS $15,860) is the obvious premium play on this slate. He has been in top form all season averaging 111 points per game and has had just 1 score under 100 from his last 9 games. As noted above he has an elite matchup on this slate against Carlton who have given up 115 points per game to the oppositions top 3 scoring midfielders this year.

Andrew Gaff (MB $9,900, DS $15,670) might go under the radar somewhat on this slate and I have to say I am very bullish on him. At home he has averaged 115 points per game over his last 19 games, which is 4 points above his season average. He also draws a sneaky elite matchup against North Melbourne who have given up 111 points per game to the oppositions top 3 scoring midfielders. There might also be a little bit extra narrative juice for this one given Gaff nearly signed with North this past summer. 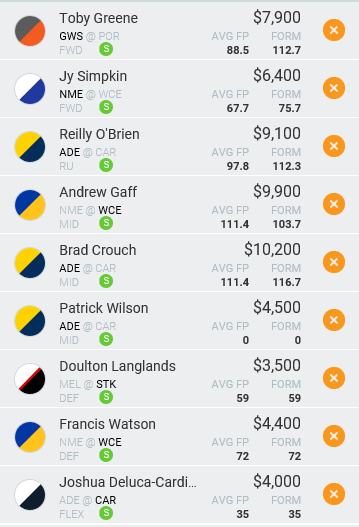