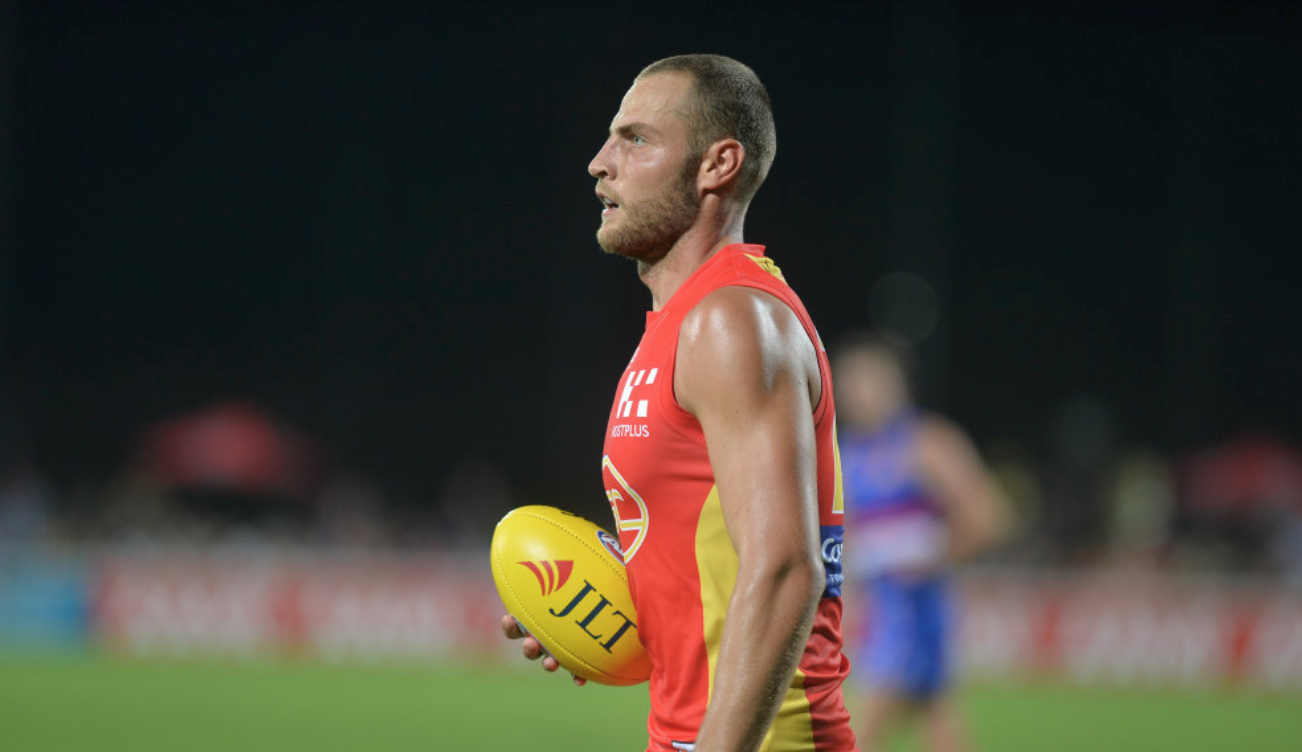 Sunday is back upon us for round 19 bringing a the usual 3 games of action. DFS contests continue to be on offer across the major platforms:

One of the few positions to not target Gold Coast with is via the back line. They give up just 81 points per game to the top three scoring defenders of their opponents, which is the 7th lowest mark in the league. On this slate Fremantle stand out as the team to target, conceding 88 points per game.

Load up on those Essendon midfielders this week. Now… of course this didn't work so well last week with Carlton, so nothing is ever full proof. Essendon are the head of getting ahead of themselves for these type of matchups as well, so there are reasons to fade this. But as we mentioned each week the Suns are giving up a ridiculous 120 points per game to the top 3 scoring midfielders from their opponent.

The ruck playing the Western Bulldogs is typically the set and forget play, however on this slate we are dealing with the three headed monster of Darcy, Lobb and Sanidlands who are cannibalizing each others ruck time. Last week they split the ruck contests three ways with Darcy getting the most opportunities with just 38. Geelong are the next best target, however they have brought in Zac Smith, which could render a lot of this analysis useless. Targeting Essendon with old faithful Jarrod Witts might be the safest option as the Bombers have given up 92 points per game this season to the position.

James Rowbotton (MB $5,000, DS $8,890)... we are going on four straight weeks I have recommended Rowbottom and his price still remains in the same range (especially on Draftstars). He continues to get rotations in the midfield and has averaged 81 points per game since returning to the senior side four rounds ago.

Sean Lemmens (MB $4,200, DS $7,070) is another we touched on last week due to the amount of centre bounce attendances he is receiving at the moment. He attended a massive 25 last week, the most of any player for the Suns apart from Jarrod Witts. He was able to return 71 fantasy points, which was GPP winning value at his price point. This week Anthony Miles returns, so I expect the midfield time to take a hit, however it will be somewhat offset by Will Brodie going out with injury. Lemmens should have a solid floor with this role, and offers a nice upside with the opportunity he is being given.

Rhylee West (MB $3,500, DS $5,000) was famously described by a coach in our keeper league as a “prolific” ball winner shortly after drafting him this season. It was quickly questioned whether said coach knew much more than who his father was given his under age numbers. West has had a solid VFL campaign, however, averaging 75 fantasy points. The big question will be where he plays? Trying to anticipate Beveridge’s coaching moves is like trying to catch lightning in a bottle, and there were no midfielders making way for West, so he is likely to spend a significant portion of time up forward. But at the minimum price he will still be hard to ignore.

Lachie Hunter (MB $9,000, DS $12,140) brings monster upside for his price point on Draftstars, notching up a 120+ and 150+ in two of his last three matchups. Hunter always plays better at home, where he has averaged +9.4 points per game over his last 5 matches at Marvel Stadium.

Hayden Crozier (MB $6,300, DS $10,390) appears to have found his feet in the half back role that he finishes 2018 so strongly in. He has flashed a GPP winning upside this season with a top score of 116 points, while also showing consistency in his role these past two rounds with 83 and 90 fantasy points. On this slate he draws Fremantle who as noted above have given up the 4th most points in the league to opponents top three scoring defenders this season.

Jarrod Witts (MB $9,200, DS $13,840) is the safe play on this slate who also brings the upside. Essendon have been paint by numbers in the ruck, particularly after Bellchambers went down. As a result they have given up over 90 points per game this season to the opposition. Witts should absolutely dominated both Zac Clarke and Shaun Mckernan and is close to a lock and load play for me.

Dylan Shiel (MB $8,900, DS $13,600) stands out to me at this cheaper price point with the best matchup in the league for his position. As we pointed out above the Suns give up 120 points per game to the oppositions top 3 scoring midfielders this year, which Shiel factors to be in. Shiel has shown massive upside in 2019 playing for the Bombers, scoring 120+ on 3 different occasions. Zach Merrett also stands out as an elite play on this slate for the same matchup reasons and is likely to be extremely popular. 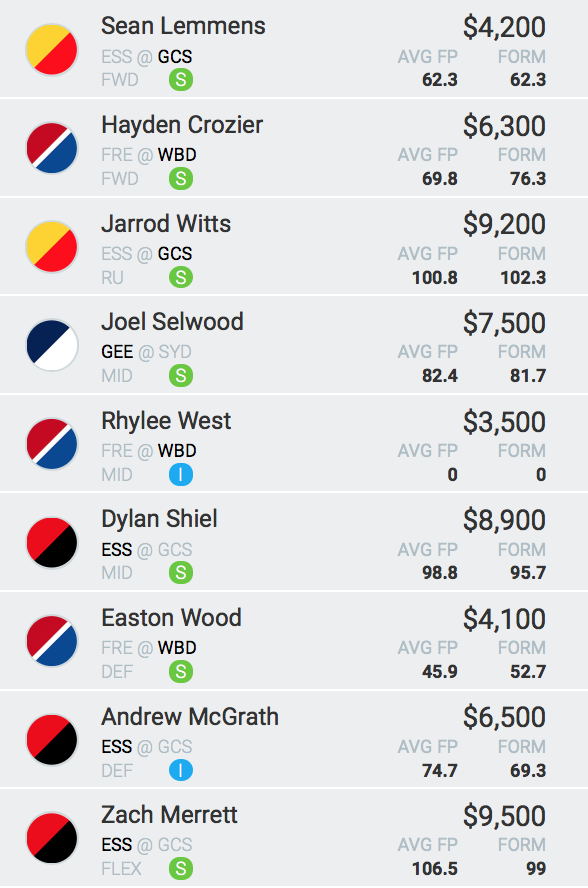