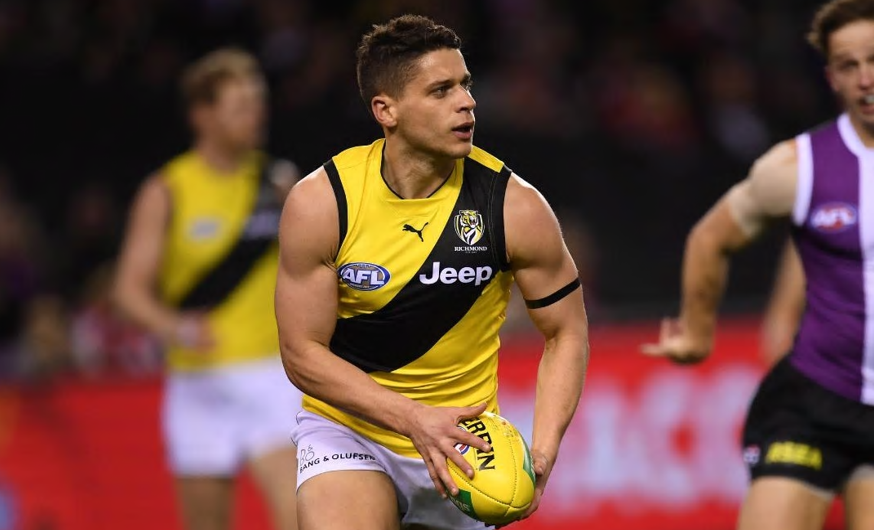 As we draw closer to the massive Draftstars $200K live final there are only a handful of tickets remaining so we thought it we are breaking down the remaining qualifier games to help you win that golden ticket. This Saturday’s qualifier contests are set for the match between Melbourne and Richmond at the MCG:

*CHECK OUT OUR TIGERS vs DEMONS CHEAT SHEET*

Both Melbourne and Richmond have given up high fantasy scores to their opponents across the 2019 season. This has turned recently as Richmond charge towards finals giving up just 1,554 points per game over the last 5 round sand Melbourne conceding even less at 1,540 during the same time period.

Loading up on Tigers midfielders is the obvious play on this slate, with Melbourne getting absolutely decimated through the middle this year. They have given up the 3rd most points in the league overall to the position, but it has been the premium players that have really hurt them. They have conceded 115 points per game to the opponents top three scoring mids, and this has ballooned to 124 points per game over the past five rounds.

Targeting Max Gawn has been next to impossible this year as he has conceded just 67 points per game to his opponents, the lowest mark in the league by far. There have been whispers about him not playing this week, however he has been named, albeit so has Braydon Preuss. Keep an eye on final teams, however if Gawn is in he becomes a lock.

Kyle Dunkley (DS $5,750) is the simple value play on this slate and will be very popular because he makes it easy to build your teams. I wanted to highlight him more so for the reason that it might be a slate to go the other route and build a more balanced attack. With options such as Short, Lynch and Bolton all reasonably priced and Dustin Martin a possibility of being restricted by a tag, you might not need to spend up heavily. The alternate route for me will be building teams without Dunkley who has yet to manage 50 fantasy points this year.

Shai Bolton (DS $10,000)... give me ALL the Shai Bolton on this slate. He continues to go through the midfield with 9 centre bounce attendances in round 19. But the beauty is after two so so performances in the 70 point range his ownership at this price point is likely to decline. We can be looking at a player with 115 point upside in his current role in one of the top matchups in the league against Melbourne. This is a dream DFS spot to me… in the words of the great Teddy KGB “I bet it all!”.

Dion Prestia (DS $14,640) has returned to his Gold Coast pig days this season as the Tigers have possessed the ball at a much higher rate than past years. Pretia has been totally unhinged the past 7 rounds with just one score under 100 points and five scores of 110 or higher. I mentioned above how good a matchup the top scoring Tigers midfielders, and while Martin is likely to draw any defensive attention from the Demons, Prestia should be free to go on his merry way collecting fantasy points.