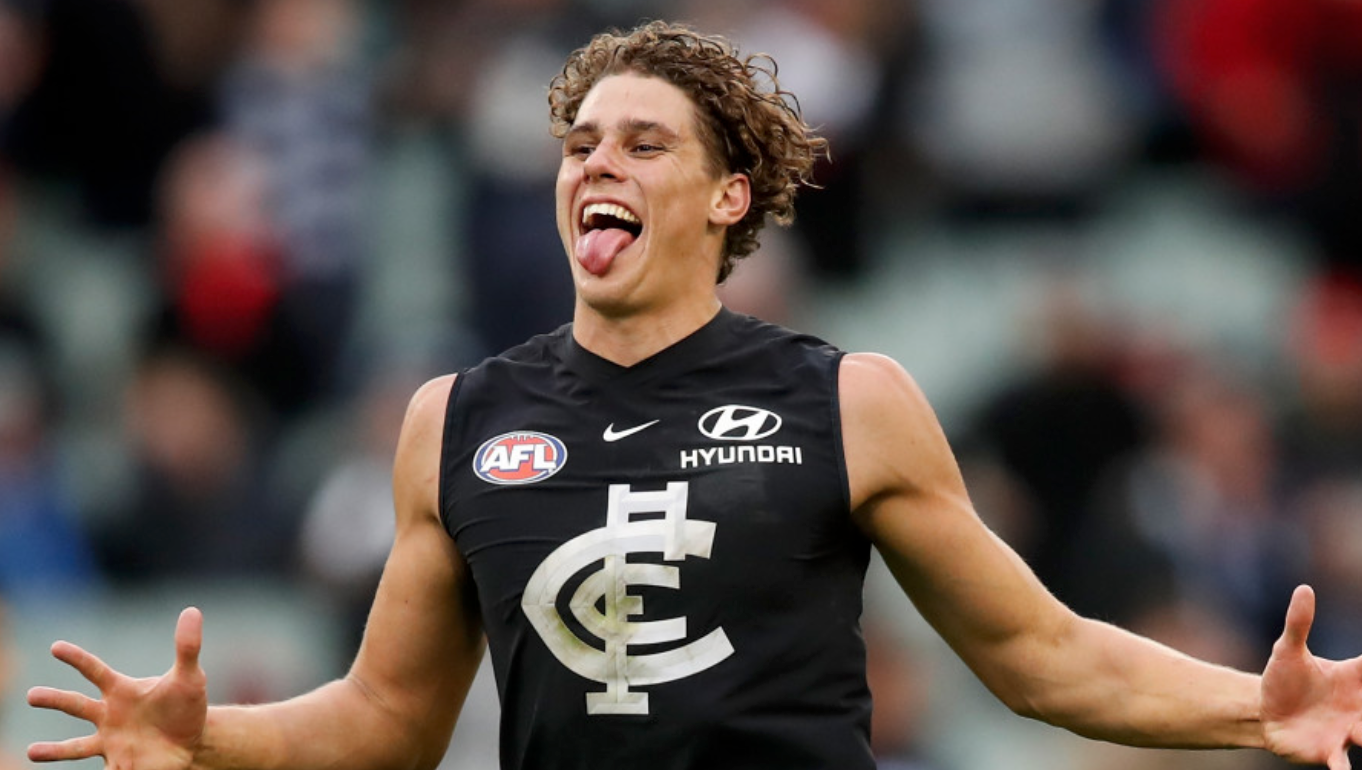 Sunday is back upon us for round 20 bringing the usual 3 games of action. DFS contests continue to be on offer across the major platforms:

The top matchup in the AFL is on this slate as the Magpies host the Gold Coast Suns who have given up the most points in the league this season. They will be the most popular rostered team and for good reason. Carlton are also on this slate and have given up the third most points this year, however since the coaching change they have been incredibly stingy, conceding just 1,549 fantasy points per game over the past 5 weeks.

The one position to no target against the Suns is backs They have given up just 80 points per game to the top 3 opposition scorers at the position this season, which is the equal 5th lowest mark in the league.

On the flip side, the middle is where Gold Coast stand out. They have given up 118 points per game this year to the oppositions top 3 scoring midfielders, which is the most in the league. Carlton are third in that stat, conceding 114 points per game. Interestingly, the Western Bulldogs have given up the second lowest mark in the league at 100 points per game, and just 93 over the past 5 rounds (the lowest of any team). This is worth considering if you are thinking of playing Neale or Zorko on this slate.

The number 1 target in the league for ruckman is on this slate, and typically it is just a set and forget for whoever is facing Tim English. This week throws a spanner into the works, however, with Stefan Martin and Oscar McInnerny splitting duties for the Lions. The Blues are also a great target with Kreuzer not playing, but you have stomach rostering Tom Hickey.

Josh Deluca (MB $4,000, DS $5,110) remains a shade above minimum price on Draftstars and close enough to the minimum on Moneyball. He bounced back after a disappointing debut game with a 58 point return last week against the Crows. This matchup will be more difficult as the Eagles have given up the fewest fantasy points in the league over the past five weeks. However, he is one of the few legitimate options on this slate at around minimum price, and as we have noted previously, he was an absolute fantasy pig in the WAFL before being picked up, averaging 106 fantasy points this year.

Rupert Wills (MB $6,200, DS $7,710)... let me be clear, this is Draftstars only!! And on that platform he is my lock and load value play of the day on this slate. Firstly he has a demonstrated history of being able to score when in the right role. During 2016 he played 5 games and averaged 84.4 fantasy points while playing through the midfield. He has also posted a 73 point game this season against St Kilda. The big thing to notice is that Collingwood were really patching up the midfield last week with Jack Crisp, Jordan De’Goey and Josh Thomas all going through there. Taylor Adams returns this week, but is replacing the injured De’Goey, as a result I can see Wills taking some of the centre square work that Thomas was getting.

Josh Kennedy (MB $4,800, DS $8,990) doesn’t have the same matchup as last week with the Eagles travelling to Melbourne. That said it is rare that you can get a player in this price range on both sites who has the capability to put up 100 fantasy points through 3 quarters like he did last week. For those who love a narrative too, Kennedy was originally drafted by the Blues before being traded for Chris Judd.

Oscar McInerney (MB $5,000, DS $7,810) is a bit of a flier, and once again priced better on Draftstars. He has been attending around 35-40 ruck contests per game over the past 3 weeks since returning to the lineup. His average of 64 fantasy points per game through that time doesn't knock your socks off, however he has flashed 90 point upside this year and he also draws the top matchup in the league against Tim English, as we noted above. Furthermore the Bulldogs have struggled against key forwards for years now, and when McInerney isn't in the ruck he goes up forward making this an elite matchup for him.

Tom Phillips (MB $8,000, DS $12,200) stands out at his price point as a solid play in a game that the Magpies are expected to win by over 6 goals. He brings 140+ point upside and if the Magpies dominate the uncontested possessions this could be a game where that ceiling is in play. As noted above the Suns give up the most points in the league midfielders.

Touk Miller (MB $7,900, DS $13,840) has seen a return to his role in the midfield this last two weeks, attending an average of 13.5 centre bounces. His fantasy output followed suit with scores of 143 and 119 in respective weeks. That is GPP winning upside and his price is yet to really make a responding move.

Ed Curnow (MB $8,500, DS $13,670)... the Blues are essentially playing just four midfielders at centre bounces, Cripps, Murphy, Walsh and Curnow. This means they are all getting huge exposure through the middle and brings each of them into play. Since returning to a midfield role Curnow has been the most consistent and best value play posting 5 scores over 100 points in the last 7 games (including 4 scores of 111 or better). He brings great cash game safety on this slate.

For obvious reasons around the matchup each of these players are in elite spots on this slate and will be quite popular. Stacks of any combination will work, one little tidbit to point out is that Adams absolutely loves playing at the MCG. He has averaged 106 fantasy points per game on the ground over his last 40 games there, including a ridiculous 4 games of 116 points or better from his last 5. 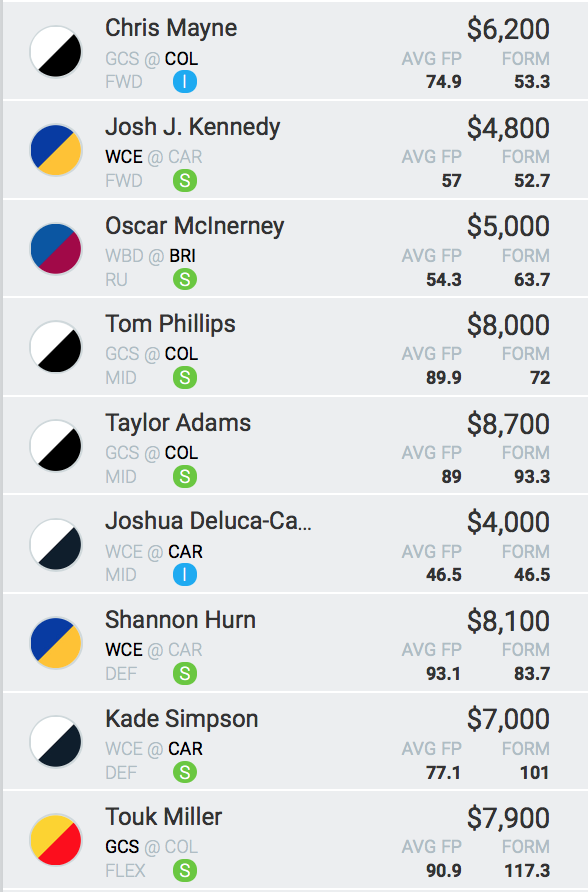