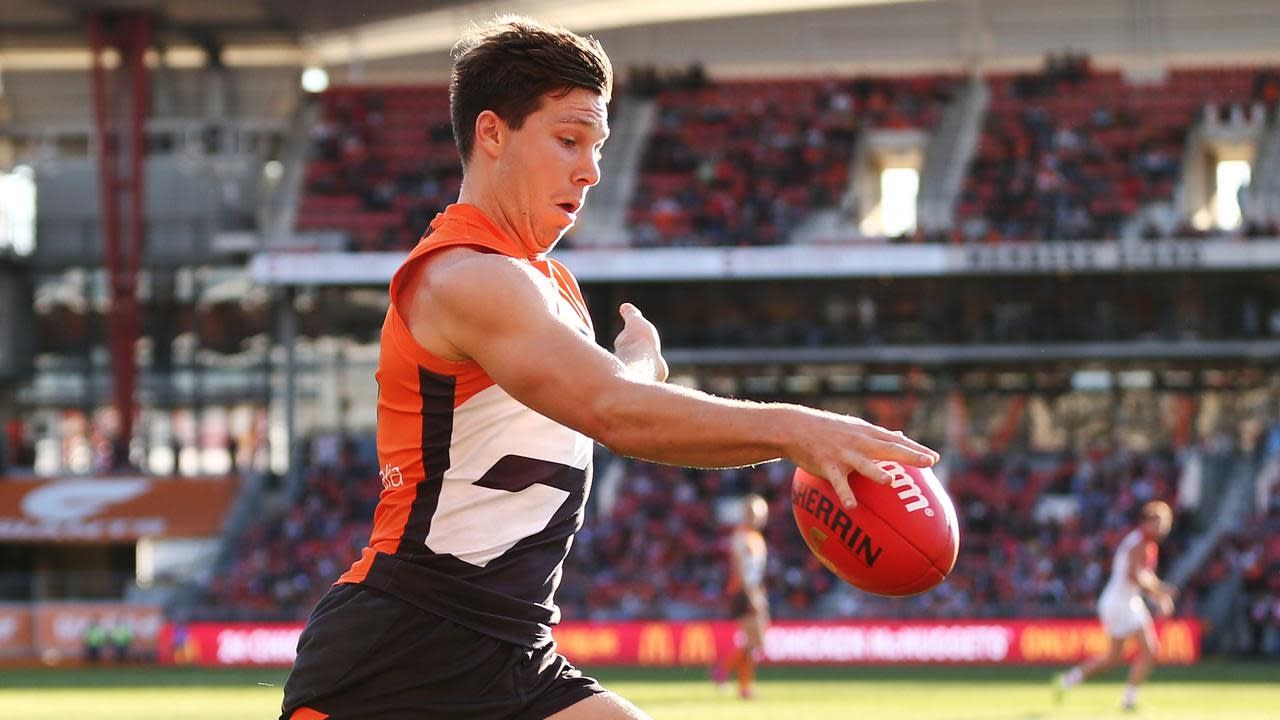 Round 21 of the 2019 AFL Premiership Season kicks off on Friday night with the Giants hosting the Hawks UNSW Canberra Oval. First bounce is scheduled for 7:50pm AEST.

It's Draftstars $200k Live Final Week and Smatho and Hef were up and about in Episode 26 of the DFS Down Under show! They took a close look at single game slates and single entry tournament strategies ahead of the huge contest on Sunday, but also ran through all the angles and plays for this big Friday night contest! Check out the show below!

*CHECK OUT OUR GIANTS VS HAWKS CHEAT SHEET*

The stingiest team in the competition over the course of the season, GWS Giants, haven’t been all that stingy over their last five games. In fact, they’ve given up the third most points during that period. Meanwhile, Hawthorn remain a mid-tier team with the amount of fantasy points they give up each week.

The Giants are a fairly tough team to score against all over the ground, but multiple players from opposition teams have been able to expose them in recent weeks. You can see below that the Giants have been giving up a lot more 100+ scores recently compared to the season as a whole.

Backs vs Hawthorn seems to no longer be a thing. While they still rank as the leakiest in this area over the whole season, they’ve shown in their past five games that they’ve tightened the screws. On the other hand, GWS are trending in the opposite direction, which makes this a fairly even position.

One area that the Giants have been leaky in all season long, including the past five games, is the rucks. They’ve given up the most points to the opposition number one ruck over the past five games with an average of 107. Hawthorn rank as the fourth stingiest in this position.

Ian Hill ($3,700 MB / $6,940 DS) – Cousin of Freo’s Brad and Stephen, Ian ‘Bobby’ Hill has provided plenty of his own magic through four games for the Giants. He hasn’t set the DFS world on fire with his average of 50, but that’s a decent return for a player that’s still near basement price.

Mitchell Lewis ($5,500 MB / $9,080 DS) – Lewis has produced the goods for over a month now and is starting to build some great consistency. He’s posted 4x 80+ scores in his last five and comes in off of a 92 last time out. May find it tougher against a stingy Giants defence but is certainly worth some thought on current form.

Jonathon Ceglar ($6,600 MB / $10,280 DS) –  There's no Big Boy McEvoy on Friday night due to injury, so Jonathon Ceglar steps in as first choice ruck for the Hawks. He'll be taking on the twin towers that are Mumford & Dawson, and should come out on top.

Chad Wingard ($6,600 MB / $9,370 DS) – Has found some serious form now that he’s back to full fitness. Starting to play a lot more through the midfield and gathered a season-high 29 touches last weekend. Wingard’s a fantastic price at Draftstars.

Zac Williams ($8,800 MB / $14,250 DS) – Backs against the Hawks may no longer be a thing, but that shouldn’t shy you away from playing the premium-priced Zac Williams. He’s had a fantastic season and is currently in career best form. Has amassed 20+ kicks in five of his last seven matches and has a three-round average of 118.7. 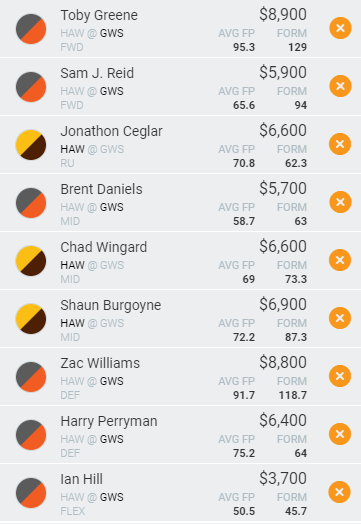