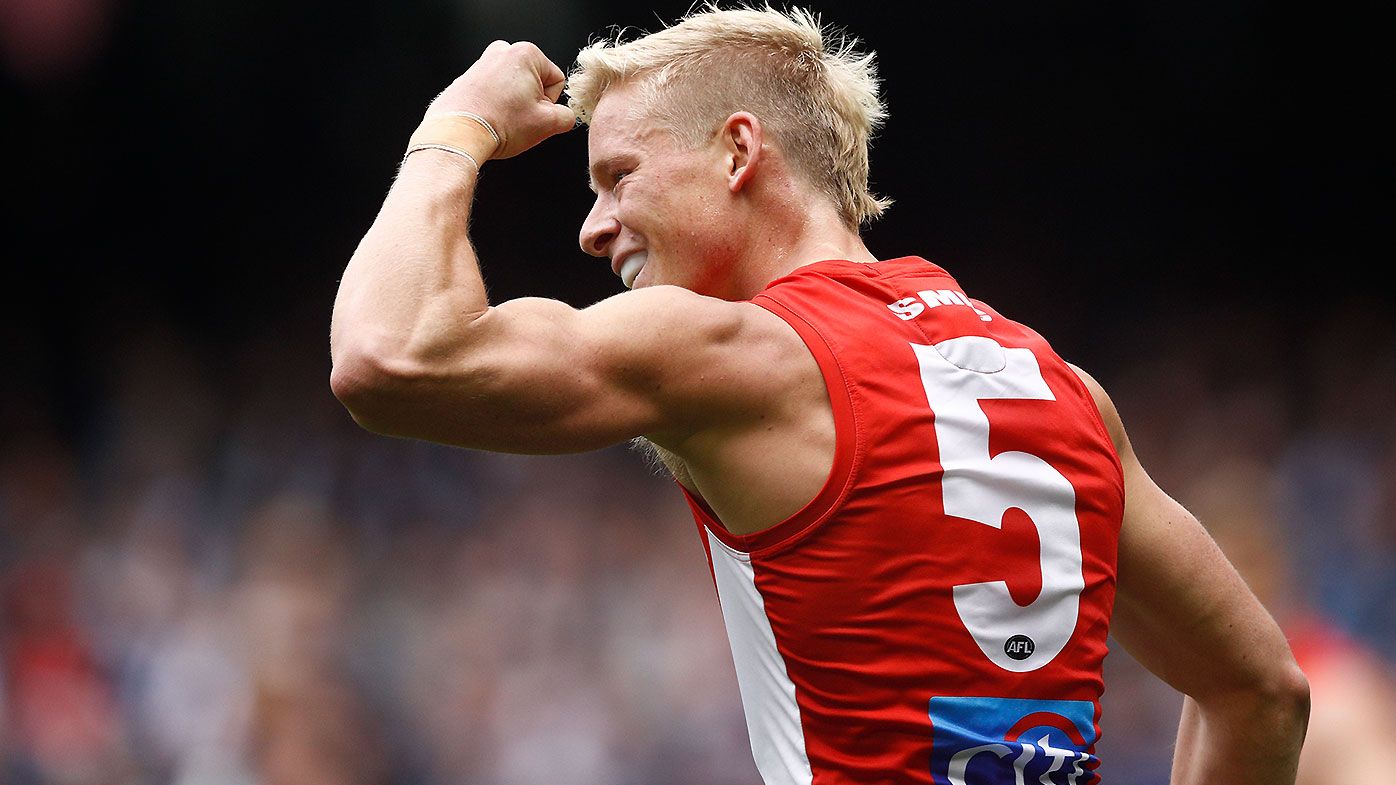 There are just two rounds left in the 2019 AFL Premiership season, meaning finals are nearly upon us! Round 22 kicks off on Friday night with the Demons hosting the Swans at the MCG. Catch the action from the usual time slot of 7:50pm (AEST).

Episode 28 of the DFS Down Under show dropped on Wednesday night and Smatho had all the goss from the Draftstars $200k Live Final! As always he also took a close look at the Friday slate with Hef so check out a replay of the show below!

*CHECK OUT OUR DEMONS VS SWANS CHEAT SHEET*

Interesting contest we’ve got on our hands here. The Demons have been one of the leakiest teams all season long and haven’t done anything to rectify that over the last five games. Meanwhile, the Swans have been a mid-tier team this season in terms of points conceded but have really let up in the last five where they’ve conceded the second most in the competition. Game script will have a lot to do with how/if you include team stacks in this slate.

The centre position is one worth giving a bit of extra thought to in this slate. If the last five games are a true indication of what to expect on Friday night, then including at least two or three Swans midfielders seems to be the play, particularly their higher scoring ones. The Demons have given up the most points to the oppositions top three scoring midfielders in recent weeks, so identifying which Swans are likely to get off the chain could go a long way to a big collect here.

Always an important position to look at when the Demons feature in the slate is the ruck. Obviously, Max Gawn spearheads the Dees rucks and is the sole reason why they’ve given up the least points to opposition rucks over the season. On the other hand, the Swans are a mid-tier team in terms of points conceded to rucks.

Kyle Dunkley ($3,900 MB / $7,660 DS) – Dunkley didn’t exactly burst onto the scene with scores of 46 and 36 in his first two games, but he showed much better scoring ability in games three and four with scores of 72 and 69 respectively. At near basement price, Dunkley is a lock and load play if selected.

Angus Brayshaw ($7,200 MB / $11,710 DS) – He’s hated by a lot of fantasy players after such a disappointing year, but Brayshaw does represent value this Friday night. He’s coming off of a 106 last weekend and has shown the ability to go huge when the Demons are on top.

Max Gawn ($10,000 MB / 17,820 DS) – The obvious ruck choice in this slate. Gawn’s the hardest ruckman in the league to score against and will dominate whoever he comes up against on Friday night. Yes, he’ll take up a big portion of your salary, but he’s likely to be more than worth the cost.

Clayton Oliver ($9,700 MB / $15,260 DS) – Oliver’s having another fine season and is primed to go big against the Swans on Friday night. He’s coming off of a 130 against the Magpies last weekend and generally scores well against the Swans (108 & 127 last two). You’ll have to pay a premium price at Moneyball, but he’s well priced at Draftstars. 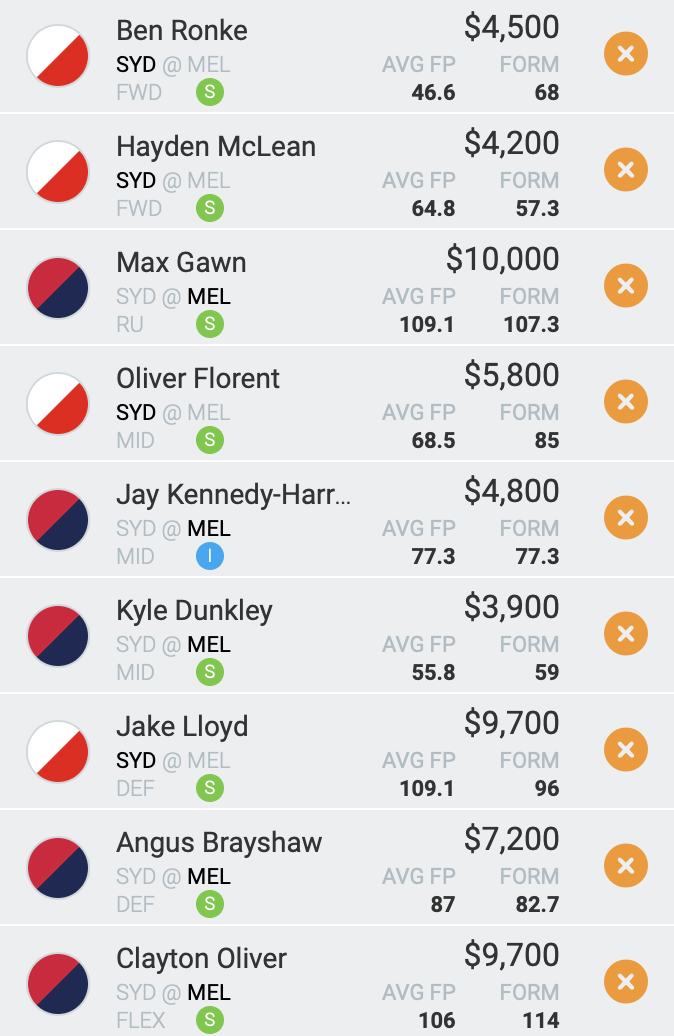