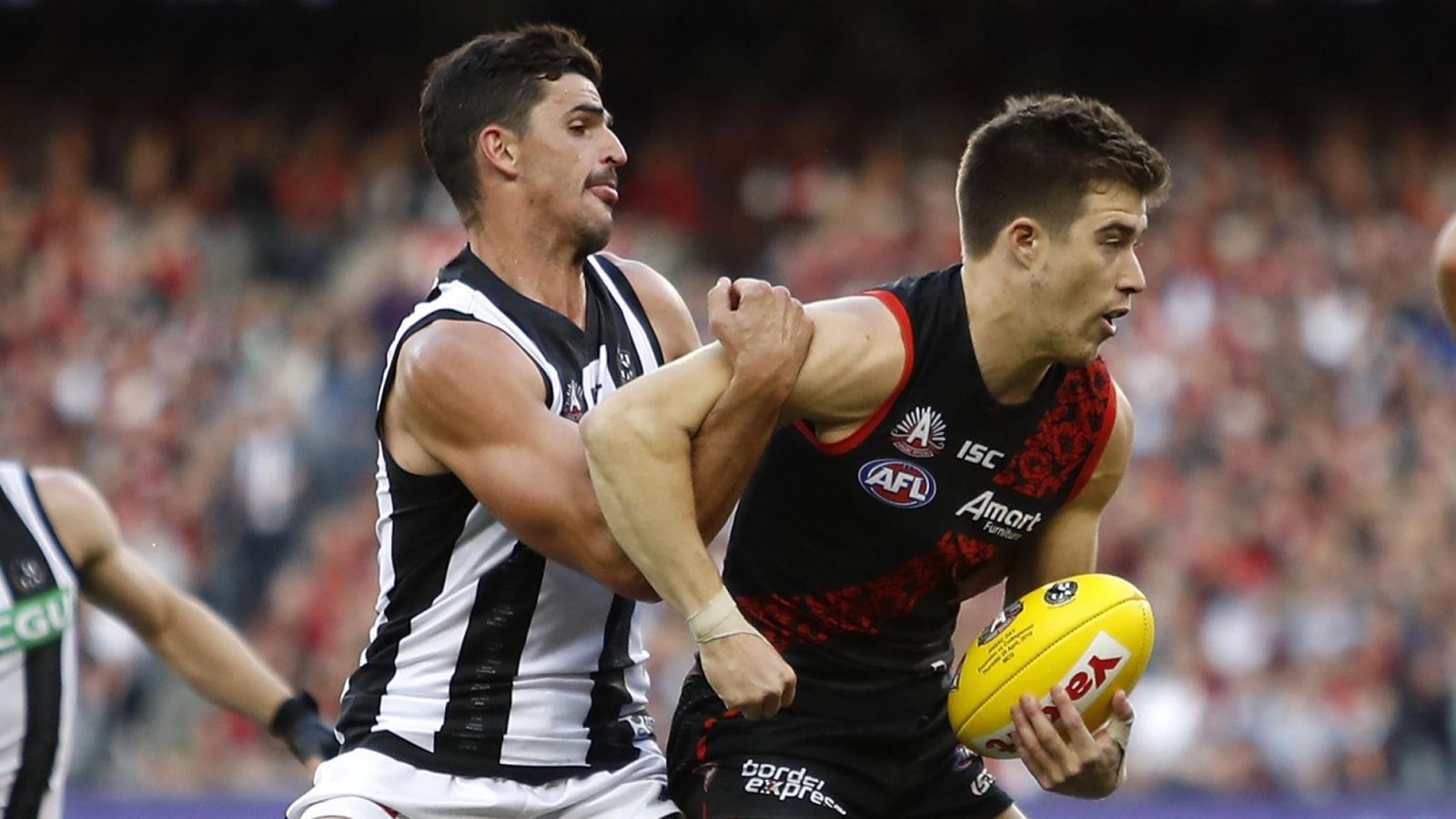 The final round of the 2019 AFL Premiership Season kicks off on Friday night with a blockbuster fixture that sees Collingwood take on Essendon in front of a packed house at the MCG. Catch this huge clash from 7:50pm AEST.

The regular season is almost over, but that doesn't mean that Smatho & Hef have slowed down at all! Episode 29 of the DFS Down Under show dropped on Wednesday night including a discussion around late outs as well as a comprehensive preview of this Friday night match! Subscribe to the show on Youtube and go into the running to win a cool DraftKings hat!

*CHECK OUT OUR MAGPIES VS BOMBERS CHEAT SHEET*

The Bombers have been conceding a ton of points in recent weeks, almost reaching Gold Coast Suns territory. They’ve conceded the second most in the competition over the last five games and don’t look like turning things around anytime soon. On the other hand, Magpies rank as one of the stingiest teams in the competition in terms of conceding fantasy points. The takeaway from this? Lean towards Magpies stacks.

We just mentioned that the Bombers are by far the leakier team of the two, however, one position that this isn’t the case is in defence. Despite recent blowouts, the Bombers have remained firm in their ability to limit opposition defenders from racking up touches. On the flip side, the Magpies have given up the fifth most points to opposition defenders this year.

A position certainly worth giving a lot of thought this week is the midfield. The Bombers have given up the second most points to opposition centres over the last five weeks with an average of 94 per player. Further, you can see in the graph below that it’s the bottom three scoring midfielders that have been doing a fair bit of the damage. This means it may well be worth playing a couple of the cheaper Magpies midfielders who could be on for a ceiling game if the trend continues.

The last position we’ll be taking a look at is the rucks, and it doesn’t take a genius to work out what the play is here - The Bombers have no one in their ruck stocks capable of tying Brodie Grundy’s laces. The Bombers have given up the most points to the opposition number one ruck over the last five games, while the Magpies have given up the fourth least. Enough said.

Tom Jok ($3,500 MB / $5,000 DS) – Essendon rookie Tom Jok comes in for his first game at AFL level. He’s basement price at both sites and will give you that much needed salary relief. He hasn’t set the world on fire in terms of fantasy scoring in the VFL, so don’t expect too much.

Jeremy Howe ($6,600 MB / $10,510 DS) – Howe has found some consistent form in the back half of the season and represents good value at both sites. He’s scored 80+ in four of his last five games and should see his fair share of the ball on Friday.

Jamie Elliott ($5,800 MB / $9,200 DS) – There aren’t any premium forwards in this slate, so we’ll have to pick the eyes out of the mid-pricers. Jamie Elliott returned to form last weekend with five goals and 19 disposals and is still nicely priced at both sites. He could prove to be a really solid play if he stays hot.

Scott Pendlebury ($9,500 MB / $14,700 DS) – Pendles looks like one of best premium options in this slate. He loves playing against the Bombers and had a 148 against them earlier this season. He also posted 123 and 104 in his two meetings vs Essendon last year. Pendlebury is coming off a 137 last weekend and is a fantastic play. 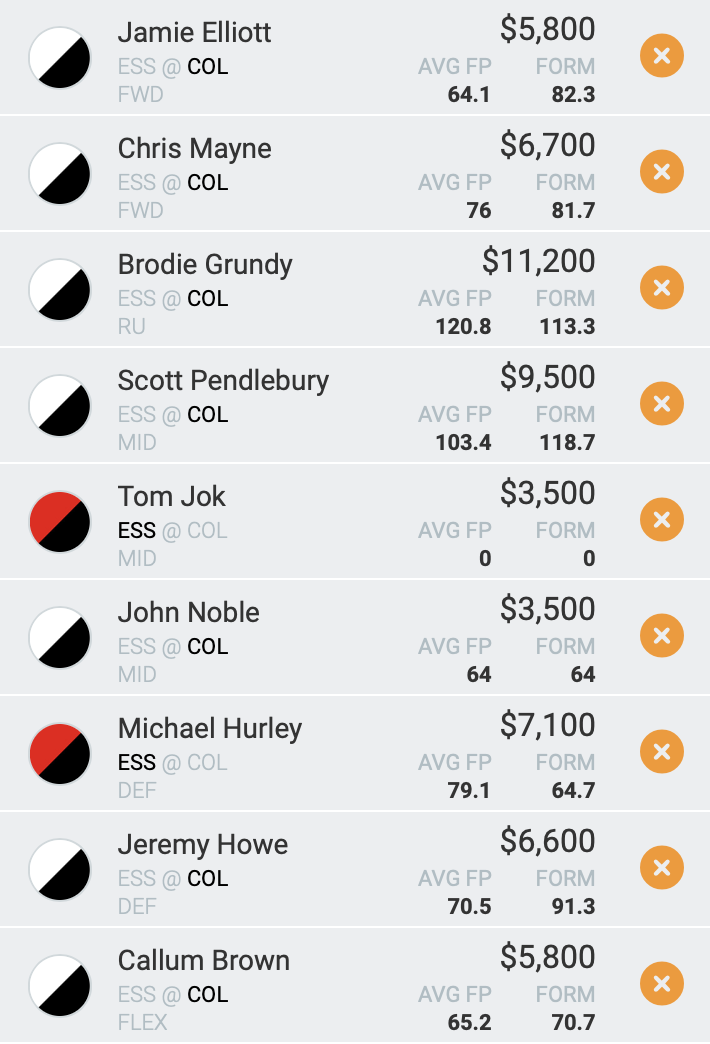